How does conservatism fare in Australia today?

There are of course some conservative voices to be found in Australia – but there are not that many of them around. And I happen to know quite a few of them. Having been involved in lobbying, the culture wars, and political commentary here for over three decades, I have seen some of them come and go.

Some have been around far longer than I and are still doing a valiant job. Fred Nile, the Christian conservative, is 86 years old, and has been a member of the New South Wales Legislative Council since 1981 – nearly 40 years! Babette Francis of Endeavour Forum just celebrated her 90th birthday, and her prolife and profamily organisation has been going strong since 1979 – over 40 years! 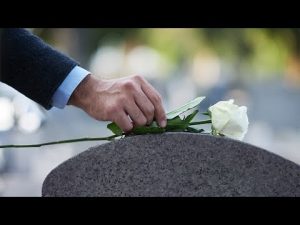 I am on dangerous ground here: once I start naming names, there are quite a few others worthy of mentioning. But many of these folks have retired from their activism or will very soon. Yes, there are also many young guns on the block, and I could mention many of them as well.

But aside from various conservative lobby groups and activist organisations, my main focus here is on the political realm, and to a lesser extent on the media. And here I am again loathe to mention too many names. Our Christian Prime Minister has been a bit of a mixed bag, and has been disappointing perhaps too often.

Sure, the old line – “well, he is better than Shorten” – is of course true, but sadly it may not take us very far. And that would be true of various other conservative leaders and politicians: they often may not be all that terrific, and all we can do is say that compared to their political opponents, they have at least some merit.

I recall talking with one such fellow not long after I arrived here in the late 80s. I had already known him, and all Australians would know of him if I mentioned his name. I was talking about the importance of the pro-life cause and he told me straight out that abortion was just not an issue to run with, as there would not be enough people in favour of challenging it – there would not be enough votes in it.

While that might be more or less true, and while political realism is always important, sometimes standing up for what is right, regardless of how popular or unpopular it is, is the best and most honourable way to proceed. But sadly the number of committed and consistent prolife politicians both federally and in the states are far too few. Again, I should not name names, but I must single out just one: Victorian MP Bernie Finn has been about as relentless and outspoken on this issue as you can possibly be.

As to the media, I have discussed – or rather lamented – before the rather so-so nature of Sky News: while it is nice that some conservative voices can be found there, way too often they are much more accurately described as libertarians and free marketeers, and NOT actual conservatives.

And overwhelmingly most are secularists, agnostics or even atheists. Very few conservatives who are also committed Christians can be found there. And it shows. Too many times I have had to just turn it off, as the line-up of prime time hosts so often just let down our side – or at least my side.

I have given examples of this in the past. Just one more: not too long ago we had Paul Murray and most of his ‘conservative’ allies smirking and basically making fun of a ‘bonking ban’ while the lone lefty actually tried to defend it! You know the state of Australian conservatism is pretty abysmal when that sort of thing happens.

But at least one conservative, Matt Canavan, did try to give a bit of a case for why such a ban might be reasonable. It is so sad and discouraging when most of our ‘conservative’ spokespersons are basically on the same page as the left on so many key moral and cultural issues, such as abortion, homosexuality, and related issues.

But let me conclude by sharing a terrific piece that just appeared today in Quadrant magazine. It very nicely makes the case that I have been trying to make. It is by Stuart Lindsay, a retired Federal Circuit Court Judge. It is short enough that I will feature all of it here:

I have read Victoria’s Change or Suppression (Conversion) Practices Prohibition Bill 2020 very carefully. I know its evils. I understand its malign and epochal significance. I also know the Bill will become law early in 2021 and will not be amended in other than inconsequential ways, and then only to cater for certain Upper House members who are actually very keen to vote for it but wish to gesture some modicum of “reluctance” at doing so.

As I explained almost a year ago, ordinary citizens will risk imprisonment if they speak out against the chemical, psychological and physical mutilation of confused children and adolescents who believe, or are being told, they were born in the wrong bodies.

Premier Daniel Andrews has no reason to compromise. He is a hard-core cultural marxist surrounded by like-minded ministers and a well-rewarded bureaucracy that has come to include a politicised Victoria Police, all of which are as enthusiastic as is he about extinguishing the last flicker of Judeo-Christian influence in public policy and in the law itself. The Victorian and national media, with rare and somewhat erratic exceptions, never challenge him. Indeed, when Peta Credlin grilled Andrews about the hotel quarantine debacle, she was derided by journalists who had been for the most part incuriously content to take down Andrews’ stenography and leave it at that. It was a lack of curiosity that came as Victorians submitted this year to the most intrusive regulation of their personal lives of a citizenry in the history of Western democracies.

Why would Andrews & Co consent to alter even one phrase in this bill? What incentive is there for them to do so, however truthfully and competently and clearly we argue the case? They will not be persuaded. Hard-core leftists do not hearken unto truth or reason.

As to the Opposition, no hope of there. Liberal leader Michael O’Brien’s ‘team’ is feeble, disunited and, on issue after issue, a dictionary illustration of political impotence. Indeed, it seems almost to contain as many members viciously anti-Christian and homosexualist in background as the government itself. As a senior Victorian Liberal recently put it in private conversation, “One-third would be at home in The Greens and another third are wind vanes, the rest are on the outer.”

What, then, is to be done? We are obliged by conscience to oppose this new law as effectively as possible. But how can we effectively respond to its passage through Parliament, given the present political disposition outlined above?

It seems to me that Christians and even their non-Christian conservative auxiliaries must take this chance to ensure the Liberal Party finds its backbone or is eliminated as a viable political force. If the party fails on this issue, any of us within the party must leave it. We must persuade those who finance it and manage it to abandon it, as if it were a sinking ship, which it is. We must expose and oppose the pusillanimity and faithlessness of its leadership. We must encourage its eminence grise (national and state) to abandon them, John Howard and Peter Costello to begin with. Do they want any legacy at all? This is the party that facilitated the desecration of the Marriage Act, and whose current federal leader, our Prime Minister, abstained from voting on the Bill that achieved that desecration.

This particular fight on this bill will be lost but much can be done to start upon the creation of a genuinely conservative opposition which would reflexively and, based upon religious conviction and native principle, fight to the death against bills of this kind in future.

This is a very brief explication of the position I have come to after much reflection. It is not a worthy endeavour to go through the motions of opposing an evil with allies we know will fail us. quadrant.org.au/opinion/qed/2020/12/seldom-seen-rarely-heard/

Terrific stuff – my sentiments exactly. Now that is a voice of conservatism that I can champion and promote. Well done Stuart Lindsay.

It should go without saying that this cry of despair over the sad state of Australian conservatism is not the end of the matter for me. Those who are familiar with this site will know that first and foremost I am a committed Christian. As such, I know full well that politics cannot save us, that a political messiah will never be our answer, and that we must always be realistic about the limits of politics.

Only Jesus can save us, and only a major turn to Christ will give this nation any real hope. At bottom our problems are spiritual in nature, and so only a spiritual solution can give us what we long for. But I am no pietist nor escapist. I believe both things are important. We must engage on the spiritual level, but along with that we need to engage in the other levels as well: the political, the social, the cultural, the intellectual, and so on.

So I will work to see a restoration of some true conservatism in the nation, while also knowing that in and of itself, it will only be a Band-Aid solution. At the very least, with what days I have left here, I can commit myself to praying even more and working even more.

Who will join me?

26 Replies to “The Death of Conservatism in Australia?”