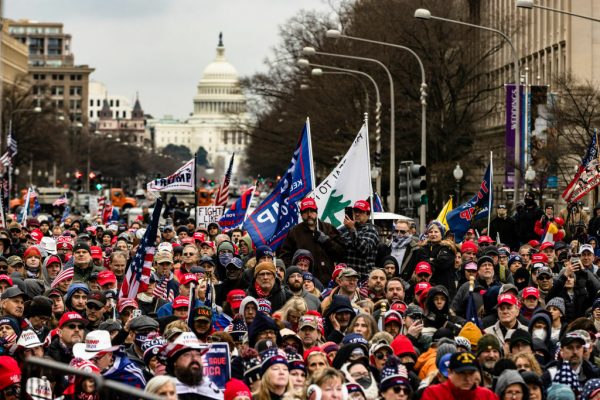 WASHINGTON, DC – JANUARY 05: Supporters of President Donald Trump gather in Freedom Plaza for a rally on January 5, 2021 in Washington, DC. Today’s rally kicks off two days of pro-Trump events fueled by President Trump’s continued claims of election fraud and a last ditch effort to overturn the results before Congress finalizes them on January 6. (Photo by Samuel Corum/Getty Images)