Women do not fare very well under Islam. They are mainly treated as second-class citizens, and their lot is a very difficult one, certainly in Muslim-majority countries. Given how poorly they are treated, very few Islamic women are willing or able to speak out, rejecting the subjugation and humiliation they must endure.

Here I wish to focus on two voices speaking out on the issue of women in Islam. One is a hardline Muslim male writer from Saudi Arabia who clearly does not want women to advance in any way, but to remain in their chains. The other is a woman, a former Muslim from Pakistan, who is doing all she can to defend and liberate other Muslim females.

The contrast between the two could not be greater. Consider the first voice. One headline about him runs as follows: “Working women should be molested: Saudi writer”. Hmmm, not exactly pro-women here. The article goes as follows:

“Abdullah Mohammad Al Dawood, who writes self-help books including one called The Joy of Talking, has stirred fierce debate this week via the internet microblogging service with the use of the hashtag harass female cashiers, to press for Saudi women to be forced to stay at home to protect their chastity.

“His campaign against official moves to encourage women to work in mixed gender environments has led some Twitter users to denounce him. Others however applauded him as a fighter against government efforts to westernise and corrupt the country.

“More than half a million Saudi Arabian nationals, including unprecedented if still modest numbers of women, have surged into the country’s private sector since late 2011 under a government-driven programme aimed at turning the Gulf giant’s sclerotic non-oil economy into a regional powerhouse.

“Khalid Ebrahim Al Saqabi, a conservative cleric, endorsed Al Dawood’s calls and said a law proposed by the government against sexual harassment in newly mixed workplaces was ‘only meant to encourage consensual debauchery’.

“He added: ‘Why is the labour minister concerned with finding jobs for women instead of men?’ Al Dawood, who has more than 97,000 followers on Twitter, justified his call to harass female workers by using an obscure story from the early days of Islam about a famous warrior, Al Zubair, who did not want his wife to leave home to pray in the mosque.” 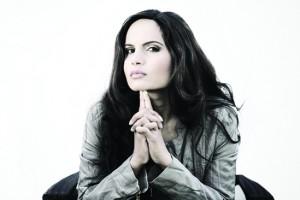 Coming from an altogether different place is Pakistani Sabatina James, who has left Islam and works tirelessly to help women and children still trapped in this archaic political ideology. One recent article on her opens as follows:

“When Sabatina James climbs the podium at the Danish Free Press Society, she immediately takes control of the room. It makes no difference that she has told her story many times before – the flight from the Muslim family of Pakistani origin, the conversion to Christianity and her tireless work for girls and women in the West who escape the ‘honor culture’. When she stands in front of the audience, her commitment makes us all feel chosen. We are torn between tragedy and humor while she tells her personal story, in between details of Islamic doctrine and culture.

“This is pertinent and painful to listen to. She speaks of what many of us have begun to understand: The problem of ‘honor’, the power structures, the violence and the hypocrisy within the Islamic world. And Sabatina James is as hard as a rock in her criticism of the West. She condemns politicians and the so-called ‘anti-racists’ as hard as she condemns the leaders of the Muslim world.”

The article continues, “Sabatina James is perfectly aware just how dangerous her work is. Still, she says what needs to be said: Europe has to stand up for the values that built the Western world. What we are experiencing now is a clash between two widely different civilizations.

“Islam is not compatible with democracy and freedom of expression. That was understood in Europe, and thus you separated the church from the state. This caused Europe to continue its development while the Arabic / Muslim world is still stuck in the 7th century,” says Sabatina James.

“Because the Muslim world is ruled by holy books, it will never get anywhere, she believes. It is impossible to create a healthy society with rational individuals, when the moral idol is a 7th century warlord. An idol who even took a 9-year-old girl as his wife, and considered it his absolute, holy duty to kill ‘infidels’. ‘It might have been acceptable in the 7th century, but as it remains a demand to view Mohammed as the perfect human being – which lots of Muslims do – then it doesn’t work,’ says Sabatina James.”

Part of an interview with her is also worth sharing here:

It was determined recently that a Swedish project about girls in honor cultures was a complete failure. In perfect Swedish style, the authorities tried by way of dialogue to make the young and their families reach a solution. That resulted in two girls being murdered, and in not a single case did a family realize that their girls have the right to decide over their own lives. Why do you think such a project failed?

“Because they consider you unclean! These people have no respect for you or for your system. In public, many Muslims say things that you want to hear, but that is just because they do not want to engage in open ‘confrontation’. I can compare that to my own situation. My father and my family members said one thing to the police and the social authorities. As soon as the latter had left, all their promises and fine words evaporated. Instead, honor had to be restored.”

In the Western world, the left used to fight for a secular society and was entirely opposed to religion. Nowadays they work with Islamists to introduce more Islam into society. What do you think causes this?

“My only explanation for this would be that it’s due to a minority complex. When the left has determined that a group constitutes a minority, it is constantly ‘exposed’. Minorities are considered flawless, everything they do wrong is considered to result from oppression by the majority.”

She concludes: “The Muslims are actually right, Westerners do not believe in anything. The lack of faith is making us weak, as individuals and as a society. We still have freedom of expression, but if it dies, all other human rights will disappear. Do not ever forget that.”

Sabatina James is one brave warrior. She knows she is taking her life in her hands here. She is really up against it: not just against all the anti-women sentiments and ideology in Muslim nations, but the “useful idiots” in the West who incredibly side with Islam and against the needs and aspirations of women seeking freedom and equal rights. Go figure.

4 Replies to “Islam: Who Will Stand Up For Women?”