And increasingly they have harnessed the might of the State to support them, coercing any and all recalcitrants to fall into line or else. My forthcoming book will look at all this in great detail, with fully documented examples from around the Western world. 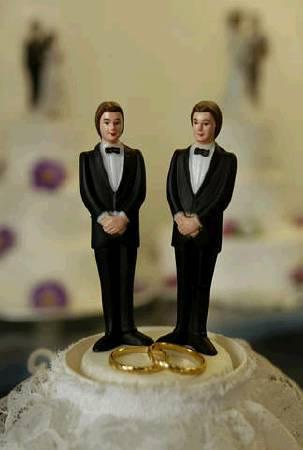 One recent flashpoint over all this is a new bill designed to promote freedom of conscience. Arizona Senate Bill 1062 which was passed last week by the legislature and awaits the Governor’s approval would allow certain groups to not have to provide services for events they object to for religious reasons.

The secular left and the lamestream media are going crazy about this one, claiming it will legalise discrimination. But the bill’s defenders say “the bill does not allow businesses to deny service to someone at an establishment such as a restaurant or coffee shop. The law looks to protect those with religious objections from being compelled to participate in or use their creative expression in circumstances that violate their conscience. Since there is no current law on the issue in the state, lawmakers hope to preempt situations such as bakers and photographers facing legal action for not working a same-sex wedding, as has occurred in neighboring states.”

Four recent commentaries on this have just appeared, and they each have helpful insights which are well worth sharing here. Albert Mohler says in part: “Christian automobile dealers can sell cars to persons of various sexual orientations and behaviors without violating conscience. The same is true for insurance agents and building contractors. But the cases of pressing concern have to do with forcing Christians to participate in same-sex weddings — and this is another matter altogether.

“Photographers, makers of artistic wedding cakes, and florists are now told that they must participate in same-sex wedding ceremonies, and this is a direct violation of their religiously-based conviction that they should lend no active support of a same-sex wedding. Based upon their biblical convictions, they do not believe that a same-sex wedding can be legitimate in any Christian perspective and that their active participation can only be read as a forced endorsement of what they believe to be fundamentally wrong and sinful. They remember the words of the Apostle Paul when he indicted both those who commit sin and those ‘who give approval to those who practice them.’ [Romans 1:32]….

“But the advocates of same-sex marriage are not friendly to the idea of toleration. One prominent gay rights lawyer predicted just this kind of controversy almost a decade ago when she admitted that violations of conscience would be inevitable as same-sex marriage is legalized. Chai Feldblum, then a professor at the Yale Law School, also admitted that her acknowledgement of a violated conscience might be ‘cold comfort’ to those whose consciences are violated.”

Blogger Matt Walsh said this about the Arizona bill: “The legislation simply solidifies a business owner’s right to act according to his or her religious beliefs (I say ‘further solidifies’ because the First Amendment already covers this ground pretty thoroughly). ‘News’ outlets like CNN, engaging in blatant editorializing (surprise!), refer to it as ‘the anti-gay bill,’ because part of religious freedom is the right to not participate in activities which you find mortally sinful.

“It’s not that business owners want to ‘refuse service’ to gays simply because they’re gay; it’s that some business owners — particularly people who work in the wedding industry — don’t want to be forced to employ their talents in service of something that defies their deeply held religious convictions.

“This shouldn’t be an issue, but it is, because some gays in some states have specifically and maliciously targeted religious florists, bakers, and photographers, so that they can put these innocent people in a compromising position, and then run to the media and the courts when — GASP! — Christians decide to follow the dictates of Christianity.”

“I can’t force a private citizen to involve himself in a thing which he finds abhorrent, objectionable, or sinful. And you know what? I would never try. Maybe that’s what separates liberty lovers from liberals. For all their talk about ‘minding your business’ and ‘this doesn’t concern you’ and ‘live and let live,’ theirs is truly an ideology of compulsion. The free speech and expression of other citizens must be tamed by the whip of their lobbying, legislating, and litigating.

“The above examples would not be prohibited by law. Same-sex sex has special protection under the law. Laws have been written that say a business cannot refuse to support the behavior of people who engage in same-sex relationships and marriage. This is tyranny of the highest order. The First Amendment was drafted to protect speech, popular or not. My view of unpopular speech and someone else’s view of unpopular speech are equally protected.”

Finally, Ryan Anderson says this: “Part of the genius of the American system of government is our commitment to protecting the liberty and First Amendment freedoms of all citizens while respecting their equality before the law. The government protects the freedom of citizens to seek the truth about God and worship according to their conscience, and to live out their convictions in public life. Likewise, citizens are free to form contracts and other associations according to their own values.

“Competitive markets can best harmonize a range of values that citizens hold. And there is no need for government to try to force every photographer and every florist to service every marriage-related event. Freedom is a two way street. And it requires allowing others to do or not do things that we might choose differently for ourselves.”

But it has all been a one way street here, with the homosexual militants demanding full subservience, while those with differing views are deprived of their basic liberties. This is a terrific way to destroy freedom and democracy. And it is happening right under our very noses.

20 Replies to “You Will Comply, Or Else”