OK, another set of banner front-page headlines telling us that children do just peachy keen in homosexual households. Yep, it must be some rock-solid research there. After all, the mainstream media has run with it, and the homosexual activists are delighted with it, so it must be true.

What a joke. But the homosexual activists and their supporters do this all the time. We hear so many brainless headlines about how children just thrive in their alternative lifestyle households, and it always gets massive media coverage.

But is this really science, or simply propaganda? Well, I will let you decide. Consider the latest “study” which all the MSM outlets have trumpeted. Indeed, the media from around the world has picked up this University of Melbourne study big time, with no questions asked as to the adequacy of the methodology.

Here is just one such headline: “Children with same-sex parents happier and healthier than those from traditional families, study shows”. And what was the sound scientific method used for arriving at such conclusions? Oh, they asked for “volunteers” from their own homosexual buddies to answer a few questions.

Self-reporting was their “scientific” means for getting this info. Um, do you think there might have been a bit of bias in this whole affair? What if I told you that three of the five-member “research” team are in fact homosexuals or lesbians, raising children in their own households? In fact, the lead researcher Dr Simon Crouch is one of these three homosexuals! 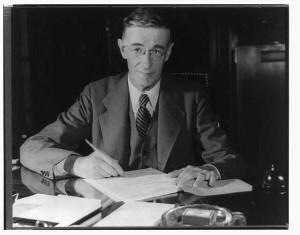 Well, that ought to be a fair, non-biased and solidly objective bit of research then, shouldn’t it? No conflict of interests there! No agenda pushing there! Totally free of any concerns about the outcome there! Here is how they in fact describe “Recruitment”:

Initial recruitment will involve convenience sampling and snowball recruitment techniques that have been successful in other survey-based Australian studies of same-sex attracted populations including the Work, Love, Play Study and the Lesbian and Gay Families Study [59,60]. This will include advertisements and media releases in gay and lesbian press, flyers at gay and lesbian social and support groups, and investigator attendance at gay and lesbian community events. Discussion pieces and interviews with mainstream media outlets will help target families not engaged with the gay and lesbian community, as well as rural and remote families. Primarily recruitment will be through emails posted on gay and lesbian community email lists aimed at same-sex parenting. This will include, but not be limited to, Gay Dads Australia and the Rainbow Families Council of Victoria. Any parent over the age of 18?years, who self-identifies as being same-sex attracted, lives in Australia, and has children under 18?years of age will be eligible to participate in the study. Children aged ten years or over will also be asked to complete a questionnaire.”

Yes sir, that is some mighty fine research. Let’s just look at the quality of such research in similar areas. I know, let’s find out if kids in polyamorous homes are happy. Hmmm, now how can we do the research here? I know, let’s just ask the parents what they think! Yep, that will give us some solid, impartial results.

And are they actually looking for the truth here? Of course not, they are simply seeking to confirm their pre-committed biases on this topic. They simply want to get results they are looking for. And surprise, surprise, they get those results every time!

They are simply skewing the whole process, in other words, to get their predetermined outcomes. They want to defend their own lifestyle, and things like homosexual parenting, so they set up “research” which is guaranteed to give them exactly what they want. It is that simple – and that bogus.

Forget how actual research is done, with control groups and large randomly-drawn samples, and longitudinal studies and so on. Let’s instead just ask a few of our homosexual and lesbian buddies what they think about their own experiences. Yep, then we can pass that off as research.

And if it is not just asking the parents who of course will have an extremely biased and skewed way of looking at these matters, then ask the hapless young children. You know, ask a clueless 5-year-old who may have never known any other kind of upbringing if he or she is happy.

Of course they will say they are happy, as meaningless and unscientific as that all is. They have known no other way of being a child, and very few young children are going to start dumping on their own “parents” anyway. So yep, more credible and scientific research going on here.

Consider some more cases of parallel “research”. Imagine if some research was being conducted on bank robbing. I know, let’s ask the bank robbers what they think about their livelihood. “Are you happy in what you do? Would you recommend this line of work? Do you think there is anything wrong with it?”

Yep, we will guarantee that we get real quality objective social science findings out of a research project like that all right. What a complete and utter joke. All this is a complete farce. The homosexual activists are laughing all the way to the bank on this, and the completely clueless or submissive mainstream media simply run with it with no questions asked.

It will simply make the front page headlines, and be treated as if we now have conclusive, overwhelming proof that kids do just fine, and probably even better, in homosexual households. Of course this sham “research” has established nothing of the kind. It is pseudo-science used to push an agenda. That is all it is.

And of course the thousands upon thousands of social science studies which show beyond a shadow of a doubt that children do best, all things considered, when raised by their own married heterosexual parents is never even mentioned.

Of course not. Truth like this is far too inconvenient, so they will simply ignore it, suppress it, or try, incredibly, to rubbish it. And again, the totally biased and prejudiced mainstream media will never run with these sorts of studies anyway.

No matter how thorough the research, no matter how large the sample group, no matter how lengthy the longitudinal study, if it affirms what we all know by common sense, that children need a mum and a dad, the MSM will simply ignore it.

So all this is not science in the least, but advocacy and agenda-pushing masquerading as science. And all this is not reporting, but a lamestream media which has long ago stopped reporting, and has instead taken to editorialising and opinion making and formation.

That is the war we are in. For those who want to learn more about the fraudulent and laughable methodology involved in this shoddy research, I have several chapters in my book Strained Relations which deal with all this in great detail.

26 Replies to “And They Call This Research?”