Imagine if the Christian religion were responsible for some 250 million deaths over a 1400 year period. Imagine if the New Testament brimmed with passages commanding the death of the unbeliever. Imagine if we had daily headlines of bloody terror attacks done in the name of Christ by devout Christians.

Imagine mass slaughter of the innocents on the streets of New York, Boston, London, Paris, Sydney and other Western cities by armed militant Christians. Just how would our ruling elites and mainstream media be responding by now? 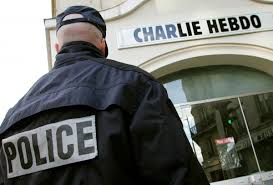 Do you think they would say, ‘Well, we can’t judge the whole bunch by a few bad apples. We must be tolerant. We cannot be judgmental. We must look within to see what we have done to cause all these Christian attacks. They were surely unstable people to begin with, and acting as lone wolves. This clearly has nothing to do with Christianity.’

Yet when we have exactly all this happening, except it happens to be done by devout Muslims, we live in denial, hide our heads in the sand, make Islam out to be a great and noble religion, turn the terrorists into the victims, and make every excuse in the book for them.

The duped dhimmis in the West in other words are just as responsible for these daily terror attacks as are the attackers themselves. By defending the attackers and blaming the West instead, they are simply enabling and encouraging plenty more such attacks.

I have already had an absolute gutful of the clueless wonders in the lamestream media repeating their diabolical mantras about “Islamophobia” and “racism” and “xenophobia” being the root cause here, and how we must tolerate Islam, and how this is simply the work of a deranged lone wolf, etc, etc.

The dhimmis at our ABC for example have been running these lines ever since the 12 Parisians were murdered by Islamic jihadists. Hardly anyone is even using the ‘I’ word. Fox News is one of the rare exceptions here, willing to speak of “Islamist executioners”.

But most of the MSM has been morally repugnant here, and they seem to be acting as agents of Islam. There is no other way to describe their treasonous actions. CNN for example actually attacked the satire magazine Charlie Hebdo for “going over the line” in offending Muslims.

Hey, CNN, let me bring you back down to planet earth. Charlie Hebdo was proud to be an equal opportunity offender. They were provocative and attacked everyone, whether Christians, Jews, or anyone else. And guess what, all these groups who were regularly attacked by CH did not find the need to purchase assault weapons and gun down the editors, the police and others.

Why is it that only one religion in the world – a political ideology really – seems so intent on killing every last man, woman and child who dares to differ, who dares to disagree with this death cult? Why have Christians or Jews or Buddhists not bombed CH?

And the Associated Press said “We Won’t Use ‘Deliberately Provocative’ Images,” referring to the Mohammad Cartoons which Charlie Hebdo was willing to bravely run. Hey, stooges at the AP, I got news for you: claiming your religion means killing all infidels and waging holy war against all non-Muslims is being provocative, not showing a few lousy cartoons.

And remember that Obama and other world leaders were also keen to attack CH for running with these cartoons, claiming they were “offensive”. Well, I find these useless leaders offensive. Give me some satirical cartoons any day of the week over bloodthirsty murdering jihadists.

Every media outlet in the West, if they had the slightest bit of guts, should be running these cartoons in solidarity with their murdered brothers in Paris. But no, these clowns are doing all they can to claim these attacks are somehow our fault, and we are to blame for any jihadist attack.

My Wednesday appearance on The John Oakley Show was dominated by the breaking news from Paris of this morning’s murderous assault on the satirical magazine Charlie Hebdo. Unlike so many of the supposedly “edgy” “satirists” on this side of the Atlantic, congratulating themselves on their transgressive “bravery” at one back-slapping awards ceremony after another, the editors, writers and cartoonists of Charlie Hebdo were genuinely brave – and paid for it with their lives.
I did not know at the time I spoke to John that among the dead was Stéphane “Charb” Charbonnier, the editor of Charlie Hebdo and a great cartoonist in the French style. Two years ago, he said: It may seem pompous, but I’d rather die standing than live on my knees. He did. He was an heroic figure, and he paid for it with his life. But he wasn’t being in the least bit pompous, merely stating what ought to be far more obvious to far more people.

As I say, the dupes in the media and our ruling elites are actually collaborators with the jihadists. And as such, they ought to be punished with similar severity to those with the fingers on the triggers. Those throwing the bombs and those defending these miscreants are really cut from the same cloth, and are both to be condemned.

A new novel just released by award-winning French author Michel Houellebecq, called Submission, deals with a near future in which France is controlled by sharia law, with a Muslim President ruling the country. His is a work of fiction, but it really should be put in the non-fiction section of bookstores.

With over 5 million Muslims in France, this country, as I have documented so often already, is well under way to becoming a Muslim nation under sharia law. This is not fiction, but reality coming soon to a nation near you. And with dhimmi tools running most Western countries and media outlets, it will likely happen far faster than this French novelist imagined.