Any culture which teaches its people that it is perfectly OK to kill their own babies is a culture that will end up with plenty of hardened hearts and deadened consciences. It is impossible not to. To sink to such a moral low point where we can no longer even question whether killing unborn babies is wrong is to reach the terminal point of society.

Indeed, it is even worse: it is really a hatred of life. It is a pro-death mindset which poisons everything. Those biblically inclined will know this perfectly well. As we read in Proverbs 8:36: “All who hate me [God] love death.” Yes exactly. God is a God of life, so to reject God is to reject life, and choose death. 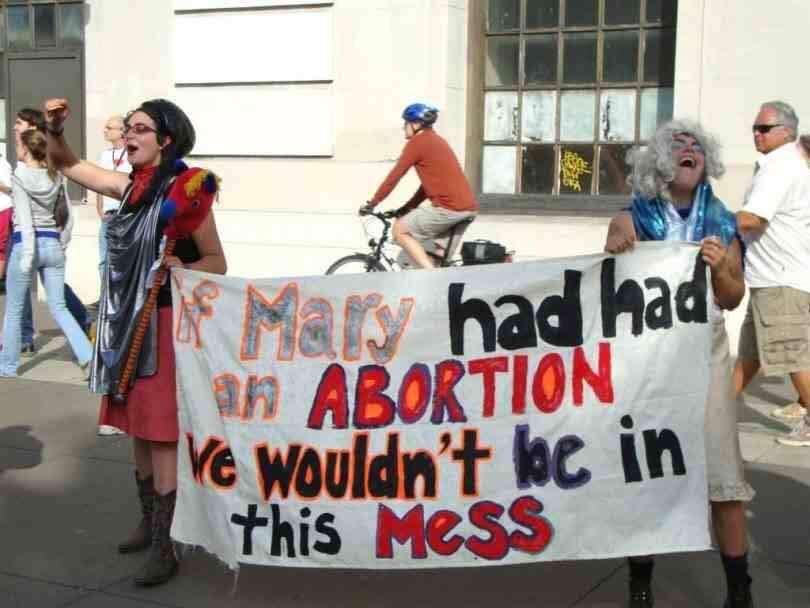 The abortion death cult is sadly not limited to the abortion mills. Those who embrace this culture not only hate life but hate those who do choose life. Thus it is not surprising to see ugly attacks on prolifers occurring all too often. A very recent attack in Australia is a tragic case in point.

A handful of prolifers in Albury were peacefully praying outside of an abortion mill when a frenzied attack took place, resulting in an elderly man being taken to hospital. The story is as follows:

A retired farmer and Vietnam war veteran has been felled by an unidentified young man outside the Fertility Control Clinic in Albury, New South Wales. The victim, Greg, who is in his seventies was taken by ambulance to Albury Base Hospital where scans revealed a fractured jaw. He also suffered an injury to his back.
In video obtained by LifeSiteNews, the younger man is seen approaching the member of the Helpers of God’s Precious Infants and assaults him. Greg raises his own arm as a natural act of self-defense and steps back. While he is on the back foot, the younger man then moves forward to deliver a punch. The force of the blow is enough to send him into the fence where the back of his head strikes it.
The offender then walks back to his car where two young children were waiting inside. At the same time witnesses rushed from all directions, including one woman who stopped her car to give aid.
But it could have been much worse. When Greg fell to the fence his head struck the upper level. If he had been standing any further away from the fence when he was punched, his head would have instead hit the lower brick section at a more dangerous angle. A medical professional who has viewed the footage confirmed that the resulting head injury could have easily sent him directly to an intensive care unit. Surviving that type of injury can come down to the exact placement and angle of the trauma.
Reaction on social media was swift, with one woman commenting: “Everyone classes anyone who punches a 70yo Vietnam vet as the lowest form of scum. It’s not acceptable in any circles as with punching a woman.”

Please watch the video which is found in the first link below. It is shocking. But this sort of hatred is, as I mentioned, inherently bound up in the pro-death culture. When you can hate babies so much to murder them in the womb, you are capable of hating anyone and anything.

A local TV station did have a short piece on this. In it the champion prolifer said he feels sorry for the attacker: “A 68-year-old pro-life protestor says he feels sorry for the man who punched him outside Albury’s abortion clinic. Greg Cummins was taken to hospital with a fractured jaw but says he will continue to stand up for what he believes.”

The news clip actually shows the attacker returning and mooning the prolifers. Wow, what a terrific guy. This sort of hate is what we would expect from those who regard babies as expendable commodities. Just as slave owners hated Blacks and treated them as non-persons, so too the pro-death camp hates babies and treats them as non-persons.

The greatest irony of the short news item was a pro-deather saying “We are totally against violence. We do not want violence down here”. Um, what!? You are against violence? Well, just what do you call what is taking place every day in your abortion mills? If this is not violence against the unborn in the most extreme form, I don’t know what is.

One of the great saints involved in this rescue mission in Albury, Anna von Marburg, wrote this last month:

Fresh new attacks on the Helpers have come out over the last couple of weeks. Great suffering is being endured to maintain our presence at the clinic. I know I am in the presence of saints in the making. I am truly blessed.
Why is this happening? Because our prayers and presence are effective.
I didn’t email last week, but the week before that, the clinic was closed again, I believe for the eighth time this year. Yes, women will still have abortions even if they aren’t having them in Albury. But it’s a long drive to Melbourne to think about what you are about to do and we know that some of these women will change their mind when faced with such distance and expense and the fact that people actually think it’s wrong. Lives are being saved. Hearts are changing.
My dear friends, the battle is upon us. Despairing souls need us. This opportunity to stand as a Christian in this town for a matter as important as this may not pass your way again. Please join us…

Yes, please join Anna and the team if you can. But this attack was not an isolated incident. It happens way too often sadly. The pro-death crowd really do hate those who stand for life. Consider another story, this time from the United States.

Abortion activists have assaulted a group of pro-life people in Albuquerque, New Mexico who set up a display of pro-life signs on an overpass bridge in order to share the pro-life perspective with motorists. Bud Shaver emailed LifeNews.com with more on what happened:
“Members of Protest ABQ were attacked on Wednesday while conducting a peaceful overpass protest. A woman and her son began verbally berating members of Protest ABQ and then the woman proceeded to take down the signs and then threw them from the overpass,” he said.
The pro-abortion woman also didn’t appreciate the pro-life advocates recording her violent tirade on their cell phones.
“The woman also grabbed the phone that was recording the incident and then threw it from the overpass,” he said.
Shaver continued: “Activists representing Protest ABQ were simply exercising their first amendment free speech rights, which apparently cannot be tolerated by rogue citizens of Albuquerque. This woman who claims to care so much about children is nonetheless willing to teach her son to hide the truth about what abortion does to children. Her son can even be heard on the video saying, “Look at that dead baby, somebody killed that…” but he follows the example of his mother and joins in the attack.”
Shaver told LifeNews that the pro-life people contacted Albuquerque police but, by the time they arrived, the pro-abortion woman and her son fled the scene.

More demonic hatred. One might just possibly understand such hate if it were directed against, say, Hitler and the Nazis. But when it is directed against ordinary men and women who simply want to protect babies, then you know this sort of hate comes straight out of the pits of hell.

We need to pray like never before: pray for all those brave champions who are standing on behalf of the unborn, and pray for those whose hearts are hardened with hatred and bitterness that God’s love would break through. And it you are not yet personally doing anything for the unborn, even if it is just to pray, then you need to repent and ask God to give you his compassion for those being led to the slaughter.

6 Replies to “The Ugly Abortion Ethos”