The radical sexual social engineers hate children, hate family, and hate society. And they are doing a really good job of destroying all three. In the name of bogus rights and sham science, they are unleashing a wave of terror which is causing all sorts of harm.

By pushing phony notions of equality, the trans activists are causing all sorts of mischief and mayhem. On a regular basis now we are seeing reports of how these activists are preying on vulnerable women and children. And even if these are just cross dressers (a slightly different kettle of fish), real problems continue to arise. 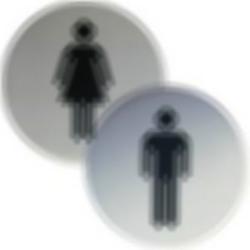 Consider a few recent examples of this. A report out of Washington DC is just one of many:

A man — who was dressed as a woman — is accused of spying on women as they used the bathroom at a Wal-Mart store in Woodbridge. Police in Prince William County said the incident occurred May 15 around 10:30 p.m. at the mega store at 1400 Worth Avenue. Authorities were called to investigate a report of a peeping incident.
A 53-year-old woman from Woodbridge told police that while she was using the restroom inside the Wal-Mart, an unknown man stood in front of her stall. The man tried to use a mirror to see into the stall. When the victim confronted him, he fled the restroom.

There have been a number of such stories coming out in the press. A story from last year is also very worrying:

A sexual predator who falsely claimed to be transgender and preyed on women at two Toronto shelters was jailed indefinitely on Wednesday. Justice John McMahon declared Christopher Hambrook — who claimed to be a transgender woman named Jessica — was a dangerous offender.
The judge said he imposed the indefinite prison sentence because there’s a great risk that Hambrook will commit more sex crimes and require strict supervision if he returns to the community. “I am satisfied there is no reasonable expectation that a lesser measure would adequately protect the public from Christopher Hambrook,” said McMahon.
He noted the Montreal man, 37, attacked four vulnerable females between the ages of five and 53 in Montreal and Toronto over the past 12 years.

And another earlier story is also a cause of real concern.

A transgendered man permitted to use the women’s locker rooms at a Washington college has created uproar among parents who say their children have been repeatedly exposed by him. At the center of the controversy, Colleen Francis, a 45-year-old student at Olympia’s Evergreen College who identifies as a woman but with male genitalia, says she has a right to use the facilities and the school agrees.
‘The college cannot discriminate based on the basis of gender identity,’ Evergreen Spokesman Jason Wettstein told KOMO. ‘Gender identity is one of the protected things in discrimination law in this state.’
Taking their own action, however, parents of children who use the facility – sharing the pool’s locker room with a high school swim club and children’s swim academy – have turned to the police. ‘[A mother] reported her daughter was upset because she observed a person at the women’s locker room naked and displaying male genitalia,’ a police report filed by a 17-year-old’s mother in September read.

There are far too many cases like this occurring and it can only continue to escalate as the trans madness takes full flight in a morally and mentally exhausted West. One person who knows all about this is Denise Shick. Hers is a harrowing story of what happens in this surreal world. She begins:

From the time I was nine, my father decided he was a woman. He became “Becky.” Sort of. The truth is no amount of hormones or cosmetic surgery could change my dad into a female. Of course, not even a simulated tampon could change his natural biological sex. His DNA still said male in every cell. No matter how much make-up, cosmetic surgery, and dresses he wore, my dad was a male who, after all, had fathered children with my mother. That is reality.
We are in the cultural grip of what the American Psychological Association celebrates and champions: creating a genderless society at the cost of reality. Glamour magazine recently naming Caitlyn Jenner its 2015 “Woman of the Year” is only the tip of the iceberg. So society continues down delusional lane by reinforcing unhealthy ideals of gender and favoring a pretend world of identity politics that manufactures gender-confused children. These children are being pushed to reject their bodies as biologically male or female. Instead, they’re being told to choose a range of gender fantasies.
It is telling that media’s most celebrated transgender boy, Jazz Jennings, told Cosmopolitan: “A lot of transgender individuals are attracted to mermaids and I think it’s because they don’t have any genitals, just a beautiful tail.” Mermaids are neither real nor human. This is a make-believe world that tells children never to grow up, and to live forever in their fantasies.
Americans can no longer believe that this issue will not affect them personally. It already does. Hollywood produces shows such as “Becoming Us,” “Orange is The New Black,” “Jazz,” and Bruce Jenner’s reality show to make sure they come into your living room. Many Americans are naïve to the bigger implications behind the transgender movement, which destabilizes the family unit.
Just look at what’s happened in Oregon. Legislation there allows 15-year-old children to have sex reassignment surgery without parental consent, even though these children would need their parents’ consent to get a tattoo, smoke, or donate blood. Lori Potter of Parents Rights and Education says, “This is trespassing on the hearts, the minds, the bodies of our children. They’re our children. And for a decision, a life-altering decision like that to be done unbeknownst to a parent or guardian. It’s mindboggling.”
These kinds of laws and bills should be considered child abuse. Especially when 70 percent to 80 percent of those kids will spontaneously lose those feelings, according to Paul McHugh, the former chief of psychiatry at Johns Hopkins University and one of the few honest voices on this. Meanwhile, the rest of the medical profession enthusiastically embraces this idea, alongside the big pharmaceutical companies.

Her entire piece is well worth reading. This is madness multiplied, and our children are among the biggest losers here. And it is not just religious conservatives who are quite appalled at all this. Even hardcore feminist icons like Germaine Greer have expressed their outrage at this insanity. As was recently reported:

Author and ’60s radical feminist Germaine Greer is coming under fire after telling the BBC that transgender “women,” such as Bruce Jenner, are not women and that they don’t “look like, sound like, or behave like women.”
Greer was responding to a petition that was being passed around by leftist activists demanding that Cardiff University cancel a lecture by the radical feminist scheduled for November 18 because of her history of making statements questioning transgenderism.
Criticizing Glamour magazine’s decision to name Jenner “Woman of the Year,” Greer told the BBC, “I think misogyny plays a really big part in all of this, that a man who goes to these lengths to become a woman will be a better woman than someone who is just born a woman.”
Greer suggested that Jenner’s transition was part of an effort to gain attention in the public eye. “It seems to me that what was going on there was that he/she wanted the limelight that the other, female, members of the family were enjoying and has conquered it, just like that,” she added,
When Greer’s comments provoked a backlash, she responded in a strongly worded statement, saying that simply because a man gets his genitals removed and wears a dress doesn’t make him a woman. “I’ve asked my doctor to give me long ears and liver spots and I’m going to wear a brown coat but that won’t turn me into a fu**ing cocker spaniel,” she said.

She certainly took a beating for saying the obvious, but I am so glad she did speak out. This is sheer insanity, and as the links here demonstrate, women and children are especially suffering with all this transmania. It is time to call a halt to this war on children, on families, on society and on biology.

It is time to get back to reality. But I realise that the gender benders are not the least bit interested in reality. They are simply interested in their social and sexual deconstructionism. The sexual anarchists seem to have as their highest goal and chief aim the destruction of society. And they are doing very well at it indeed.

6 Replies to “The Trans Assault on Women and Children”