The West has fallen so far, so fast, that madness is now the majority mindset, at least for our elites, our intelligentsia, our rulers, and our experts. Almost every time they open their mouths you can expect something idiotic to come out. Moonbattery has become an art form, and we all suffer as a result.

This is nowhere more clear than in the recent war on sex distinctions. Up until recently everyone knew as a matter of basic biology that we have a male sex and a female sex. A male has xy chromosomes and a female has xx chromosomes.

This is a matter of fact, or reality. But the social and sexual revolutionaries have not only declared war on our culture and our society, but they have now declared all-out war on reality as well. Their insatiable thirst for the destruction of all things has gone that far. Even reality and basic biology are now in their gunsights.

So we now see not just two sexes, but as many sexes as you want. The number is actually infinite since anyone can decide for any reason to be whatever they want, any time of the day. There is no limit. Sex is now not based on chromosomes or reality, but whatever you happen to feel like or identify with.

So if you are a man who self-identifies as a woman, no problemo. Go for it. It is your choice and that is all that matters. Instead of male and female, the activists are insisting that we all describe ourselves as whatever we want. Thus the term “non-binary” that is so often being heard nowadays. 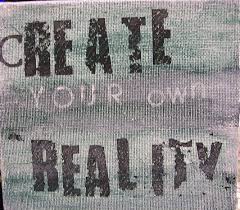 Well sorry, but there are a few of us who are still not buying into this lunacy. These folks are not non-binary but non-brainery. Whenever you place yourself against reality, you are indicating some clear problems upstairs. Indeed, until recently, when someone thought he could transcend reality, he or she we locked away for their own safety, and for the safety of society.

Now we give them phony PhDs, put them on talk shows, elect them to office, and have them control the airwaves. Now they dominate in positions of power and influence. In fact, you can even find these anti-reality revolutionaries in our churches.

Examples of all this madness are now legion. Each morning I shudder when I open a newspaper or turn on the news to find new blood-curdling examples of this. Consider just another new shocker of a case of this:

The father of a 17-year-old student is campaigning to change Britain’s banks because he cannot find one that will give his child, who identifies as genderqueer and non-binary, an account – because all the online application forms require customers to be either male or female.
Keith Farnish, 45, told BuzzFeed News that he and Kaelin, who live in a small village in the Scottish Borders, have gone to bank after bank in a quest to find just one that will allow them to join up without having to tick one of two gender boxes.
“When you’re filling something in and you don’t identify as male or female and you only see those two boxes then you don’t see yourself there,” said Farnish. “You are absent. That must hurt, and that’s what makes me angry. There’s no reason for it. It doesn’t need to be like this.”
Their attempts to open an account came during a wider mission to reconcile all official documents relating to Kaelin – who uses the pronouns “they”, “their”, and “them” – that exposed another barrier for anyone who doesn’t identify as male or female: You cannot apply to university unless you tick one or the other.

Um folks, let me assure you. I am not making this up. This did not come from a satire site. This has actually happened incredibly. So let me see if I have all this straight. Every bank in the UK, if not the world, must now change – and just forget all the cost, all the hassle – because a few non-braineries, I mean non-binaries, demand that they fit in?

Right, got that. So let’s just run with the logic of that. Some folks might claim they do not like or need oxygen. So let’s demand the whole world work on banning oxygen, to make these folks fit in. After all, we don’t want to violate their basic human rights now do we?

And some folks may not like trees (they were obviously born with the condition tree-o-phobia) and in order not to discriminate against such folks, we must chop down every tree we find. Or consider those poor souls who are peoplephobic. Not sure why they have to be discriminated against. So maybe governments can just start bumping us all off, until only the peoplephobes remain, and they can then bump each other off.

All this idiocy is due to a war against reality. Reality is now simply a matter of who or what we identify with. End of story. And if you don’t accept me and my preferred identity, then you are a bigot, narrow-minded and hate-filled. And soon enough we will pass laws to ban such identity-phobes.

Yeah, well I guess I can play that game too. The sky is the limit here of course. In fact, why even let the sky limit you? That is bigoted and discriminatory as well. If you identify as a gravity-defying object, then forget the lousy sky and its limits. Fly baby fly!

So let me offer a few more to the list. And remember, there can be no limits here, once you have declared that reality does not exist, and/or that reality is whatever you decide it should be.

-I self-identify as a three-toed sloth, and I demand that every bank and every other institution on the planet now cater for three-toed sloths on all their forms – and pronto.

-I self-identify as a millionaire, so I expect my bank to show large sums of money in my account.

-I self-identify as a handsome movie star so I demand that Hollywood gives me a leading role ASAP.

-I self-identify as a 7 foot basketball player of exceptional talent, so I expect the LA Lakers to hire me now.

-I self-identify as a major political identity, so I expect all the free travel perks and privileges, a lifelong cushy pension, etc.

-I self-identify as a cat, and demand litter boxes be available in all public places.

-I self-identify as the head honcho at Facebook, so I demand Zuckerberg stand down right now and hand over control to me – the real boss.

-I self-identify as a toll road – one that covers all the earth. So from now on I demand that all car drivers pay me a regular hefty toll. If they refuse, they are toll road-phobic, and should be jailed.

-I self-identify as the President of the United States of America, so I hereby decree the current round of elections are over, I am POTUS for life, and you better get used to it – or else.

-I self-identify as a cactus-eating pink baseball bat. I fully expect all governments to now cater to my special needs and wants. I do not just expect this – I demand it.

-I self-identify as a poor, persecuted rhombus, and demand that all triangles, circles and heptagons be banned immediately, since they always get preferential treatment and they make me feel bad.

As I say, anyone can play this game. The formula is terribly simple. One simply has to:

-self-identify as anyone or anything you like
-claim victim status and discrimination
-demand preferential treatment and affirmative action for your reality
-expect the whole world to cater to your special needs without complaint
-celebrate and promote your new identity and lifestyle
-expect to make the rounds of all the TV talk shows, being lavished with praise and honour for your “courage” and “bravery” in coming out

That’s it. You too can play this game and win. It really is that easy. So hop on board. It is a lot of fun. And in joining in here you ensure that the West will self-destruct in a very short period of time. The Communists and the Nazis are all wondering why they didn’t think of all this much sooner.