It is expected of course from the secular lefties. But sadly one can get just as much from the religious lefties. Both arms of the left seem to operate using similar tactics and methods to silence others and avoid actual debate. Ad hominem attacks and the like are common, and for the religious lefty a few other tactics can be quite common.

One is to play the ‘we are more Christlike or more moral or more compassionate than you are’ card. If we do not buy their preferred political and economic options, such as various forms of socialism, we are said to be un-Christlike. But never mind the fact that Jesus of course was not a socialist, nor were the disciples. 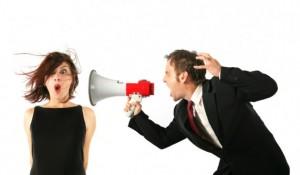 They also try to take the moral high ground, claiming we are wasting time by being concerned about such things as the slaughter of the unborn, the war on marriage and family, the steady spread of stealth jihad, etc. Because we care about things like pornography, homosexuality and abortion, they claim we are hung up on “personal morality” issues.

And when we actually use facts and evidence, refuting their silliness with strong argumentation, they pull the cry-baby routine: ‘you are hurting my feelings; you offended me’ you are not being very Christlike or compassionate’ etc. I get this all the time from these guys.

It is a terrific conversation stopper. It is a swell way to close down any debate. Just start whining about how you are a victim and how a few words made you feel bad. That beats dealing with the issues. These evangellyfish will even go ballistic if you call them evangellyfish.

Instead of getting a bit of righteous indignation over millions of dead babies, Christians being tortured and killed around the world, or marriage and family being savaged, they will throw a hissy fit over a bit of rhetoric. That tells me all I need to know about their priorities.

I really tire of such folks to be honest. The truth is, as Mark Steyn rightly put it, “The left does not want to win the debate, it wants to shut down the debate.” Yes, they seem uninterested in actually debating, and instead throw out these complaints about being hurt by what is being said.

As to the use of rhetoric, they are simply wrong when they claim a spirited debate is somehow unbecoming of a believer. The Bible is full of strong rhetoric. The prophets, Jesus and the disciples all employed it regularly, as I explain here: billmuehlenberg.com/2007/04/18/rhetoric-the-bible-and-the-believer/

I recently came upon two excellent articles, both by David French which also deal with some of these matters. He is worth quoting from in both pieces. His first is “Christians, Don’t Fall for the ‘Compassion’ Trap”. He must have the same experiences that I do, since he quotes some lefty Christians and their criticisms, and they sound just like what I get. He begins:

He quotes a lefty who says that by standing against the homosexual activists, etc, we are not being “loving”. The critic also regurgitates the old furphy about Christians not being called to change society, etc. Try telling that one to Wilberforce for starters. French continues:

You’ll see a number of variations on this same theme whenever there’s an argument about religious liberty — especially when religious liberty conflicts with sexual liberty. Christians should love the opposition, and to some people loving the opposition means either sitting out the fight or watering down the message to the point of impotence. I have a few objections.
First, there is no inconsistency between defending our culture from the latest sexual “reform” and loving our neighbors. It is compassionate to women and children to argue that governments and businesses shouldn’t render them more vulnerable to sexual predators. And if you believe the words of the Bible, there is nothing compassionate about acquiescing in the latest cultural demand to normalize immoral and troubled behavior. Yes, transgender men and women need the love of Jesus, but if by our words or deeds we contribute to the notion that their “transitions” are perfectly acceptable, we’re contributing to their own tragic self-mutilation.
Second, when one actively opposes Christians who are seeking to preserve religious liberty and opposing the relentless march of sexual decadence, then they marginalize and isolate their own brothers and sisters. For those few Christians who have the courage to stand against censorship, there is nothing more discouraging than enduring opposition and vitriol from fellow believers. I’ll never forget comforting a sobbing Christian client who filed suit to allow her Christian club to stay on campus — only to wake up the next morning to discover that a coalition of pastors and ministry leaders were the first to oppose her.

His conclusion is spot on:

I see the appeal of the “loving” approach. Very few people relish these kinds of conflict, and it’s never fun to be labeled a bigot. Moreover, it’s intoxicating to hear the Left’s applause. They always like the “thinking” Christian who sees things their way. But these Christians are loved not because they’re pulling secular progressives closer to Jesus. Instead, the Left loves those who help them win.

His second article is entitled “Small Acts of Cowardice Are Destroying Our Culture”. As I have often said, I can understand why 98% of Christians will never speak out on the vital issues of the day. All the criticism, hatred and nastiness you get can put anyone off. And when it is mainly armchair Christian critics blasting you for what you do, while they do nothing, that especially hurts.

No wonder I so often just want to give up altogether. The constant complaints and attacks and abuse really can take their toll. But Jesus did not give up on me, so how can I give up on him? French has similar things to say:

Early this morning I was reading Rod Dreher’s blog at the American Conservative and stumbled across yet another dispatch from the utterly absurd bathroom wars. One of his New York City readers wrote in to say that her 14-year-old daughter had just finished dressing in a city locker room when a grown man stepped from the showers wearing only a towel. Girls as young as seven were present, and they were staring at the man with “concerned expressions.” The reader ends her e-mail with, “It sucks to be a parent these days.”
And indeed it does suck, especially when you know that even your friends and alleged allies are simply too timid to act. Dreher describes speaking to parents who tried to organize resistance to new “trans” bathroom policies but found they “couldn’t get anybody interested.” I’ve had the same conversation with other frustrated parents. They look for help in the fight — even from people who they know oppose this idiocy — and no one will stand up.
This is how culture wars are lost: through the slow accumulation of individually defensible but collectively unjustifiable decisions not to resist. It’s the decision that objecting during diversity training simply isn’t worth the hassle. It’s the decision not to say anything when you see a colleague or fellow student facing persecution because of their beliefs. It’s a life habit of always taking the path of least resistance, keeping your head down, and doing your best to preserve your own family and career. The small fights don’t matter anyway, right?

On campus, liberal students find no shortage of progressive professors who are willing and eager to enable their advocacy, and even join in campus protests. Conservative students, by contrast, find that their few ideologically sympathetic professors tend to shun controversy. Even fellow conservative students largely stay out of campus battles, preferring to keep their heads down, graduate, and join the “real world” with their records intact.
The contrast with the Left is profound. For progressives, no issue is too small to address and there is no such thing as just letting an injustice pass. The result is an unrelenting, grinding, one-way campaign of social change, conducted with an air of moral superiority and cultural condescension. It remains daunting right up until enough people put aside their cowardice and reasonable resistance prevails.

I’ve often found myself thinking of William Butler Yeats’s classic poem, “The Second Coming.” In it, Yeats ponders societal collapse, writing: “Things fall apart; the center cannot hold.” In our nation, the center didn’t even try to hold. The “reasonable” people made the easy choice to go with the flow of cultural upheaval. These are the “best” people, those with good jobs, good families, and sensible thoughts. But, as Yeats understood, there are times when the so-called best fail. They “lack all conviction,” surrendering the field to the worst, those “full of passionate intensity.”

As I say, it is no fun fighting the left. They fight dirty, and will resort to any lowdown tactic to win. And sadly many in the religious left seem little better. They will try to convince you that Jesus would never protest outside of an abortion clinic or boycott a pro-homosexual business allowing men into girls’ bathrooms.

And yet they will happily inform us that of course Jesus would join in a revolutionary guerrilla movement, or occupy the offices of transnational corporations. They seem to have a stranglehold on who Jesus is and what he would do. And there is no question that folks like Wilberforce received exactly the same criticism:

‘Now Wilby ol’ chap, don’t you know that Jesus loves the slave owners, and by being so political, you are not showing the love and compassion of Jesus? Plus all your abolition activity is such a waste of time: we should just be preaching the gospel to these folks instead. So be more like Jesus and stop this angry activism.’

I have a feeling God does indeed care about things like the slaughter of unborn babies, the full-frontal assault on his institutions of marriage and family, and so on. He cares, and we should care. So my advice is to just ignore the religious lefties who will forever criticise you, pretending they are somehow morally superior and more like Jesus.

We have a job to do, and protecting our loved ones, our children, and our unborn is a big part of it. So keep on keeping on, and don’t worry about the left and their constant carping.

11 Replies to “Sometimes We Just Need To Ignore Our Critics”