Advances in Assisted Reproductive Technologies have allowed us to create human embryos, but our moral abilities have not sufficiently advanced for us to recognise that killing such new life is wrong. We should have learned our lessons from history, with the Nazi experiments coming to mind, but I guess we have not.

The same vacuous thinking predominates in the abortion debate, of which the issue of IVF is intricately bound. Consider the long-standing case about the war between Sofia Vergara and her ex-partner over two frozen embryos. As one news report states:

The battle over Sofia Vergara’s embryos took an extraordinary turn Tuesday — when a right-to-live lawsuit was filed on behalf of the fertilized eggs against their mom. The female embryos are listed as plaintiffs “Emma’’ and “Isabella” in Louisiana court papers, which come amid Vergara’s knock-down, drag-out legal battle with former fiancé Nick Loeb, sources told The Post.
Loeb had already sued the “Modern Family” star in California for custody of the embryos, which the couple created when they were still together in 2013. The potentially landmark new case in Louisiana — a traditionally pro-life state that offers special legal protections for frozen embryos — also lists the embryos’ “trustee,’’ James Charbonnet, as a plaintiff, sources said. 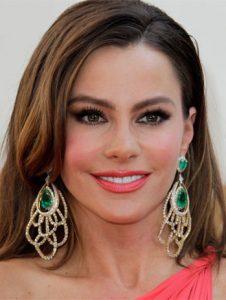 I wrote about this case when it first broke, so for more details see here: billmuehlenberg.com/2015/04/17/ivf-babies-and-frozen-peas/

I began that article this way: “So what do babies and peas have in common? Well, both can be frozen and later thawed. While it is convenient for us to eat vegetables in this fashion, babies are not vegetables. Yet unborn babies are treated in similar fashion in the world of Assisted Reproductive Technologies.”

But this newest development to the case has got the pro-aborts in a tizzy. (BTW, I like how one dictionary describes that phrase: “A state of nervous excitement or agitation: ‘he got into a tizzy and was talking absolute tosh’.”) For example, resident arch-feminist and pro-abort Fairfax writer Clementine Ford has just penned a lulu of a piece on this.

She has long sung the praises of baby-killing, even boasting of her own personal experiences of this. So she was quite livid about this case, employing the usual stream of emotionalism, ad hominems, and mutilated “reasoning”. Most of the piece was a vain attempt to deny the obvious: that the newly formed embryo is a full and unique member of the human family, deserving of full protection and respect.

Of course I have made that case not only in hundreds of articles already (323 to be exact), but in a full length book as well. But she simply regurgitates the same old tired – very tired – objections. For example, she incredibly hauls out the old canard about sperm! Consider this doozey:

Embryos do not and should not have legal personhood, which isn’t to say they can’t be privately envisioned as people by mutually consenting couples. Yes, they contain human genetic material but so do dead skin cells. So does the hair that society conditions women to remove from their bodies. For that matter, there is surely no greater source of potential human life than that contained in a single masturbatory emission from a humble penis.

Oh good grief – now she gets her science from Monty Python’s The Meaning of Life (recall the song “Every Sperm is Sacred”). And we are supposed to take her seriously? Um, let me provide this gal with a very basic lesson in biology and embryology.

So both Ms Ford and Python are wrong: a sperm is not sacred, but a newly formed embryo is special and unique, because it is a new human life which deserves the same protections that any other human life deserves. What do “dead skin cells” have to do with anything?

And she repeats the old myth that abortion is about “my body,” so a woman can do whatever she wants with it. But if it were her body then she would be the one that dies in an abortion. However, she continues to live – it is just the baby she is carrying that is killed.

Ford bemoans the fact that Vergara might be put “into the untenable position of potentially having children she doesn’t want.” Oh poor Sofia. The truth is, countless parents throughout their lives have not exactly always “wanted” their children, especially during tough times: the tough teen years for example. So does being fully wanted alone determine whether these children should live or die?

And she is happy to play the lame “men, just butt out” baloney: “It is not Nick Loeb who’ll have to bear the physical trauma of carrying twins for nine months (and that’s if implantation is even successful, which is not a given), and nor will the majority of lawmakers who take a firm stance against abortion ever have to experience pregnancy or childbirth. To them, the theoretical concept of ‘life’.”

Ten years ago she was saying the very same nonsense, and she still has not changed her tune. It is hoped that as one ages, one matures morally and mentally. But to simply repeat something over and over again, no matter how wrong it is, instead of actually putting together a coherent and rational argument, is the usual way the secular leftists operate.

Here is what she told me on this site ten years ago. Men, she said,

have no right to project their own sense of morality on a woman’s body, when it’s the woman who definitely has to bear the emotional and physical strain, and sometimes the financial strain, of having a baby. Until men can experience the often unpleasant feeling of being pregnant, asserting their moral judgement in these matters seems to be what is truly unhelpful. And for the record, having experienced the first trimester of pregnancy, I can say that the so called ‘baby’ inside me felt nothing more than a particularly invasive bodily distress.

As I replied at the time:

But attacking others is a major means of “debate” for the lefties. It happens all the time. Here she demonises Loeb and attacks him as “unstable” and “someone who sounds like a complete sociopath”. And she actually believes that by doing so she has somehow won the argument!

As I say, this is typical secular left “argumentation”: demonise and attack the character of the person you are meant to be debating. Attribute all sorts of dangerous psychological states to them, thus dismissing and not having to deal with their arguments.

I am reminded of when another wild lefty, Dan Savage, was debating conservative writer Peter Hitchens on Q&A a few years ago. Savage did the exact same thing – attacking anyone who disagreed with him – as he told Hitchens: “You’re paranoid and you’re projecting by saying we are intolerant.”

See, this is the intolerance. Because I hold an opinion different from his, he has become suddenly a qualified psychoanalyst who can tell me – who can tell me that my opinions which I am entitled to hold. This is the absolute seed bed of totalitarianism. When you start believing that the opinions of other people are a pathology, then you are in the beginning of the stage that leads to the secret police and the Gulags. You’ll have the whole world to yourself soon. You can’t imagine anybody else is entitled to hold a view different from yours without having some kind of personal defect. That’s what’s wrong with you.

Same old same old. The secular lefties all run with the same play book. Forget about arguments, evidence, facts and rationality. Just attack your opponent, repeat ad infinitum, ad nauseam useless mantras as if they are fact, and presto: you vainly imagine you have won the debate!

Oh, and for good measure, Ford manages to throw Donald Trump and the Ku Klux Klan into her “argument” at the end. But these lefties love running with non sequiturs and other logical fallacies. It sure beats dealing with the real world and with real arguments I guess.

In the meantime the two human lives are being tossed around as a political football. Contrary to another logical fallacy Ford runs with – that is, the false dilemma – there is a third option here: if Sofia does not want them, abortion is not the only other option.

Many other couples would love to adopt embryos such as these and show the love and care that Sofia and Clementine are unwilling or unable to provide. Chucking Emma and Isabella down the drain like so many frozen peas is not what a compassionate and caring society does. It is however what heartless and monstrous tyrannies have done in the past and still seek to do.

12 Replies to “How Not To Think about IVF and Abortion”