Totalitarians and fascists have always sought to demonise their opponents, in part by marking them out from the “normal” majority. They are clearly identified one way or another as recalcitrants, and treated accordingly. Simply consider how Jews fared as the Nazi regime occupied various European countries: being forced to wear a yellow badge in the form of a Star of David.

Millions of our young men gave their lives to fight these totalist regimes and to preserve our cherished freedoms. But a new totalitarianism is descending upon the West, and it comes in the form of the militant and totalitarian rainbow activists. 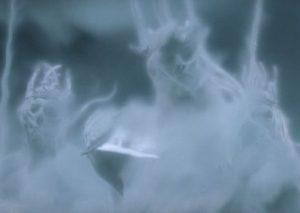 This site has documented hundreds of cases of pink fascism at work, and every day a new horror story emerges. I have recently discussed how various corporations are pushing the activist agenda, and how those who refuse to toe the line have suffered as a result.

A few days ago Sydney’s Catholic archbishop Anthony Fisher spoke out against this very thing:

Businesses should not use their commercial power to hold managers, employees, customers and the broader community to ransom on matters unrelated to the purposes of the business. The CEOs and managers of corporations have additional responsibilities to shareholders to pursue only the proper purposes of the company and to maximise profits within reason.
In our polity, corporations enjoy various privileges such as legal personality and perpetuity, limitation of liability, corporate tax rates, protections of intellectual property and bankruptcy law, et cetera, on the understanding that they will use those advantages only for their well-understood commercial purposes, and not so as to become a Fifth Estate governing our democracy.

He is exactly right, but things have gotten even worse since then. Just yesterday we heard of yet another attempt by the corporate world to ram homosexual marriage down our throats:

Some of the country’s biggest businesses have upped the ante in the crusade for marriage equality by asking Australians to wear a specially designed “acceptance ring” until same-sex marriage is legalised. Led by accommodation provider Airbnb and supported by Qantas, ANZ, Fairfax Media and Foxtel, the Until We Belong campaign has been billed as the “most public declaration for marriage equality” so far.
The initiative calls on Australians to signal their support for same-sex couples by committing to wearing the ring, created by designer Marc Newson.
Airbnb Australia country manager Sam McDonagh said the campaign would involve the distribution of “hundreds of thousands” of the distinctive black metal rings to its hosts and guests, business partners and “key influencers”.
Qantas staff and cabin crew would wear them, he said, while Google Australia has also provided rings for its 1300 staff to wear. “Our goal is to build momentum around the issue of marriage equality and spark those conversations about acceptance,” Mr McDonagh said.
The move is likely to fire up the debate about the role of corporations as lobbyists for contentious social causes, which has attracted criticism from some conservative politicians and religious leaders in light of the recent public hounding of brewer Coopers into pledging support for Australian Marriage Equality.

Critics will claim that this is voluntary, so what is the big deal? But they are being either naïve or disingenuous here. The pressure which will be brought upon those who refuse to go along with this will be enormous. Will the recalcitrant be denied promotions, be singled out for harassment, or even unfairly dismissed for not being part of the “corporate culture”?

One can already see the growing discrimination and opposition those not taking and proudly wearing the ring will experience. Thankfully many folks have already spoken out about this worrying new development. Sophie York of the Marriage Alliance said this:

Almost every day, Marriage Alliance hears from an employee who has come under pressure at work to participate in an activity or donate funds to support the push to redefine marriage. Now we see big corporates giving away free jewellery to those who take the pledge, while providing an easy way to identify those who disagree with the company agenda. We know activists will stop at nothing — even accessories — to target people for demise.

As one Qantas employee said in an email: “I’d hate to be a Christian flight attendant explaining to their manager why I wasn’t intending on wearing the ring… or to a gay colleague on the other end of a cart doing a meal service. Talk about a bad initiative for crew cohesion and its impact on service, let alone safety.
“Of course Qantas would say they’ll never force someone to wear the ring. But the spokesperson and the CEO are not the ones at a safety critical coalface being forced to deal with the potential fallout of rainbow ideology being shoved down people’s throats and potential conflict in an environment where teamwork is critical.”
An employee of one of the big four banks, who is “constantly bombarded” with same-sex marriage propaganda, also expressed concern that: “As a Christian, this puts employees like me in the position of having to justify my faith against my employment… A sad state of affairs in a country where freedom of religion was once a prized right.”
The ring brands the non-wearer as a “bigot”. It’s dressed up as being all about “love”, but the implied threat is that any employee of one of these corporate cheerleaders who doesn’t wear the ring will be branded a “marriage-denier”, ostracised, and denied promotion.

This is ridiculous – and even oppressive. Bosses at big companies like Qantas and Google have “suggested” their employees wear black rings with a gap to show they support same-sex marriage. Or show that they have a future at their company, perhaps, because it’s not quite clear how this push for “tolerance” quite works now.
Cut&Paste nails it:
Gay marriage supporters unleash the power of the Ring! The Fellowship of the Ring by JRR Tolkien, July 29, 1954:
One ring to rule them all, one ring to find them. One ring to bring them all and in the darkness bind them.

Yes there are some eerie overtones here of the Ringwraiths in action. This “voluntary” ring policy is simply more discrimination and bigotry in action. How long before those who refuse to bow the knee to the rainbow warriors are forced to wear yellow patches with the words, “I am a hateful bigot” or some such thing?

21 Replies to “The Rainbow Ringwraiths”