Leftist activists and militants never let the facts get in the way of a good ideology. After all, facts, evidence and sound arguments would put an end to their moonbeam agendas, so they stay well clear of them. Thus they simply emote instead, and seek to bully and intimidate into silence anyone who dares to differ. 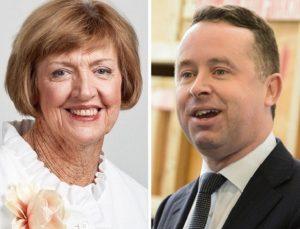 That is how the homosexual activists operate par excellence. That is what they do. They emote, they yell a lot, they seek to shut down all debate, and they seek to demonise everyone who has an opinion that differs from their own. That is their normal operating procedure.

We see all this perfectly played out in the current war over Margaret Court and her comments on Qantas and homosexual marriage. All the details of that tragic and ongoing saga I have offered elsewhere: billmuehlenberg.com/2017/05/26/big-business-radical-agendas-people-power/

So let me try to make a bit of sense out of this whole debate. Just what is actually going on here? Let’s look at a few simple truths:

-Qantas is in bed with Emirates Airlines. On April 1, 2013 the alliance was formed, and it is still going strong.

-The alliance of course is all about money, as are all business alliances. It sure is not about deeply held principles and moral concerns.

-Emirates of course is based in Dubai, United Arab Emirates.

-The UAE is a Muslim majority nation on the Persian Gulf. It is a federation of 7 emirates.

-Being a Muslim nation, homosexuality is of course illegal there. There is even a question whether the death penalty applies to homosexuality there. But homosexuals are certainly targeted in that nation. Consider just a few cases of what happens in Dubai, as reported by Wiki:

The legal and social sanctions against LGBT people mean that no formal LGBT organizations or nightclubs exist in Dubai. One nightclub called the Diamond Club sponsored a special night for the LGBT community, featuring a British cross-dressing DJ, only to be shut down by the Government. In 2011, two men were caught having sex in a car and were sentenced to a year each in prison. Both men were deported following their prison terms.
In 2012, police arrested two Indian men for having consensual sex in a public toilet at a bus station. Both were jailed for six months each and were deported following their prison terms. In the same year, a 28-year-old British man who drunkenly had sex with another man in public were both sentenced to three years in jail followed by deportation. On 21 March 2012, police raided and broke up a gay party consisting of 30 men. On 7 June 2012, a Belgian man admitted to police that he was in a homosexual relationship with a Filipino. He was arrested and jailed for a year to be followed by deportation.
In 2014, Karen Mke and Kamilla Satto, two transgender women from Brazil, were arrested at a hotel nightclub in Dubai for “imitating women.” The women were not allowed to leave Dubai once their passports were taken, and faced criminal charges.
On 9 August 2016, Canadian-American model Gigi Gorgeous, who is transgender, had her passport taken and was detained by officials at Dubai International Airport, due to authorities not recognizing her gender as legitimate. She was released after being detained for over five hours.

-Alan Joyce, the CEO of Qantas, is an out and proud homosexual.

-He is using Qantas as his own personal lobby tool, promoting all things homosexual, whether the rest of the Qantas team like it or not. What was to be the premier Australian flagship is now simply his own political lobby group, to push his personal lifestyle preferences.

-Joyce is especially incensed with former tennis great Margaret Court for daring to say that she believes marriage is only a heterosexual affair, and she will not fly with Qantas because of its radical homosexual agenda being forced down the throats of everyone.

-He and his homosexual buddies have declared war on Court. Court must be really evil – she actually dares to state that she favours marriage between a man and a woman. Horrific!

-Joyce and Qantas have said absolutely nothing about their partnership with Emirates, and the fact that the nation it operates from arrests those found out to be engaged in homosexual acts.

So let me just try to get this all straight. Business deals with nations that fiercely persecute homosexuals are just peachy, but an Australian tennis great merely expressing her point of view on the matter is the devil incarnate. Right. I see how all that works – I think.

But it is not just Joyce and Qantas who are up to their ears in hypocrisy and double standards, as well as complete irrationality. I have had plenty of folks blast me and Court over the past few days, accusing us of everything under the sun.

They especially hate our supposed lack of “diversity” and “acceptance”. Hmm, there sure seem to be a lot of double faults being served up by all these critics. So let me see if I understand all this aright: A CEO of a company is allowed to push his lifestyle and personal political views on to an entire airline and everyone else, yet when a tennis great dares to share her beliefs on such an important matter, she is treated like Attila the Hun.

I see. Gotta love all that diversity, acceptance and inclusion! Never mind that the double standards and hypocrisy are all lost on these folks. Never mind that for a group that talks so much about tolerance and acceptance, they are the most intolerant and unaccepting group around.

Oh, and just for good measure, let me mention yet another example of this moonbattery. It involves a comment that has just come in to my website. It so perfectly illustrates the remarkable reasoning abilities, mental and moral clarity, and depth of insight of the activists. It really does put me to shame.

This guy has caught me out big time. I am utterly speechless. I simply have nothing to say in response. This was the guy’s actual comment: “Are you secretly gay Bill?” Yep. That’s it. The gig is up – he has certainly exposed me now. Of course that’s it.

What is that old saying about being a millionaire by now if I got a dollar for every time someone said something? Well, I sure would be filthy rich by now if I did get a buck every time I had these homosexual activists throw that line at me.

You would think that after it was used around 38 katrillion times, they just might come up with a new line of attack, or a new “argument”? Oh well, I guess not. So this is what we are up against. This is the sort of “reasoning” we must face. These are the sorts of “arguments” we must deal with.

This is the opposition we face. It sure don’t look pretty. But that is the nature of the beast, and that is what we must contend with.

Hmm, I wonder what new comments are awaiting me in my inbox.

29 Replies to “Gotta Love How the Activists “Think””