Recent news reports coming out of Western Australia about a proposal to legalise surrogacy for homosexuals has again brought to the public attention this contentious issue. These various new technologies are certainly opening up a brave new world which has many experts worried.

As to the WA proposal, one news item says this about it:

Same-sex couples in WA could soon be able to have children using a surrogate, under a planned shake-up of laws that the State Government concedes are outdated and discriminatory. An independent review of surrogacy and assisted reproductive technology legislation could also pave the way to allow donor-conceived people to access previously withheld details about their identity.
Health Minister Roger Cook confirmed the Government had been spurred on by national laws allowing same-sex marriage and concerns WA laws could be discriminatory. Most States allow same-sex couples to access surrogacy but in WA they are ineligible, prompting some gay men to travel overseas to access commercial surrogacy.
“The review is long overdue,” Mr Cook said. “The existing Western Australian surrogacy and human reproductive technology laws are outdated, discriminatory, and are currently out of step with several Australian States. 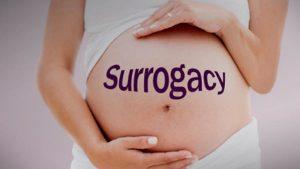 Hmm, whenever you hear words like “outdated” and “discriminatory” you know we are facing more activism and social engineering. Homosexuals of course cannot reproduce. It is biologically impossible for two men or two women to have children.

So they must resort to things like Artificial Reproductive Technologies (such as IVF or surrogacy, etc.), or rely on heterosexuals to help make babies for them. That alone should be a major reason why we should not endorse, normalise, and glamourise this lifestyle.

A line in a new Hollywood film promoting the homosexual lifestyle is quite revealing here. One character upset with the heterosexual paradigm actually says this: “Why is straight the default?” Um, maybe it has something to do with the basic fact that only straights can reproduce, and that until just recently it has been the only way the human race could continue to survive.

But leaving aside the controversial issue of surrogacy for homosexual couples, one can simply warn about surrogacy in general, even for heterosexual couples. There are many problems and dangers associated with it, but we seldom hear about this.

As part of my trilogy of books on bioethics, my third and final volume will be all about IVF and surrogacy. If you want to know in great detail why such things are so problematic, you will have to wait until the book is released. But in the meantime, let me simply offer each main section title, along with the first paragraph of it.

What follows then is what will be found in The Challenge of IVF and Surrogacy with extensive documentation and references:

Surrogacy is another form of assisted reproduction which is increasingly being utilised by anxious, if not desperate couples seeking to start a family. It is a bioethical issue which of course impinges upon life, but as we will see, on death as well. As such it needs to be carefully assessed. Like many other new means of assisted reproductive technologies (ART), it is claimed to help women, assist couples, and be a great social good. But a closer look at surrogacy reveals that there are certainly some darker sides to the whole practice, and caution must certainly be taken in this area.

When we go down the road of brave new families and the new biotechnologies, the whole notion of what is a family is raised, as is our understanding of parenthood and the parent-child relationship. All this gets thrown into the air, and confusion starts replacing certainty when it comes to family structure. As family commentator Maggie Gallagher has put it, “What is at stake in this debate is our fundamental conception of the family and the most primal personal right – the right to one’s own children.”

Also, there are various legal complications that can arise when a woman decides she doesn’t want to relinquish the baby. Numerous examples abound, but the Baby M case in America in the 1980s is a case in point. The baby in question was removed by the police from the natural mother, Mary Beth Whitehead’s breast and handed over to Elizabeth Stern whose only claim was to want a child of her own. Mary Beth was allowed to visit Baby M for two hours twice a week. At first, Baby M, smelling the mother’s milk, nuzzled at Mary Beth’s neck, but the court-appointed chaperone wouldn’t let Baby M nurse, lest that create a mother-child bond!

The Wellbeing of Children

While adults may be the winner in surrogacy arrangements, what about the children so conceived? How will they fare? I have already touched on this briefly, but more can be said. The simple fact that such children may have at least three “parents” involved in their creation may well raise serious concerns for them later down the track. Questions of identity must arise, as in other cases of assisted reproductive technologies. “Where did I come from?” “Who am I?” “What are my roots?” These and other questions arise when children are manufactured instead of born through the union of a mother and a father.

But, it might be objected, what about adoption? Is this not similar? Indeed, it might appear that the arguments against surrogacy can be equally used against adoption. However, there are a number of major differences between the two. A main difference involves the children themselves. As one relinquishing mother put it, “In adoption, a family sought a child in need of a family. In surrogacy, you are creating children for adults’ needs.”

There are basically two main types of surrogacy: altruistic and commercial. The former is meant to occur without any financial transaction taking place, while the latter involves money. But such a distinction does not always work – at least not the enforcement of the latter. For example, in Victoria there is a law against the paying of fees for adoption. The Adoption Act 1984 specifically prohibits the giving or receiving of any fees. Yet with the dawn of the Internet all that is coming unstuck.

What has just been said above should convince any sensible person to never countenance surrogacy, and certainly not surrogacy involving financial transactions. Yet incredibly that is still being argued for by many leaders and politicians. This is especially bizarre given how we are now taking so seriously similar forms of human trade. For example, many parts of the world are finally waking up to the great evils of human trafficking, and are starting to take action against it – and rightly so. This nefarious trade involves the selling of people – mainly women and children – to gratify the lusts of adults.

In surrogacy in particular, as in IVF technologies in general, the family group becomes a deformed freak: various combinations of blended and strange step-families emerge. One, two, three mums or more, perhaps several fathers, various unrelated siblings. And what of the hapless child? Even the wisdom of Solomon cannot prevent the child from ultimately being torn in two (or three, or four…), by the competing factions.

Not Just a Religious Issue

This entire chapter has of course made the case for concerns about surrogacy, not based on religion or various Holy Scriptures, but on other grounds. The next chapter will look at religious and theological reflections which can be brought to bear on this topic. But here I want to simply emphasise again the truth that this topic can be fully argued for or against on purely non-religious grounds. And the truth is, there are plenty of people concerned about surrogacy who are not the least bit religious.

As demonstrated in the information above, surrogacy is fraught with many problems and difficulties. The complications, the hurt, the exploitation, the crude for-profit considerations, and the potential for huge legal costs in lengthy court cases are all too great. It is a genuine grief when couples cannot bear their own children. But as commentator George Will has put it, “The desire for children is strong and wholesome, but life offers no guarantees, and good things can have prohibitive costs.”

In the final analysis, surrogacy is anti-family, anti-child, and anti-society. Ideally, all surrogacy arrangements, including so-called altruistic surrogacy, should be prohibited. But at the very least, perhaps the best recommendation we can offer about this practice is that of one Australian report. As the State and Territory Social Welfare and Health Ministers said in 1991, we “support legislation to give all surrogacy arrangements no legal standing”.

10 Replies to “Danger: The Many Problems with Surrogacy”