The loons on the left are certifiable. They are unhinged, they are militant, and they are hate-filled. They are getting increasingly nutty, and increasingly militant and thuggish, with violence more and more replacing debate and reason. Just the other day the Trump Walk of Fame star was smashed to bits in Hollywood. 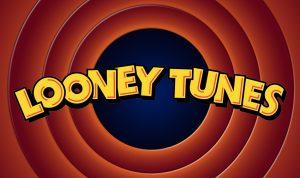 So-called Antifa demonstrators in the US are getting out of control. The same in Australia, with violent gangs of leftist thugs seeking to shut down public meetings with people like Lauren Southern or Milo Yiannopoulos. So the left is simply getting more militant and more anti-democratic as it gets more looney.

Several recent episodes demonstrate just how bad things are getting. Let me feature some of these new cases. I begin in California. We all know it is the land of fruits and nuts. That explains why they pass moronic laws that allow migrants to defecate on public streets with impunity, and allow those who deliberately pass along HIV/AIDS to no longer face felony charges.

So it should come as no surprise that Santa Barbara is the latest municipality there to actually ban plastic straws. Yep, straws. Those who work at restaurants and other venues that give out straws can actually be hit with a fine of $1,000 and six months in jail. I kid you not. As one person quipped: “2018: where abortion is glorified and straws are criminalized. What a time to be alive.”

Or as another commentator wrote:

Now, I’m a reasonable person. I may be a libertarian, but I’m glad that we live in a society with laws. For example: I am glad that if a person, say, murders another person, then that murderer has to go to prison. That seems totally fair to me. But six months in jail for handing a little piece of plastic to another person? I feel like you’d have to be bananas to think that’s even close to fair.
www.nationalreview.com/2018/07/plastic-straw-ban-santa-barbara-jail-time-punishment/

While concern for the environment is warranted, we at least need to get our facts right. As Matt Walsh reminds us:

In reality, your straw usage has almost no impact on the ocean whatsoever. That’s partly because the “500 million straws a day statistic” is invented, and partly because the United States as a whole contributes very, very little to the plastic waste problem. About 60% of the plastic in the Ocean comes from five Asian countries: China, Indonesia, the Philippines, Vietnam, and Thailand. Indonesia’s Citarum River, the most polluted river on Earth, is essentially a massive trash heap on a giant aquatic conveyor belt.
www.dailywire.com/news/33611/walsh-walsh-america-responsible-almost-none-matt-walsh?utm_source=facebook&utm_medium=social&utm_content=062316-podcast&utm_campaign=mattwalsh

And then consider this new headline from the UK: “Academics at Bath University are told to stop saying ‘as you know’ to ‘snowflake’ students ‘in case it makes them feel inadequate’.” The story begins:

Academics at one of Britain’s top universities have been urged to avoid saying ‘as you know’ in lectures for fear that ‘snowflake’ students will be left feeling inadequate. The advice was given at a meeting of Bath University’s equality and diversity network, where members were warned it might cause some undergraduates to feel dimmer than others if they did not know what was being referred to and as a result do worse in their degree courses.
Berenice Dalrymple, co-chair of the university’s student union race equality group, told the meeting: ‘Some lecturers used commonly known references stating “as you know”, which could make students feel at fault for not knowing and make it difficult to engage with the course content.’
www.dailymail.co.uk/news/article-5954595/Bath-University-academics-urged-stop-saying-know-case-students-feel-inadequate.html

You just can’t make this stuff up folks. But wait, there’s more. The trans agenda insanity alone can provide plenty of fodder for us here. There is so much lunacy going on here that this article could simply run with this topic, but let me offer just two cases, with the first from Canada:

An Alberta man has legally changed his gender purely to benefit from the lower car insurance rates offered to women. “I didn’t feel like getting screwed over any more,” the man, identified only as “David,” told CBC this week. For more than three years, Alberta has been among several provinces in which residents can legally change the sex on their birth certificates without providing evidence of genital surgery….
David noted in a post to Reddit last April that he would have paid $4,517 if he had insured his car as a man, but the cost dropped to $3,423 once he became a woman. “I am now a woman … I now pay $1,100 less for auto insurance. I won. The end,” he wrote.
nationalpost.com/news/canada/alberta-man-legally-changes-sex-for-cheaper-car-insurance-i-didnt-feel-like-getting-screwed-over-any-more?utm_term=Autofeed&utm_campaign=Echobox&utm_medium=Social&utm_source=Facebook#Echobox=1532642426

But it keeps on going from bad to worse. Since we are on the issue of trans madness, let me offer another example of leftist lunacy. It seems that now even breastfeeding is somehow hateful. Yep, you read that right. Check this out:

Referring to a parent breastfeeding a child as “natural” is now considered “unethical” and “offensive” and has now been categorized as “hate speech.” A new study in Pediatrics declared that using the term to describe a biological function that only a “natural” born female can perform is “ethically inappropriate” for government and medical organizations. To describe breastfeeding as natural “reinforces rigid notions about gender roles” that may be “offensive” to those who were not born female, according to the report. “Coupling nature with motherhood… can inadvertently support biologically deterministic arguments about the roles of men and women in the family (for example, that women should be the primary caretaker,” the study says. The ruling will make it a punishable offense for doctors, government employees, or other medical professionals to describe breastfeeding as natural.
www.neonnettle.com/news/4556-describing-breastfeeding-as-natural-declared-hate-speech-towards-transgender

Good grief. We have absolute idiots running our institutions. And it is even scarier when they become politicians. Consider one final case of leftist moonbattery. We have yet another call to punish “breeders”. As one article states;

A democrat congressional candidate in Pennsylvania has desires to tax parents who have more than two children as “irresponsible breeders.” Scott Wallace is a population control zealot who has donated over $7 million to population control groups. Wallace is also supported and endorsed by both Planned Parenthood and NOW (National Organization for Women). According to The Daily Wire, Wallace, a millionaire and democrat who believes in taxing families with more than two kids for being privileged, also believes that the tax would be on “the privilege of irresponsible breeding.”
www.zerohedge.com/news/2018-07-25/millionaire-democrat-wants-tax-parents-more-two-kids-irresponsible-breeders

There you go again: another human hating “humanitarian”. Never mind that overpopulation is not our most pressing issue but just the opposite: all over the West we are facing a birth dearth. But I have dealt with this in numerous articles on the demographic panic mongers: billmuehlenberg.com/category/population-issues/

OK, just one more. And this has got to take the cake: it seems we are now racists when it comes to robots. Yep, you read it here first!

Have you ever wondered why you rarely see a brown or black robot? A couple of researchers at Monash University in Melbourne and Canterbury University in New Zealand were having trouble finding any — why were all the robots white? It led them to investigate whether people ascribe race to robots, and if this changed their behaviour towards them. What they discovered was that humans carry their racial biases over to robots.
www.abc.net.au/news/2018-07-24/we-are-racist-towards-robots-too-study-finds/10029548

And taxpayers are subsidising these basket cases?! The left has become a walking, talking example of mental and moral illness. And a piece from last year backs up the idea that leftism is a type of mental illness. It opens this way:

We’ve long subscribed to the notion that leftists are freakin’ bananas. There’s plenty of real-world evidence to back it up. Making up a new gender every week. Demanding for the rights of pedophiles. Even having multiple nervous breakdowns because their candidate lost (see all stories post November 8th). Which is hilarious, we’ll happily admit. Progressives have done a stellar job of making themselves out to be cuckoo. But now it looks like there’s empirical evidence to back up the idea that leftists are mentally ill. Charts and all…
www.louderwithcrowder.com/study-leftists-mentally-ill/

You can check out for yourself the research that he appeals to. But the sad truth is, things are getting very scary indeed, and as the left further goes berserk, we all suffer. It keeps getting worse, and sadly all of us tend to have to pay for all this lunacy.

Heaven help the West. It looks like mere earthlings can’t.

20 Replies to “The Laughable and Lamentable Loony Left”