Anyone daring to open his or her mouth in the West today who offers a conservative take on things is almost instantly labelled as being provocative – and a whole lot worse. They are of course also racists and bigots and alt-right types and troublemakers and Nazis and all the rest. 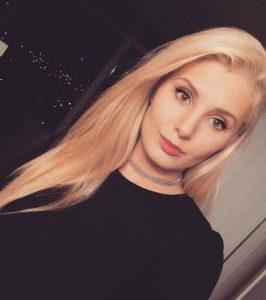 They certainly cannot argue with them, and they cannot rebut their facts and evidence, so they just throw these tired names and labels around. The list of these “provocative” folks is long indeed: overseas folks like Mark Steyn, Ben Shapiro, Jordan Peterson, Dinesh D’Souza, Pam Gellar, Steven Crowder and Geert Wilders come to mind, as do Andrew Bolt and Cory Bernardi here in Australia.

We see all this being perfectly played out right now with the down under tour of Lauren Southern and Stefan Molyneux. More on them in a moment, but let me offer a brief bit of clarity on the terminology being used. It seems we must first make a much-needed distinction between controversy and provocation.

There are similarities with being controversial and being provocative. But there are differences as well. Let me just run with a quick online definition of each adjective – the first ones found in my searches:

Controversial = giving rise or likely to give rise to controversy or public disagreement.
Provocative = causing anger or another strong reaction, especially deliberately.

They of course can and do overlap. If for example I make the statement that the Geelong Cats are the greatest footy team of all, that is a controversial claim. If however I make that statement in front of a bunch of gung-ho, rowdy and inebriated Richmond fans, that would be a provocative claim. Indeed, I might not escape from there with my life!

And here are a few more quick online definitions:

Also, we need to distinguish this from an “agent provocateur,” a ‘person who intentionally encourages people to do something illegal so that they can be caught’. But I am not talking about that here.

So the main difference between someone who is being controversial and someone who is a provocateur has to do with intent. The former does not necessarily have any intent of going out of their way to cause trouble or unduly provoke someone. They just want to share their opinion.

Now in the culture wars we find controversy erupting all the time of course. Any hot potato topic like abortion or gun control or Islam or homosexuality or Israel or immigration is guaranteed to be controversial. But all these topics can become quite provocative as well.

There are some folks on the right who are labelled “provocative” or “provocateurs”. There can be some who do seem to take a bit of pride in being controversial for the sake of it. Milo Yiannopoulos may well be an example of this. Ann Coulter might be. Lauren Southern might be as well.

What do I think of these folks? I’m glad you asked. I have said often before that I am not really into being provocative just for the sake of being provocative. We need to speak truth and we need to stand up for what we believe in. But I personally am not interested in waving a red flag in front of a bull, just to see what kind of a reaction I can get.

Some folks may think this sort of provocation is necessary in the culture wars. Thus they may publicly rip a Koran to pieces, or place some bacon on the door handles of a mosque. Well, they can do what they want, but I for one will not get involved in such unnecessarily provocative acts.

But the line between, say, peaceful protest, and unhelpful provocation can admittedly be quite thin indeed. I recently wrote about a friend in the UK who bravely (some might say recklessly) attended a homosexual pride march with a sign that would not have been well-received by those marching.

In this case however I believe that he was rightly seeking to be a presence and a witness, and not going out of his way to enflame or provoke. But bear in mind that to simply say ANYTHING even remotely negative about homosexuality today is seen as being provocative and inflammatory.

If I say something perfectly true like ‘homosexuality is a medically risky lifestyle’ it will certainly enrage many if not most homosexuals. If I say something perfectly true as attested to by the social sciences, like ‘children do best overall when raised by their biological mother and father,’ that too will result in many folks getting infuriated.

Truth always hurts, and no matter how gently or politely or circumspectly we share truth, it will always offend certain folks. That is the nature of the beast. And now that we have an entire generation of snowflakes and wilted dandelions who take offence at everything, we can only expect this to get worse.

We could just laugh off these spoiled little cry-babies, but the real problem is this: as more and more of them get into positions of power and influence, the more draconian crackdowns on conservatives and free speech will occur. That is when things get really dangerous.

Obviously in a secular left culture, especially led by secular left elites in so much of politics, the media, the academia and elsewhere, any and all pronouncements made by a conservative will be seen as being not just controversial, but as being provocative. It will be dismissed as hate speech in other words. So here is another definition for you which I just made up:

Hate speech = anything the left does not want to hear, or disagrees with.

Let me finish by going back to Lauren Southern and Stefan Molyneux. I have written about the pair several times already: billmuehlenberg.com/2018/07/20/this-is-how-we-destroy-free-speech/

After a ‘controversial’ tour here in Australia, they have shifted to New Zealand. As you may have heard, the owner of the venue they had booked and paid for in Auckland decided at the last minute to renege on the deal to have them speak there. The leftist NZ Prime Minister and the Auckland City Mayor both made it clear that they did not want the pair in the country. So much for free speech. So much for democracy.

In this regard, see this incredible interview with Lauren and Stefan by a typical leftist media dolt. They of course tore this clueless wonder to shreds as they stood up for free speech in a country where such freedoms are quickly going down the gurgler: www.youtube.com/watch?v=WgOfdaXGNlY&feature=youtu.be

A friend of mine, Dave Pellowe, who has been bravely and tirelessly hosting the pair while in the Antipodes has just penned a piece about his rather exciting experiences. He makes some good points about how the left is simply pushing many folks into the arms of the right with all their ugly hatred, censorship, name calling and thuggish behaviour.

He starts his important article this way:

New Zealand’s Far Left thugs are cheering and slapping each other on the back after successfully denying Lauren Southern and Stefan Molyneux a stage in front of 600 people in Auckland on Friday night. Threats of violence, intimidation and harassment of venues made it effectively impossible for the pair of celebrity YouTube commentators to say what they had to say to the now disappointed audience. This is what we should get used to hearing more about: what I call the ‘thugs’ veto’.

Yes, you may think you have the right to free speech, the right to political expression, or the right to peaceful assembly, but keep dreaming. Violent leftists merely need to threaten a protest, boycott or worse, and your rights will evaporate like a morning mist in the withering heat of self-righteous activists who deem everyone who disagrees with them “racist”, “fascist” and “nazi”. The perceived pure evil inherent in disagreeing with a leftist justifies whatever lawless and uncivilised response they may — and will — roll out.

He concludes his piece with the words:

The gift of the Far Left is that they always go too far. Their power-hungry preference for authoritarian control over what the majority say, think, do and pay is a bottomless pit, an insatiable vortex of irrational anger, hate and violence that is becoming increasingly obvious even to the stirring masses. I cannot begin to count the people who have contacted me to say they had never heard of Lauren and Stefan before the violent leftists started their tantrums. Now they want to pursue the discussion the Far Left doesn’t want anyone to have.

So keep it up, you Far Left fascists. The louder you scream, the more you attack and disrupt, the more corrupt governments and their politicised police forces are revealed as slaves of the mob, the more you boost the profile and ideas of those you would blindfold and put against a wall given half a chance.

In case you haven’t noticed, those tactics played a huge part in getting Donald Trump elected by an electorate sick and tired of being told how and what to think. Thanks for giving a steroidal boost to the same sentiment in our part of the world.
quadrant.org.au/opinion/qed/2018/08/auckland-far-lefts-pyrrhic-victory/

The truth is, anyone who dares to go against the leftist hegemony and offer a contrary point of view will be painted as being provocative and worse by the media. Never mind that in fact they are actually just conservatives who refuse to stay on the back of the bus.

They expect that the right of free speech be taken seriously, and they refuse to allow the real fascists to control the debate by shutting down and shouting down anyone who thinks differently. Those thugs and their media supporters are of course the real provocateurs here. They are the real troublemakers, not the conservatives.

7 Replies to “Just Who Is Being Provocative?”