The recent Victorian election was of course a major battle between Labor and Liberal. But it was also part of a larger ideological, political and cultural battle: the fight between left and right. Two major competing political ideologies and worldviews are at war here, and each side finds itself losing sometimes and winning sometimes.

One can make the case that as far as the two main political parties go – both on federal as well as state levels – the centre of gravity keeps creeping leftwards. Thus we have Labor moving further left, often becoming indistinguishable from the Greens in terms of radical activist policies. During the past weekend a number of Greens lost their seats, simply because Labor is claiming back many former Greens’ voters.

But the Liberals have also been moving to the Left sadly. Often we did not really know what the Victorian Liberals stood for. And to the extent they just were a pale imitation of Labor, folks decided to go with the real deal. Thus one might almost be tempted to say that Australia today has one Greens party and two Labor parties! But no real major conservative party. 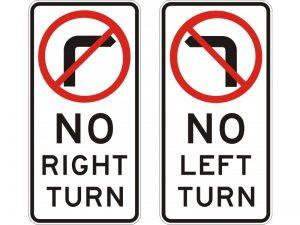 It is not quite that bad, and there are many solid conservative Liberals, along with some smaller conservative micro-parties. But it seems that this leftward drift is how things are now headed, at least politically speaking. But let me take this discussion a bit further, and widen things up a bit, looking at the bigger left-right divide.

This divide is getting more pronounced, both here and in America and in much of the West. Leaving aside for the moment thoughts coming from a Christian point of view that we might have on the culture wars, one will often wonder why it seems that things keep getting worse and worse.

Why does the other side – the radical left – keep seeming to win, and why does the conservative side seem to so often lose? Sure, some conservative victories do occur, with Trump and Brexit being notable examples, but for the most part the leftists seem to keep on gaining ground while conservatives are losing ground.

Why is this? I am not alone in wondering about all this. Others too have given it much thought. As but one example, a recent article of mine generated a comment from one person thinking about these very things. He said this in his comment to my site:

Good questions indeed, to which I offered a moderately long reply. Here I want to take what I said to him, pad it out a bit more, and offer it as further reflections on this issue. What follows then is an expanded version of the response I gave to him:

Yes quite so – there would certainly be a bit of all of that going on I am sure. And in addition to the solid points you raised, there would be some other points worth offering here in this regard. Let me mention a number that come to mind.

-As is usually the case, most conservatives are far too busy trying to raise a family, work hard, and be responsible citizens. They keep plenty busy. That is often not the case with leftists, for various reasons. So the former tend to be too busy doing what is right and responsible, while the latter often have plenty of free time to get involved in various sorts of activism.

For example, the homosexual activists are overwhelmingly single, not burdened with family commitments. And they tend to have higher average incomes than most. So they have certain advantages here. And related to this, activists on the left often have an evangelistic sense of urgency, they believe deeply in their causes, and they are committed to seeing their agenda items taking root.

Because conservatives are mainly committed to their jobs and families, they have less free time and less disposable income to be dedicated to conservative causes. They may vote for conservative parties, but they have nowhere near the time and energy it seems to become fulltime activists.

Many leftists – but certainly not all of them – are unemployed and/or on various government benefits and welfare payouts. One side is largely made up of busy workers, while the other side has many who have all the time in the world to hit the streets in protest marches and engage in other types of activism.

-The left has made a concentrated effort to march through the institutions of power and influence, and have been quite successful at it. Thus overwhelmingly the schools, the media, the courts, and even many churches, etc., are now firmly in the hands of the left. I have documented this feature of cultural Marxism elsewhere, eg: billmuehlenberg.com/2017/05/30/understanding-cultural-marxism/

-Also related to this, they are awash with funds. Often this comes in the form of taxpayer funding. So many radical and activist groups are government subsidised. They get heaps of funds from us taxpayers, while our side usually gets no government support.

And then there are the mega-rich activists like George Soros who dish out many millions to all sort of leftist groups and causes. Back in 2011 for example an article reported that “George Soros, Godfather of the Left Gives $550 Million to Liberal Causes”. However, our side generally struggles to get any such funding.

-Conservatives are often Christians, and they believe in playing fair, not lying, not cheating, not deceiving, not using any means necessary to achieve political power, etc. The secular left tends not to have any such concerns or moral restraints – anything that furthers their cause is seen as fair game.

Generally speaking, for the left, the end justifies any and all means. Indeed, ‘The end justifies the means’ has been a key aspect of Marxist ethics, and cultural Marxism follows suit. Whatever advances their cause is moral, and whatever prevents the progressive agenda is immoral. Most conservatives – certainly Christian conservatives – hold to much higher ethical standards.

-Too many Christians who may be politically conservative wrongly think that believers should avoid politics. Thus we keep losing by default – we let the other side win the battles, while many Christians are not even involved. Far too often evangelical Christians especially have simply gone missing in action.

They have NOT taken seriously their responsibility to be salt and light, and they have not sought to see the lordship of Christ extend to every area of life. As a result, we are suffering big time. As I have argued so often before, we have a biblical responsibility to get involved in the political, social and cultural battles of the day.

I often use Wilberforce as a primary example of believers putting their faith into action, and letting their Christian convictions be a real force for good in a dark and needy world. Millions of blacks today who are no longer enslaved would certainly agree with that assessment.

And we have contemporary examples of this as well. An online friend of mine from Brazil just recently sent out an email concerning last months’ general election there. It was good news for conservatives with Rio de Janeiro congressman Jair Bolsonaro handily beating socialist mayor Fernando Haddad. He ran with an alliance of the Social Liberal Party and Patriota Party.

Says Julio Severo about this win:

In an interview with the prominent Brazilian newspaper Folha de S. Paulo this week, former presidential candidate Fernando Haddad, from the socialist Workers’ Party, which ruled Brazil from 2003 to 2016, has acknowledged that the biggest [thing] responsible for his defeat at the polls was the “evangelical phenomenon.”

Well there you go. It seems that Christians there did not hide their faith under a bushel basket, but gave public expression to it in some very practical ways. Of interest, the Patriota party has this as its slogan, “Brazil Above Everything, God Above Everyone”.

In sum, what I have offered here would be some of the reasons as to why conservatives so often lose, or don’t seem to get very far. My proposed reasons would go a long way in explaining why the other side seems far more active and committed, and seems to keep winning.

Whether this can be easily turned around at some point remains to be seen. However, speaking as a Christian, I do know how things ultimately will turn out.

27 Replies to “Culture Wars: Why Does the Left Seem To Win So Often?”