Any democracy worth defending depends on real political options and genuine opposition parties. When there is no viable opposition, or one that is too weak, or merely a pale imitation of the other party, then democracy will not last long.

The Australian state of Victoria is an obvious case in point. For decades now the supposed conservative party, the Liberals, have not exactly been the epitome of conservative principles. Yes, there were always some solid conservatives in the ranks, but basically most of the recent Liberal leaders have been a massive disappointment for all true conservatives. 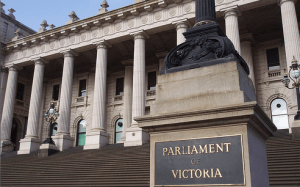 Do any of those names stand out as conservative stalwarts? I recall battling Kennett in the 90s as he pushed various leftist causes, including special rights for homosexuals. Many of the other leaders are all nondescript. Does anyone remember anything about them, or what they believed in or stood for?

We have had lacklustre leadership for years now, with very little conservative headway. And when Liberal governments were in power, almost nothing happened to roll back the culture of death and the war on marriage and family. Again, we had notable exceptions, but these champs tended to be in the minority and on the back benches.

Yes, we can talk about economic management which is certainly important and is where the Libs tend to shine. Briefly but quite accurately, the scenario at both federal and state levels goes like this: Labor gets in, spends like mad, and racks up massive debts.

The Libs get in and set to work to fix all this. And they usually do a good job of it. Good economic policy and some necessary austerity results in balanced budgets, and even budget surpluses. But then Labor gets back in and blows the wad. All this just keeps going on and on in cyclical fashion.

But back to Victoria. On November 24 we had the state election, bringing in the 59th Victorian Parliament. It was a wipeout for the Liberals. I wrote about this debacle here: billmuehlenberg.com/2018/11/24/four-more-years-of-hard-left-rule-why-do-the-wicked-prosper/

That election saw the Liberals reduced to a rump, with some of its better (that is, most conservative) members losing their seats, including folks like Robert Clark (who is definitely out) and Inga Peulich (who looks like she is out – we will know soon).

Few real conservatives remain, and most of the Libs who are left just look to be Labor-lite politicians. And once again the leadership issue emerges. Matthew Guy of course quickly stood down. The two main contenders for the top job were John Pesutto and Michael O’Brien.

Any hope there? Watching the evening news for two days in a row fully confirmed that there is no good news here. John Pesutto was certainly a leading contender to take over the Libs’ leadership, but as it turns out, he lost his seat in the election.

He was on the news last night and what he said was a real worry. He talked about how the Libs need to get on the climate change bandwagon, and said all rather proudly that his daughter was in the recent school kids’ climate protest. Oh good grief – I think I am glad he lost his seat.

Um, in Victoria that of course means a move to the left. Great – just great. Just what we need – a left-leaning Liberal Party. Or should I say, an even more left-leaning party, mimicking Labor, and maybe even the Greens. So what exactly will the “new” Libs look like then? What policies will they be promoting?

Will they push all things homosexual and transgender? All things pro-death? Climate change baloney? Injecting rooms? Safe schools? Good grief. Except for Bernie Finn, and a few others, the Libs appear to be a lost cause. Victoria is gone. It really is – certainly for years, if not decades, to come.

Where to from here?

There are at least two ways of looking at all this: the purely political, and the biblical/theological. If we have only the former to go on, then things look very bleak indeed – at least if you are a conservative. It seems that we are all but lost.

But of course anyone who follows politics and knows a bit about history realises that nothing lasts forever. Things change. So even if a political party languishes in the political wilderness for years or even decades, eventually it will re-emerge. Eventually it will get back into power.

However, if the Libs do get back into power one day in Victoria, two points remain. One, so much damage will have been done in the interim that it will be quite unlikely that any government – even a good, solid conservative one – will be able to fix things properly.

And two, just what is the point of welcoming a Liberal government back in if they end up following the alarming advice of O’Brien? If the Libs just offer a sickly version of Labor, then there is nothing to cheer about, and no real reason to get excited about a change of government.

Effectively having two Labor parties and a Greens party means the end of Victoria, and Australia. Speaking of which, we have a federal election coming up next May. If Shorten and Labor get in we really will be toast. Things will go from bad to worse, and it will be very hard to see the nation recover.

Many conservatives therefore will look to the micro parties, especially groups like the Australian Conservatives. They may well be the way ahead, but they were of no help in the Victorian election sadly. Case in point: Rachel Carling-Jenkins was elected to the upper house in 2014 with the DLP.

In 2017 she joined Cory Bernardi’s Australian Conservatives. However he only has his sights of Federal Senate seats right now, so he offered her no support. So she ran in the lower house as an independent but was defeated. Thus we lost one of our greatest champions in Victorian politics. So the AC has a way to go yet before it can offer real help.

Much more can be said in terms of political realities, but let me conclude with some spiritual reflections. As I have said time and time again, politics is not everything and politics cannot save. Yes, politics is very important indeed, and Christians must take our political responsibilities seriously.

But at the end of the day the political malaise we find ourselves in is part of the larger spiritual malaise. As long as most Victorians and Australians turn their back on God and shake their fists at him, we will continue to go downhill. As always, repentance and renewal is the way forward.

God’s people first and foremost must get on their knees, repent of their many sins – including apathy and indifference to the things God cares so much about – and start being the salt and light we are called to be. Until the church gets its act together in a major way, the political scene will continue to spin out of control.

It will simply get worse and worse. And we will all suffer big time as a result. Lord have mercy.

24 Replies to “The Decline of the Victorian Liberals, and the Death of Victoria”