Here are three well-known women who stand apart from the crowd.

I am often accused of being the bearer of bad news. OK, that might be kinda true: I do alert people to the good, the bad and the ugly that is out there, and there seems to be much of the last two than the first one! So as a watchman on the wall, I must report what is going on, and not pretend everything is just peachy keen.

While I must sound the alarm about all the evil and diabolical stuff that is sweeping over the West, I do on occasion offer some good news stories as well. So let me once again offer a bit of encouraging and hopefully uplifting good news here. 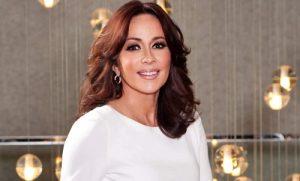 And I want to do this by briefly looking at three women – all celebs in their own way, and all more or less pretty well known. They are all more than just a pretty face, with important moral and/or religious values coming to the fore. Such values and beliefs certainly stand out, since most women in their position or line of work are not exactly known for such things.

So let me run with a Middle-Eastern beauty queen, an American television star, and a Brazilian model. The first woman I am highlighting is beauty queen Rima Fakih. She was born a Muslim but has converted to Christianity. One article tells her story this way:

She was the first Muslim to be crowned Miss America in 2010, but the Lebanese-American beauty queen Rima Fakih officially converted to Christianity in April 2016, ahead of tying the knot to her Christian fiancee music producer Wassim Salibi. According to the Middle Eastern news site Albawaba, Lebanese-American model Rima Fakih, who is believed to be the first Muslim woman to win the honor of Miss USA when she was crowned in 2010, gave her life to Christ a month ahead of her wedding.

Fakih, who is a former Miss Michigan and also once trained to be a WWE women’s wrestler, was born into a Shiite Muslim sect. Fakih has said in interviews that her family was nominally Muslim growing up and that she attended Catholic schools. However, she says she started to take her Muslim faith more seriously in college.

She’s also not the first in her family to convert. “My brother-in-law is Christian,” she told the Huffington Post in 2010, “and he (and my sister) baptised their two sons. I have an uncle who converted to Christianity, and he’s a priest now.” On March 30, Fakih tweeted a picture of herself from the night in 2010 when she won the Miss USA pageant. Her tweet also included a quote from Philippians. “Philippians 4:13 I can do all things through him who strengthens me,” Fakih wrote. believersportal.com/first-muslim-miss-usa-winner-converts-to-christianity/?fbclid=IwAR0EYu283Z_yKMDFEq3lZjqLeT3f2dV7Ln7Aq253lE8w9Du566E5qQ6hLig

The second woman worth noting is an American actress, Patricia Heaton. She has starred in numerous films and television shows, including the sitcoms Everybody Loves Raymond and The Middle. More importantly however, she is one of the few women in Hollywood who is a conservative and strongly prolife. As one write-up says:

Patricia Heaton is an outspoken Republican who has shared her views on a number of hot-button topics in interviews. She has said she is against abortion, though she approaches the subject with compassion. When interviewed about the topic, Heaton said. “It’s a very sensitive subject, so you want to be sensitive so that in whatever you’re saying you could be really, deeply affecting somebody within listening distance.” Heaton was raised Catholic and is a rare, vocal pro-life advocate in Hollywood. She also advocates for life as the honorary chairwoman of Feminists for Life, a pro-woman, pro-life group that works to find solutions to abortion that affirm the dignity of women. One of the main reasons for her pro-life advocacy is that she supports women. The actress often uses her Twitter page to speak out for unborn babies. www.beliefnet.com/entertainment/celebrities/6-celebrities-who-are-openly-pro-life.aspx

The last female who is worth mentioning is Brazilian model and actress Adriana Lima. One article that I have on her praiseworthy views is old, but I assume what it says is still true of her. The article I quote from here is quite new, but it links to that earlier 2006 article. The new piece says this:

Adriana Lima, one of the most famous super models in the world, made heads turn for a drastically different reason. The 38-year-old model and mother of two who made a name for herself as a Victoria’s Secret Angel, shocked fans by coming out as pro-life and pro-chastity.

Adriana Lima was Victoria’s Secret’s longest-running model, having graced countless pages of the popular lingerie catalog over twenty years. The Brazilian model has since retired from the brand. In an interview with Lisa Depaulo of GQ magazine, a younger, unmarried Adriana Lima unashamedly spoke of her Christian values.

The interviewer also asked about the very controversial topic of abortion. Adriana was quick to give an unwavering, and unapologetic answer.

L: Are you pro-life?
A: What do you mean, pro-life? (English is not her first language)
L: How do you feel about abortion?
A: I think it’s a crime. godtv.com/super-model-adriana-lima-says-sex-is-for-after-marriage-and-abortion-is-a-crime/?fbclid=IwAR0NjeY2OGXx0Ogpihi_qzFrnbPLy6KzSBJvLjbShL26Dyzj875chEBlHQE

As I say, the original interview is from 13 years ago. But hopefully she still has these strong views about marriage and about abortion. If so, she is also in the minority, with most of her colleagues not likely sharing such views. As such, she – along with the other two women featured here – is in need of our prayers.

Let me finish by saying that I am not actually known as someone who is fully up on super models or is an authority on beauty queens. While I am happy to share my support of some of their good traits, views and actions here, that should not imply blanket endorsement.

Needless to say I do not support or endorse all that these women have done or are doing! Super models and beauty pageant contestants are not normally the sort of career choices I tend to think are worth promoting and championing. But if we can find some women with faith and family and life values in those areas, then I am happy to at least acknowledge them and champion the good things that they are doing.

8 Replies to “We Need More Celebs Like These Women”