The implosion of the radical sexual suicide bombers continues – good!

And that is good news when the groups in question are hostile to all that is of value, including marriage and family, the wellbeing of children, and a stable and flourishing society. The radical alphabet activists are leading the way in this regard. 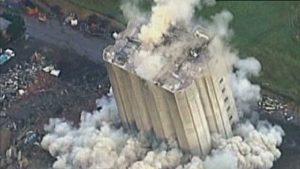 Thus when they start to splinter, implode and turn on themselves, that in my books is a good thing. And this has been hotting up over the past few years, especially with the trans activists pushing their own bizarre agenda. It has resulted in plenty of angst and division, with lesbians, trans activists, feminists and others often at each other’s throats.

Their house certainly is divided, and it is getting all rather wobbly in the process. Consider the latest development in all this. It seems that a major rainbow activist group is now being torn apart, and a new group is being formed to fight back against trans madness. Here is how one English newspaper puts it:

Europe’s biggest LGBT rights organisation has split after being accused of promoting a “trans agenda” at the expense of gay and lesbian rights. Stonewall is known for campaigning for the equality of lesbian, gay, bisexual and trans people across Britain. The charity’s mission statement says that it aims “to create inclusive and accepting cultures”.

However, following a meeting on Tuesday night – and amid an ongoing row about trans inclusion – the charity has divided and forged a splinter group. Announcing themselves as the LGB Alliance, the group, formed of “influential lesbians, gay men and bisexuals” met in central London last night and forged the new organisation in a bid to “counteract the confusion between sex and gender which is now widespread in the public sector and elsewhere’.

Simon Fanshawe, who co-founded Stonewall in 1989, was among those speaking at the event last night in central London. In a press release announcing the new group, which will be formally launched in January, the LGB Alliance said that its participants included former employees and supporters of the lobby group Stonewall, as well as doctors, psychiatrists, academics and lawyers with expertise in child safeguarding. It added that all members had agreed a foundation statement which prioritised biological sex over gender theories which they regard as ‘pseudo-scientific and dangerous’.

Bev Jackson, a co-founder of the Gay Liberation Front, said: ‘LGB people like us have been writing to Stonewall for over a year – trying to set up a dialogue with them. It’s about the fact that they have chosen to prioritise trans people and have almost abandoned their original mission: protecting people who are same-sex attracted. Sadly, we do still need protection. Young lesbians in particular are suffering; experiencing huge social pressure to transition to male if they do not conform to traditional gender stereotypes.’

The members of the new Alliance agreed, as part of a 20-point position statement, that: homosexuality is same-sex (not same-gender) attraction; lesbians are biological women who are attracted to other biological women; sex is not ‘assigned’ at birth but observed and it is not transphobic for lesbians to have their own spaces and institutions which exclude male-bodied people. www.telegraph.co.uk/news/2019/10/23/stonewall-splits-accused-promoting-trans-agenda-expense-gay/

This is not just some media beat-up however, with the homosexual press also covering the story. This is how one such site has covered the split:

A new “LGB Alliance” group that launched in London last night is being slammed online by the people it claims to represent. In a tweet, lawyer Allison Bailey of Garden Court Chambers said, “This is an historic moment for the Lesbian, Gay and Bisexual movement. *LGB Alliance* launched in London tonight, and we mean business. Spread the word, gender extremism is about to meet its match.”

However, lesbian, gay and bisexual people were quick to call out the new group – blasting it for being “transphobic”, “disgusting” and “vile”. Many of them also pointed out that many members of the new group are straight, as are a lot of the people backing it online. Several lesbians and bisexual women told the new “LGB Alliance” that “you do not speak for me”. www.pinknews.co.uk/2019/10/23/lgb-alliance-facing-backlash-from-lesbians-gays-bisexuals/

You can click on the link to see the heated exchanges taking place. And all this is not just an overnight development. Discussions about this had been underway for a while now. Consider one article on this from last month:

Simon Fanshawe, co-founder of the gay rights lobby group Stonewall, has revealed possible plans to form a breakaway group. The LGB Alliance was announced in a letter to The Sunday Times, signed by 22 lesbian and gay rights advocates:

“Last October a group of LGB rights supporters asked Stonewall to ‘commit to fostering an atmosphere of respectful debate rather than demonizing as transphobic those who wish to discuss, or dissent from, Stonewall’s transgender policies. Since then, Stonewall has refused repeated requests to enter into any such dialogue. The government continues to treat Stonewall as if it represented the views of progressive thinking in general, and specifically LGB opinion. It does not. We believe it has made mistakes in its approach that undermine women’s sex-based rights and protections.”

This split is a response to Stonewall’s focus on gender replacing acknowledgment of sex. Fanshawe commented that “you can’t self-ID out of female genital mutilation. Your access to abortion and getting pregnant — that happens because you are a woman.” Stonewall’s failure to advocate for women means that one letter in LGBT is invariably sidelined: Lesbians.

This is a key factor behind Fanshawe’s intention to form the LGB Alliance: “If Stonewall can’t defend lesbians then we will have to look at setting up an organization that will.” Beatrix Campbell, author and activist, signed the letter because she believes that Stonewall has stopped representing lesbian or gay interests:

“I’m a lesbian because I love and desire women – but gay desire seems to have evaporated from Stonewall propaganda. Lesbians are, once again, politically homeless. I passionately support Simon Fanshawe and the Stonewall founders’ challenge to its current approach – Stonewall has refused to engage in any debate; its position no longer seems to have anything to do with being gay.”

Stonewall’s main focus has shifted towards gender identity, which they define as “A person’s innate sense of their own gender, whether male, female or something else (see non-binary below), which may or may not correspond to the sex assigned at birth.” They describe homosexuality as “romantic and/or sexual orientation towards someone of the same gender.” This approach erases same-sex attraction and protections. The LGB Alliance challenges Stonewall’s denial of lesbian and gay sexuality. www.afterellen.com/general-news/572679-lgb-alliance-to-form-as-stonewall-cant-defend-lesbians#oQPhkzwf38cZFI5g.99

Of course all this is not just about radical hyper-left activist groups at each other’s throats. It is certainly that, but it is much more. What this is really all about are lunatic ideologies and ideologues hitting up against the brick wall of reality. Eventually looney tune militancy has to square off against the real world – and when it does, reality always wins.

It does zero good to identify as this or that and think you can pull it off. If I identify as a free-floating object with no gravitational pull, that may sound really nifty. But just wait till I try to put this to the test. If I climb a tall tree and take a step into mid-air, all my wishful thinking and identifying will do me zippo good – the law of gravity WILL take over and I will plummet straight to the ground.

Gravity wins – and I lose. That is always how it goes. It does not matter how many males identify as females. That changes absolutely nothing. They can wear all the dresses they like, but reality rules, and always will. As Australian conservative commentator Sydney Watson put it:

And it is not just women who are being erased with the sexual suicide bombers. Men and children are also disappearing. The trans madness is an attempt to obliterate people, society, biology and reality. But as stated, at the end of the day reality will always be victorious.

In the meantime, all these nutjob activists will keep on suffering further meltdowns, infighting and division. Good. Let the implosions continue.