These stories should make your blood boil!!

Another day, another pressing need to do yet another article on the lunacy and madness of the ugly trans ideology. This social wrecking ball is causing untold damage, and each passing week it seems to get worse as it further destroys everything it touches.

One day – if we manage to survive all this insanity – we will look back and wonder how in the world this sheer nonsense and despicable social engineering was allowed to run roughshod over everyone and everything. How did we sink so low as a culture that we actually could tolerate and promote the trans gestapo in action? 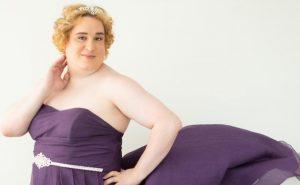 I hope to live long enough to see that day. But until then, I must keep sounding the alarm. I must keep warning about this moonbattery, and I must keep alerting you to the crazy things that are happening in the West. Here I have three more shocking cases for you to consider. The first two are bad – and ugly. The third one is good – but ugly.

My first example has been going on for a while now, and is incredibly sad and frustrating. It conclusively demonstrates the diabolical and tyrannical nature of the trans militants. It involves a dad trying to save his seven-year-old son from being ruined for life by the trans mafia, including the likelihood of being castrated.

The mother (his ex-wife), is fully pushing the ‘sex change,’ and wants the boy to promptly go ahead with this, but the father does not. Now the courts have just ruled on this. It is a lousy outcome. Says one write-up:

A jury in Texas returned a verdict on Monday that will prevent a Texas dad from intervening in the gender transition of his 7-year-old son. Jeffrey Younger had petitioned a court in Texas to grant him sole custody of his twin sons, James and Jude, in part to avoid a plan to infuse James with female hormones. James, who would like to be called Luna, has been the center of controversy in the heated debate among his parents and others.

Anne Georgulas, the mother of the two boys, has advocated for James to transition into Luna and has strongly backed the idea of chemically castrating her son and beginning hormone replacement therapy. The ruling on Wednesday will prevent Jeffrey from having sole custody of his children and paves the way for Georgulas to proceed with the procedure.

The court has ruled that Georgulas will maintain sole custody of her two children and go forward with plans to give James life-altering medical procedures. Her original court filing had sought to limit her ex-husband’s visits with their children and require that he now refer to James as Luna. She further asked that Jeffrey not be exposed to any people who would not confirm his female identity.

Expert witnesses expressed doubt that James was fully convinced that he was inherently female in testimony last week. “There is still some fluidity in his thinking,” said Dr. Benjamin Albritton in sworn testimony. “Neither child appears to be depressed, anxious or aggressive … He [James] gave no indications of other significant psychological difficulties.” www.washingtonexaminer.com/news/texas-father-blocked-from-stopping-gender-transition-of-son-james-7-to-girl-called-luna

This is every parent’s worst nightmare. Now we have courts stealing kids away from concerned parents, and allowing these dangerous and reckless ‘medical’ procedures to take place. As one commentator remarks:

The tragic result of this court battle comes after Younger attempted to convince the court that his seven-year-old son isn’t actually transgender like his ex-wife claims. When at his home, or in the presence of his friends, James refuses to wear girl’s clothing and partakes in masculine activities. It’s only when the child is in the presence of the pro-transgender mother that James suddenly switches to being “feminine.”

As I wrote previously, this doesn’t sound like a child with gender dysphoria, it sounds like a child who is trying to please his parents. The wise thing to do would be to hold off on any life-altering chemicals until the child grows up and is fully able to comprehend the nature of what’s going to happen to him. As children grow, they naturally gain and lose interest in things. www.redstate.com/brandon_morse/2019/10/22/texas-father-forced-put-child-gender-transition-therapy-losing-custody-battle-ex-wife/

The question of how he really identifies is irrelevant. The point is that James is a boy, plain and simple. Whatever confusion he is suffering from — confusion painstakingly planted in his head by a mother who, in my opinion, should be locked in prison for the rest of her life — could be alleviated through counseling and therapy. There is precisely zero chance that James is “really” a girl trapped in a boy’s body, because that concept is nonsensical. James is who he is. And he is a boy.

The situation will only get worse if we don’t start paying attention. Children are being exploited and manipulated in the most insidious ways imaginable. We can’t sit by and watch it happen anymore. www.dailywire.com/news/walsh-court-rules-that-a-mom-can-transition-son-into-girl-against-his-dads-wishes-this-is-evil-insane-child-abuse

For much more information on this terrible case, see the ‘Save James’ site which has been up and running for a year now: savejames.com/blog/

I will spend a bit less time on my other two stories, but they are also noteworthy for so many reasons. In yet another act of idiocy and irrationality on steroids, we now have women’s products being falsely promoted as anybody’s products. I kid you not. As one write-up explains:

A major manufacturer of sanitary napkins has knuckled under pressure brought about by “transgender” women who claim to be men and has removed the “Venus” symbol from their product packaging. The move by Procter & Gamble (P&G), which produces Always sanitary napkins, was reportedly triggered by a tweet from a trans activist last July, saying, “Could someone from Always tell me why it is imperative to have the female symbol on their sanitary products?” “There are non-binary and trans folks who still need to use your products too you know!” she added….

P&G’s announcement about its decision to remove the “Venus” symbol from Always’s packaging comes less than two weeks after TV networks in the U.S. sparked controversy by airing an underwear commercial titled “MENstruation,” portraying a surreal world where men and boys menstruate. www.lifesitenews.com/news/company-removes-female-symbol-from-feminine-hygiene-products-after-lgbt-demand

Hey, who am I to judge?! My last case is also quite ugly, but at least it did have a good outcome. Consider the bizarre case of a guy pretending he is female, demanding that he get an, um, waxing:

The British Columbia Human Rights Tribunal ruled today against transgender activist Jonathan “Jessica” Yaniv who had made formal “discrimination” complaints against a number of female beauty technicians for refusing to wax his genitals on the premise that as a “woman” he was entitled to be serviced by them. The court ruled that aestheticians who work from home have a right to refuse to handle male genitalia against their will.

“Human rights legislation does not require a service provider to wax a type of genitals they are not trained for and have not consented to wax,” the decision stated. The decision further found that Yaniv “engaged in improper conduct,” “filed complaints for improper purposes,” and that Yaniv’s testimony was “disingenuous and self-serving.” www.lifesitenews.com/news/breaking-canada-tribunal-rules-beauticians-dont-have-to-wax-genitals-of-man-claiming-to-be-female

I must say, I am a bit surprised that a Canadian court actually got it right for a change! And I was also going to say, “Finally, a bit of sanity.” But consider all the insanity that has preceded this. These people are complete and utter nutjobs – there is no other way to describe this lunacy.

These folks are doing their very best – or very worst – to destroy Western civilisation. Can it get any worse?

Yes I know, I should not have asked!

5 Replies to “Transanity – The Good, the Bad, and the Ugly”