If you go by leftist Western accounts of what happened in Ghana last week, you would be completely misled:

Having just recently returned from a very full week in the west African nation of Ghana, I can see even more clearly why so much of the West and its media is made up of those who are happy to lie, deceive and twist reality. Most Western movers and shakers are overwhelmingly secular left, and they really do seem to hate all those who dare to take a different view on things.

When you experience firsthand how they twist and distort things, and say outright lies just to push their ideological agendas, you really do come to distrust these folks. It really makes you long for a thorough swamp-draining. The fetid waters of much of the West are in major need of being flushed down the drain. 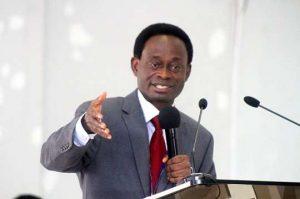 Having been personally involved in a number of pro-family conferences and pro-life events in Ghana last week, and having done a number of media interviews while there, it is a very interesting exercise to compare the African media account of things with how leftist Western organisations viewed the very same events.

So let me run with six news items – three from within Ghana and three from without. The contrast could not be greater. First, let me mention one major interview I did with the national Ghana television broadcaster. I and a few others did an hour-long interview about the state of the family and its importance in Africa.

The host began by speaking of the value of marriage and family and how both were under attack. I replied by saying how refreshing it was to hear him say this. I told him that one would NEVER hear the MSM in the West now talking like this.

They would instead be trashing marriage and family, claiming they are archaic and oppressive institutions, that families come in all shapes and sizes, and that we must move on and be progressive. I said I was so thrilled to hear truth being spoken about the family, and I encouraged the people of Ghana and Africa to stand strong, and not make the same mistakes that we did in the West.

All up I was involved in three separate pro-family conferences and meetings in Ghana last week. Various parts of the Ghanaian media interviewed me and others about these events, and I was surprised to see how fair and balanced the media reports were – so unlike those in the West.

One of the media reports of one of our meetings said this in part:

The dialogue, organised by the National Coalition for Proper Human Sexual Rights and Family Values and the Family Renaissance International, was aimed at soliciting experts’ opinions for the development of a holistic national policy response to the LGBTQI agenda.

Held under the theme: “Eliciting a Comprehensive National and International Africanist Response to the LGBTQI Phenomenon-The Ghanaian Case Study,” the dialogue would provide the policy and legal framework to guide the public and private institutions as they relate to the issue. Dr Antwi Danso also urged the media to be circumspect in their reportage on the matter and be guided by the responsibility they owe to the society.

Professor Bill Muehlenberg, an American-Australian Cultural Commentator, urged Ghanaians to tackle the LGBTQI phenomenon from a cultural perspective rather than a political and law aspect. This, he said, would influence the kind of decisions politicians and for that matter government takes on the issue.

“Politics tends to flow downstream from culture, that is, what is already there in culture is probably going to determine what you do with law and politics, so as culture gets weakened and starts pushing all kinds of these agendas, it is going to be much easier for lawmakers to do the same,” he said. He commended Ghanaians for holding onto their cultural norms and beliefs amidst pressure from international organisations and countries. ghananewsagency.org/social/develop-resilient-international-relations-policies-antwi-danso-158878

Another Ghanaian media report on the World Congress of Families regional conference said this in part:

Professor Opoku Onyinah, immediate past chairman of the Church of Pentecost, has called for the promotion of proper family values. He said God established families right at the beginning of creation, saying, “The family is the pivot of everything we do, a good family is the backbone of development, a nation cannot develop with the disintegration of the family system”. Prof. Onyinah made the call at the African Regional Conference of the World Congress of Families held in Ghana on the theme: “The African Family and Sustainable Development”.

The Congress which brought together participants from 14 countries in Africa as well as representatives from the United States discussed family life issues and how to promote proper family life. The Family Renaissance International, together with the Coalition for proper human sexual right and families’ values, join the World Congress of families from the United States to host the conference in Ghana.

Prof Onyinah, who chaired the conference, said the National Coalition for Proper Human Sexual Rights, and the Family Renaissance International, are pro-family based organizations in Ghana and the conference was a call for all godly people to come together and support a good course.

Mr Brian Brown, the President of the International Organization for the Family, advised the participants not to follow the examples of the West, especially when it comes to family life. He said family and marriage life were so much under attack and there was the need for Christians to help promote proper family values as God ordained it to be. ghananewsagency.org/social/let-s-promote-proper-families-values-prof-opoku-onyinah-158998

If one simply went by these three media activities, one would have gleaned a quite accurate and helpful overview of some of the week’s activities in Ghana. But there is a dark side to the coverage of the news. Plenty of Western activist organisations were also interested in covering these events, but from a radically different perspective.

These groups are pushing hardcore leftist ideological agendas, and everything they say must be filtered through a narrow secular left lens. A major part of this slant on things is a hatred of family, of marriage, of decency and of morality.

Compare how three leftist Western outfits covered the same events in Ghana. First, the Pink News from the UK. They said this of the WCF conference:

A homophobic Christian hate group is holding a two-day international conference to promote so-called ‘conversion therapy’ in Ghana. The World Congress of Families (WCF) is a US-based organisation that opposes LGBT+ rights and abortion in favour of the “natural family”. It is classified by the Southern Poverty Law Centre as a hate group….

They are currently pushing their Ghana agenda which involves positioning Africa “as a more active advocate within the global pro-family movement.” On October 31 and November 1 the WCF is hosting a two-day “Africa regional gathering” in Ghana’s capital, Accra, seeking to influence religious leaders and the political elite against LGBT+ rights.

Among those present at the summit will be Sharon Slater, president of another hate group called Family Watch International, which spreads the horrific depiction of LGBT+ people as pre-disposed to committing crimes against children. In 2012, Slater called on activists in Nigeria to oppose efforts by international institutions to support the decriminalisation of LGBT+ people. And this year she characterised sex education as an attack on family values. www.pinknews.co.uk/2019/11/01/ghana-christian-hate-group-conversion-therapy-world-congress-families/

Wow, what a sinister sounding bunch! They must be really evil as they seek to promote the family. And the so-called Human Rights Campaign also sees the events in Ghana as being nothing but hate and bigotry:

The World Congress of Families is an anti-LGBTQ organization based in the U.S. with strong ties to the religious right. The organization, designated by the Southern Poverty Law Center as a hate group, promotes a disturbing and radically distorted depiction of LGBTQ people. It has a long history of exporting its anti-LGBTQ narrative to many parts of Africa, often by framing LGBTQ people and the protection of their human rights as somehow foreign and un-African, a fundamentally inaccurate characterization. www.hrc.org/blog/anti-lgbtq-us-activists-organize-conference-in-ghana

Not to be outdone, the hard-left Open Democracy group went even further, saying those involved in the meetings in Ghana were nothing but a bunch of white supremacists! I kid you not. Here is what these militants said about the conference:

The US-led network behind an “African family and sustainable development” summit opening in Accra today has numerous links to Islamophobic, far-right and white supremacist movements, openDemocracy can reveal. The World Congress of Families (WCF) is hosting a two-day “Africa regional gathering” in the Ghanaian capital from Thursday, seeking to meet with parliamentarians and religious leaders from the country.

While the WCF is best-known for publicly opposing LGBT rights and abortion, and its president has emphasised that it “condemns racism”, openDemocracy’s research has uncovered numerous connections between key WCF figures and other controversial movements internationally. www.opendemocracy.net/en/5050/american-led-pro-family-summit-in-ghana-condemned-for-shocking-white-supremacist-islamophobic-links/

Boy, those pro-family types sure sound like they are really evil. Hmm, I was involved in all the events in Ghana last week. I dare these hyper-left groups to show how I am some sort of White supremacist. And I know Sharon Slater and Brian Brown. They are hardly neo-Nazis either.

But if you simply went by these far-left groups and what they were saying, you would be led to believe that Hitler has been reincarnated and is setting up shop in Africa. These left-wing nutter conspiracy theorists see every person who loves the natural family as a hate-filled bigot who must be fully opposed and shut down.

Just who is doing the hating here? Just who is being bigoted here? These Western groups are so full of demonic rage and anger against anyone who still stands up for marriage and family that they are utterly blinded to reality. They just make things up and lie about everyone who dares to disagree.

And all their bitterness and antifamily zealotry stands in such marked contrast to the African people and the African media. The Africans know how bad things have gotten in the West, and they want no part of it. They know about the overwhelming importance of the family unit, and they will not allow it to be obliterated like has happened in the West.

Well done Ghana and Africa for standing strong. Do not let the leftist fascists destroy everything that you hold near and dear, like they did in the West. Keep standing strong, and continue to be a thorn in the flesh to the West’s family-hating militants.