The continued persecution of the great Margaret Court shows just how far the sexual militants have progressed:

So just who are the most bigoted, intolerant and hate-filled folks around? Well I can tell you this: they sure are not those from our side. The radical sexual revolutionaries and those fully intent on committing gender genocide certainly take the honours here.

They are routinely the most reactionary and divisive haters around. And the sexual militants have combined with the secular state to drive their radical agendas, despite the masses not wishing to be force-fed these activist programs and ideologies. 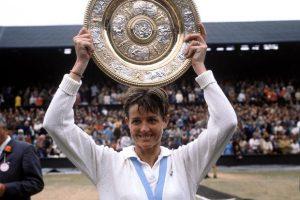 That these activists and their statist supporters are among the most destructive coercive utopians around is something I have documented countless times now in numerous articles and books. All the frightening things warned about in dystopian novels such as Brave New World and 1984 seem to be coalescing in the ugly marriage of the sexual tyrants and the activist State.

Ordinary people are the ones who suffer from this nasty alliance of haters and bigots. Even not so ordinary people are suffering. Simply think of the ongoing saga with the world’s greatest female tennis player, Margaret Court. Someone who should be feted as one of our elite champions has instead endured years of abuse, persecution and hatred.

How can a superlative tennis player warrant such a reaction? Simple: she has dared to stand up for marriage as a union of a man and a woman, and for saying that in public, the wrath of the militants has come down on her like a ton of bricks. For daring to affirm what 99 per cent of humanity has always affirmed makes her public enemy number one.

She is now pastoring a church in Perth, and she has been quite outspoken when it comes to marriage and family. For having the courage to do this, she is seen as someone who must be utterly rejected and ripped into. I have written about her a dozen times now. See for example this piece: billmuehlenberg.com/2017/06/03/hate-rage-demonised-left/

But her haters continue to declare war on her. She has committed unforgivable thought crimes it seems, and she must be punished severely. Recently she asked why she cannot be honoured in the same way that male tennis greats such as Rod Laver have been honoured. One news item puts it this way:

The Australian tennis summer is again facing controversy over all-time great Margaret Court after she called on Tennis Australia to celebrate her grand slam 50th anniversary. Court wants the same recognition that was afforded to Rod Laver’s 1969 grand slam anniversary at the Australian Open earlier this year, and says she won’t return to Melbourne Park unless she is formally welcomed back.

Court, who holds the all-time record of 24 grand slam singles titles, has not attended the Australian Open since 2017, when she was heavily criticised after voicing her opposition to same-sex marriage. That led to calls for her name to be removed from Margaret Court Arena at Melbourne Park. “I think Tennis Australia should sit and talk with me (about the anniversary),” Court told Nine.

“They have never phoned me. Nobody has spoken to me directly about it. I think they would rather not confront it. They brought Rod in from America. If they think I’m just going to turn up, I don’t think that is right. I think I should be invited. I would hope they would pay my way to come like they paid for his, and honour me. If they are not going to do that, I don’t really want to come.” thenewdaily.com.au/sport/tennis/2019/11/07/more-court-controversy-for-tennis-summer/

I had actually missed some of this news because I was in Africa for a week. But returning recently, and still jetlagged, I did something I don’t usually do: flicked through some television channels early one morning. And on one of them I saw something that further proved to me just how dedicated the haters really are to clamping down on our freedoms.

On one morning talk show there was some guy going on and on about how “abhorrent” Court’s views were, and trying to tell us that ‘homophobia is illegal’. It turns out this anti-Christian bigot is some comedian I have never heard of before. As one recent news item reports:

Australian comedian and host of Triple M Sydney’s breakfast program Lawrence Mooney said Court’s attitude towards gay people has no place in society. “You can’t use ‘her views are popular’ and ‘she has a right to use them’ to be homophobic, you just can’t be,” Mooney told Channel 9’s Today program.

“And if you’re homophobic there’s no space for you in public life. Discriminating about sexuality is a crime, so it is legislated against. Margaret Court’s opinions on same sex marriage and sexuality are abhorrent and she should be hounded out of the sport until she falls into line. It’s absolutely abhorrent. Margie, catch up to 2019. Margaret Court needs to stop discriminating against people.” www.news.com.au/sport/sports-life/australia-reacts-to-tennis-legend-margaret-courts-callout-of-tennis-australia/news-story/80029e76a08b4e94425bd1b53d714f7d

Good grief. Sieg Heil to you too Moons. So for daring to say what the world has always said, she is now an enemy of the state and a dastardly thought criminal who must be banished to some desert isle for life? And where exactly do we have a law saying ‘homophobia’ is against the law?

The term itself is meaningless, and I am not aware of any legislation which says what a person thinks about the nature of marriage is now a crime against the state. This guy is your perfect example of bigoted haters in action. He does not want a free flow of ideas. He does not want free speech. He does not want debate.

He wants to ban all debate and free speech, and criminalise every single person who dares to think differently than he does. As a comedian, he is a joke all right. The trouble is, when bigots like this get into power, they are real dangers to any democracy.

Sexual fascists like this want to turn our country into a homocracy, if I can coin a phrase. They are just as much theocrats as anyone else. But in this case, their god is the god of the sexual revolution. Everyone must bow down and worship before these sexual gods, and all those who refuse to do so must be fully punished.

Welcome to the gender genocide brave new world. Recall that nearly 5 million people voted “No” to homosexual marriage a few years ago. Will brownshirts like Mooney consign all of them to the gulag as well for daring to think differently than the way he does?

Thought crimes were par for the course in Orwell’s 1984. Haters like Mooney are working overtime to ensure that such things are fully implemented in Australia in 2019. He wants to turn all free and democratic nations into gender gulags where only those who think the correct thoughts are allowed to live freely.

The rest will be enchained in re-education camps until such a time as they have proven to be compliant and non-thinking wards of the PC state. We can also refer to this as the ‘Sexual State’ as Jennifer Roback Morse does in her recent book.

While I will speak to this important volume much more in the near future, let me close this article with just one quote from it. She nails just what we are up against. She tells us that the radical sexual revolution needs and depends upon the state:

The Sexual Revolution has never been a grassroots movement. It is and always has been a movement of the elites justifying their preferred lifestyles, imposing their new morality, and, in the process, allowing them unprecedented control over others. The Sexual Revolution came about because the elites captured the coercive power of the State and used it for their personal and ideological interests. The state, together with elite institutions of society, support the Sexual Revolution with a continual flow of propaganda.

Exactly, that is certainly what we see here. Imagine the world’s greatest female sporting champion being vilified and hated on simply for affirming what all of human society has basically believed throughout history. Imagine turning a champion like Margaret Court into an ideological outlaw and a conceptual criminal for daring to affirm the truth about marriage.

We live in very scary times indeed my friends.