We SHOULD be angry about what is happening. But how we deal with that anger is crucial:

I have much more time to write articles than normally: one, I am basically under house arrest, as are all poor Victorians; and two, I am once again languishing in FB jail (no wonder so many refer to it as FascistBook). So I have even more time to think and write – in this case about what is now transpiring in this Australian state. 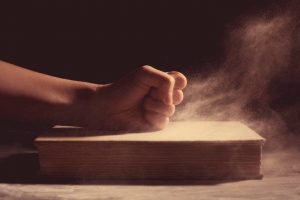 While the rest of the country is basically enjoying normalcy, life and liberty, we Victorians are under the worst and most draconian measures yet. I of course could easily write a number of pieces examining the political nature of all this. I can, for example, rightly mention all the reasons Labor Premier Dan Andrews is largely responsible for this nightmare.

I could speak at length about the hotel quarantine disaster; the allowing of mass protests; his winking at Muslim corona hotspots; etc. Andrews is guilty as all get out, yet he keeps blaming us. Just one very significant quote here:

Tony Neal, the senior counsel assisting the hotel quarantine inquiry, said in his opening address on Monday that information already available to the probe suggests “the possibility of a link between many of the cases of coronavirus identified in the Victorian community in the past few weeks and persons who were quarantined under the hotel quarantine program”. “Comments made by the chief health officer to the media have suggested that it may even be that every case of COVID-19 in Victoria, in recent weeks, could be sourced to the hotel quarantine program,” Mr Neal said. www.skynews.com.au/details/_6173100995001

Mind-boggling! Sorry, it is not we the people who should be imprisoned – it is Andrews who should be in jail for criminal neglect. Most of us sought to do the right thing – at great personal cost – but it has all been undone by his incompetence, his bungling, his hypocrisy, and his lust for power.

But as mentioned, I want to offer some Christian reflections on this. And speaking to all the bungling, ineptitude and injustice of our leaders ties into this. The truth is, I and millions of others are angry – real angry. We are utterly incensed by how our leaders have basically caused so much of this disaster, and they still are not accepting any responsibility or blame for this. They are still saying we are at fault.

What also bothers me greatly is this tragic reality: because of these severe, over-the-top measures being taken, I know full well how many people are and will be suffering – and suffering greatly. How many tens of thousands of more jobs will be lost and businesses shut down forever? How much more devastation and ruin? How many more new spikes in mental health problems? How many more suicides will we see? And believe me these people do exist – I know some of them.

I feel their pain. I am aware of their torment. I think that if I am supposed to be some sort of mature Christian, and I feel the strain and stress of these harsh conditions, how much more those with little or no faith? We know that mental health crises and suicide rates always go way up during times like this.

Australia has 26 million people. Some 200 have died from corona. That is 200 too many. But how many more will die in other ways because of these punitive measures being taken by our governments? The truth is, we should care about ALL lives, not just some.

Again, I mention all this because it angers me. There is great injustice here. It bothers me when people suffer – often needlessly. It should greatly upset any caring person when the very bad decisions of our leaders have such a damning impact on ordinary citizens – most of whom sought to do the right thing for the past half year. But they are now being punished yet again.

The Bible repeatedly speaks about injustice, unfairness, evil rulers, and those who cause the innocent to suffer. We see this happening in Victoria big time. And Scripture makes it clear that there is a very real place for genuine anger over such things. I wrote about this matter recently – please have a read: billmuehlenberg.com/2020/06/21/anger-prayer-and-the-justice-of-god/

I want to speak to this a bit further, mainly by drawing upon one important volume that deals directly with this. I refer to Good & Angry by David Powlison (New Growth Press, 2016). It offers helpful biblical, theological and pastoral insights into the issue of anger. And what he says about the anger of God and how we can rightly mirror that is worth mentioning here. He says this in Chapter 9:

I’m persuaded that we can learn a great deal about ourselves and others by slowing down and taking an actual look at this thing termed the “wrath of God.” It’s the clearest example I know of how to get good and angry – and be patient, merciful, and generous at the same time. You will have to discard prejudices and preconceptions….

We’ve seen how anger intrinsically makes a moral statement. It is about right and wrong. It is about fairness. God is slow to anger, patient, and generous. But he also gets angry – really angry. At the same time, he is always fair. He is fiercely fair-minded. In reference to God, wrath and fury don’t describe a mere irritable mood or a momentary tantrum. They express God’s wholehearted decision to destroy things he finds utterly despicable. There’s no contradiction at all between slowness to anger and fierce indignation. In fact, it’s because God loves so intensely that He must get angry. “That matters . . . and it’s wrong!” Without such anger, so-called love would be a bland, detached tolerance….

It’s the same in both the Old and the New Testaments. Jesus (“gentle Jesus meek and mild”?) blazes with anger both before and after he tells us to be as loving and tender as God is with the people who make us mad! He says, “Woe to you, woe to you, woe to you”….

Don’t let any preconceptions you have about “the wrath of God” keep you from stopping to examine the inner logic of how God’s anger works. His anger always arises for a good reason. It’s never a fit or spasm or bad hair day….

He looks at the Ten Commandments and then says this:

When your anger is justly aroused, it operates along the lines of the Ten Commandments. Like God, you are displeased at betrayals of love. Selfishness, backstabbing, hypocrisy – all those things that anger you anger God as well. More to the point, the reason these things anger you is because they anger God. He describes us as “made in his image.” We are hardwired morally to know that some things are plain wrong and need to be dealt with. You actually work the way that God says you work. You have the capacity for just outrage because he does….

The things that naturally most outrage you, those things that most universally upset human beings everywhere, are the very things that the Bible labels “sin.” We aren’t often taught that “sin” is what you ought to get upset about – what you often hate automatically – because it’s what God always gets upset about….

The God portrayed in the Bible is no killjoy. Love makes joy. But he is rightly hostile to evils because true wrongs hurt people and kill joy.

So there most certainly is a place for righteous anger, or righteous indignation. Of course, how we express that anger is crucial. While that would be the stuff of another article, let me offer a few brief thoughts here. Turning our anger into prayer is of course vital.

I have been praying quite a lot lately because I have been quite angry lately. I cry out to God for justice, for vindication, for his will to be done. I cry out that he would have mercy on his people, and that he would deal with evil rulers. And as I have said before, there is even a place for praying that God will improve or remove leaders.

Scripture offers us warrant for such prayers, as in Psalm 109:8: “Let his days be few and brief; and let others step forward to replace him.” Indeed, the imprecatory psalms are all about crying to God for his justice upon evil-doers. See more on this important topic here: billmuehlenberg.com/2012/02/02/the-imprecatory-psalms-part-one/

So I pray regularly that people like Andrews will either be gloriously saved, repent of their many sins, and head down a new path, or be removed one way or another – and real fast! So as you deal with the just anger you feel over these very unjust situations, keep your focus on God and on prayer.

He will in his own time and his own way ensure that all injustice is dealt with and all those who suffer from such injustice are comforted and blessed – whether or not that injustice is removed immediately.

21 Replies to “A Spiritual Take on the Victorian Disaster”