Why Christians need to support Trump:

America will soon determine who will be its next president. Debate still rages amongst the voters at large, and also amongst the Christian community. Whereas in times past such a stark decision facing the electorate would have meant Christians would be pretty clear on who to run with, the continual leftist takeover of the churches has changed all that. 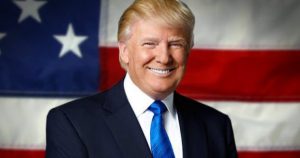 Sure, mainstream denominations have long ago succumbed to theological and political liberalism. But now the woke movement is penetrating the evangelical world big time as well. The left has always hated Trump, and Trump Derangement Syndrome is most certainly real.

Now we have evangelicals strongly pushing a Biden win. Not that they can actually name anything good about Biden, or offer any constructive policies of his. It is all about hating on Trump. The other day I discussed all this, focusing on one evangelical – John Piper – who said he cannot vote for either man: billmuehlenberg.com/2020/10/24/evangelicals-and-trump/

That discussion continues, with other evangelicals responding to Piper, and others giving a more generic case for why Trump is the right choice. One major response to Piper came from Wayne Grudem. In his lengthy and irenic piece, he explained in detail why he has to differ from his friend. Let me share parts of that article. He begins:

John Piper has been a friend – a good and faithful friend – for more than 40 years. I thank God for his remarkable worldwide ministry, his evident deep love for God, his faithfulness to every word of Scripture, and the way his life of self-sacrifice continues to provide a challenge to me personally. When we have opportunities to be together, I enjoy every minute of conversation with him. I pray for him regularly, as I believe he does for me. I agree with probably 98% of everything he has written and said during his entire ministry. But he and I have reached different conclusions about this year’s presidential election.

A candidate’s character and policies are both important to consider before voting. And I would agree that there are some character flaws so serious that they would by themselves disqualify a candidate (such as an avowed racist). But in most elections, and with most candidates, we have to choose between two rather ordinary human beings, both of whom have flaws. In that case, an evaluation of their policies becomes decisive. And that is the case in this election….

After his nearly four years in office, I would add that he has shown remarkable courage of his convictions, faithfulness to his campaign promises, steadfastness of purpose in spite of an astoundingly hostile press, incredible energy in the performance of his job, dignity and even eloquence in many formal speeches and ceremonies at home and abroad, respect and appreciation for his wife Melania and his sons and daughters, and a wide-ranging understanding of the hundreds of different issues that every president faces….

Imagine what would happen if all evangelical Christians followed Piper’s example and decided to write in someone else’s name instead of voting for either Trump or Biden. The result would be an overwhelming landslide victory for Biden, because the largest single bloc of Trump supporters is evangelical Christians. In 2016, 80% of white evangelicals voted for Trump, while 16% voted for Clinton and 4% didn’t vote for president or voted for some other candidate. If that 4% of “vote for neither one” evangelical voters had been 5% or 6%, Hillary Clinton would have been president.

He goes into some detail on the clear differences between the two if elected, and concludes:

These are two vastly different kinds of nations. The first one features increasing freedom, personal responsibility, and human flourishing. The second one features ever-increasing government control of every aspect of our lives, significant losses of freedom, and the implementation of many laws and regulations that are contrary to the moral teachings of Scripture. That is why voting for Trump seems to me to be the most loving, most faithful choice for a Christian. www.christianpost.com/voices/a-response-to-my-friend-john-piper-about-voting-for-trump.html

And a key evangelical leader who did not vote for Trump in 2016 explains why he now will. Al Mohler said this in part:

I am a Christian, Baptist by conviction. I am a Christian theologian who has addressed issues of public policy, political theory, history, and cultural analysis for decades. . . . I cling to the gospel of Jesus Christ and the saving truths of redeeming grace, but I am also thankful for the common grace whereby all humanity, formed in the image of God, is accountable to universal truths embedded by the Creator in his creation—including the goods of marriage and family and community and economy and culture. I believe that denying these universal truths is destructive of civilization.

I believe that, in a fallen world, all politics is some mixture of good and evil, all political gains are partial, and the perfect is—often tragically—the enemy of the good. As a Christian, I believe that love is to be the animating motivation for political action, but I understand love as revealed in Scripture to be manifested in concrete actions that are measured in moral effect. In other words, love is not merely a mood or an emotion. Love leads to policies that have good moral effects, not necessarily to actions that earn the applause of the world.

Thus, I am also a classical conservative in the Western tradition. I stand solidly in the tradition of Edmund Burke, affirming the real but limited responsibilities of government, the importance of the rule of law, the classical defense of liberty, the vital importance of free associations, and the necessary alignment of human government with human nature.

The life issues are absolutely crucial here for Mohler, as they should be:

Just consider the fact that a Biden-Harris administration would be, by any honest account, the most pro-abortion political force in American history. . . . The Democratic Party is now so pro-abortion (and yes, that is the right term) that it has declared opposition to any restriction on abortion and demands tax-payer funding for abortion.

Led by Democratic governors, states such as New York and Illinois have adopted new abortion legislation that effectively allows for abortion right up to the moment of birth. . . . The party’s dogma would allow for unrestricted abortion in the case of Down syndrome diagnosis, for reasons of sex-selection, or for any other reason, or for no stated reason at all. The Democratic Party is linked hand-in-hand with Planned Parenthood, which is not only the nation’s largest abortion provider, but is also the engine for the Culture of Death, unmasked for having targeted unborn babies for the strategic removal of specific organs and tissues.

This tears at my heart like no other issue. I agree that there are many other issues that press on the Christian conscience—questions of economic policy and foreign affairs and energy and the stewardship of the earth. The searing pain of racial injustice and the unraveling of our social fabric demand Christian response and urgency. Christians must be concerned about questions of immigration policy and refugees—and these issues defy the simplifications of the sound-bite and tweet culture.

But human dignity and the sanctity of human life are even more basic truths, and I believe there is no hope for defending human dignity for all if it is denied in the womb. To be intellectually responsible is to recognize the array of issues confronting us, but the same intellectual responsibility demands that we know which questions are prior to others and on which truths the entire superstructure of human dignity and human rights depend.

He says this in conclusion:

But Christian fellowship is based on shared convictions and common faith in Christ. In my denomination, that means shared passion for the gospel, shared commitment to cooperative ministry, and shared convictions about marriage, the sanctity of human life, human beings made male and female, and the wholeness of the faith once for all delivered to the saints.

I know of no church or denomination that makes voting choices a matter of church discipline or church order. It is the convictions themselves that constitute grounds for church discipline and church order. On the other side of this election, brothers and sisters who share the same convictions will have to find a way to work together to forge a way forward. If politics becomes primary, the church is reduced to a political party. Politics is never off the horizon, but if it dominates the horizon, Christian fellowship is undermined….

I truly believe that this presidential election, with the control of the Senate also clearly at stake, is likely to be transformational. The stakes just keep getting higher. The difference between a Trump administration and a Biden administration will shape a generation and have a very great deal to do with the future of our nation. My convictions lead me to a very clear conclusion in this election. I hope and vote for the election of Donald Trump and the Republican ticket for a second term and for a continued Republican majority in the U.S. Senate. I do so precisely because of my convictions. I am accountable to make those convictions and reasons clear. May God bless the United States of America, and may this nation bless the nations of the world. albertmohler.com/2020/10/26/christians-conscience-and-the-looming-2020-election

There are many more voices that could be featured here – both pro and con. But I must agree with these two men. This may well be the most important American presidential election yet, and the stakes are enormous. As I keep saying, Christians must be very prayerful and careful as to how they vote. The fate of America and the West may well depend upon it.

16 Replies to “Christianity, Trump, and the White House”