The dangers of a closed mind:

A lot of my recent pieces have been on politics and elections, so some folks might appreciate something a bit different. There is never a shortage of other topics to write on, and often my daily experiences on the social media provide plenty of things worth commenting on. 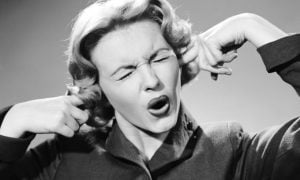 One thing I have written about before is how outfits like Facebook can present you with both the best and the worst of Christian behaviour. Plenty of debates and fights take place there, and too often lots of decidedly sub-Christian behaviour and attitudes are found there as well.

So many times the real person – not just the outward Christian image – will come through in their posts and comments. Often they get more and more angry with you, all the while claiming to be terrific Christians. Sadly I have had to deal with far too many cases of this over the years.

Consider one that took place just moments ago. I had some guy chewing me out for ‘name-calling,’ telling me how unchristian it is. When I pointed out to him that he was actually guilty of calling me and others names, he got even more upset, called me more names, and then unfriended me!

Hmm, gotta love these paragons of Christian living. Oh dear. No wonder Jesus got so upset with hypocrites and the self-righteous. But let me speak to one aspect of all this – that which is found in my title. But to do so, let me more fully detail this sad encounter.

This fellow commented on one of my posts, and appealed to Matthew 5:22. He thought I was out of line, and made it clear that Christians should not resort to any form of name-calling. In my reply I said that there is a place to be angry with sin and evil, and suggested he have a look at this piece: billmuehlenberg.com/2020/06/21/anger-prayer-and-the-justice-of-god/

I also reminded him that strong rhetoric is found throughout the Bible, whether used by the prophets, Jesus or the disciples. I said he could check out this piece for more detail on that reality: billmuehlenberg.com/2007/04/18/rhetoric-the-bible-and-the-believer/

And I said that the Bible often speaks about fools. God himself especially in the wisdom literature used the term: billmuehlenberg.com/2020/07/10/on-fools/

Finally, I mentioned that I had specifically addressed the verse he had offered, and urged him to have a look at why I differed from him: billmuehlenberg.com/2015/07/07/difficult-bible-passages-matthew-522-2/

I said if he had more questions after looking at these pieces, he was welcome to get back to me. Now when I do something like this, offering some articles in response, it is for good reason. Many issues are indeed complex and nuanced, and they deserve careful attention. A short line or two response in a tiny FB comment box is hardly the proper way to engage in serious debate.

If I have carefully and prayerfully written a detailed piece on some topic, I am happy to refer people to that. There really is no need for me to repeat myself over and over again. But my suggestion that he have a look at those pieces clearly did not sit well with him.

He very quickly came back with another comment, informing me that he did not have the time nor the inclination to read those articles. He said he had ‘done my own careful study in these matters many times over. As a consequence it is clear to me that name-calling by believers is little more than a self-righteous adoption of the ways of the world.’

That was a rather disappointing response. So I answered him this way: ‘In other words you have already made up your mind and have decided you will refuse to hear and learn from other brothers and sisters in Christ – that is a scary and rather arrogant place to be in. And in calling me self-righteous, or clearly implying that I am, were you just guilty of name-calling? Hmm, reminds me of what I just read in Romans 2:1-3 an hour ago! Blessings.’

Well, as mentioned, he got even more upset with me and shot off a longer comment, calling me more names. Hmm, I seem to have struck a raw nerve there. While writing a final reply to him, in the middle of it he unfriended me, ending that discussion!

As I say, hypocrisy and self-righteousness are big problems indeed, and I often see that being thrown at me. But the thing that really bothered me here was when he said he had ‘studied’ the matter and that he had no need to take on board the thoughts of others.

He seems to have shut his mind on this issue, and had decided that other believers are just not worth listening to. That is indeed, as I said, a dangerous place to be in. When you think you have no further need to learn things on various matters, that is often just a matter of pride.

I am not saying we should never have any strong convictions about anything. Certainly, on core biblical doctrines we need to have some strength of conviction. But on lesser doctrines at least we should be able to keep an open mind, and be willing to receive new light and to learn from other Christians.

We all see through a glass darkly as Paul wrote. None of us have all the truth. We all need a bit of humility here, and a teachable spirit. I have discussed this in various places, such as here: billmuehlenberg.com/2017/04/01/perilous-pitfalls-unteachable-spirit/

As I said in a related piece:

We all need to take this matter seriously. We all can be unteachable, stubborn and impatient with others at times. We all can do better here. I know I have a long way to go in this area. But some folks are without question altogether closed to learning from others. They are arrogant and they have an unteachable spirit. They need to repent, and ask God to change them from within. As Proverbs 26:12 puts it (in the Amplified Bible): “Do you see a man [who is unteachable and] wise in his own eyes and full of self-conceit? There is more hope for a fool than for him.” billmuehlenberg.com/2018/05/03/the-sin-of-an-unteachable-spirit/

As I say, I need to heed such things as well. I too can easily get set in my ways and refuse to learn from others. But sadly with this fellow, I could not have any further discussions with him since he got upset and cut me off. It seems he was angry because he was being called out over his rather obvious double standards.

All I can now do is keep him in prayer. Hopefully he will spend a bit of time with the Lord and see if he may have some areas in his life that need to be dealt with. But we are always in a bad place when we think we know everything and have no need of the rest of the Body of Christ to share with us and to teach us.

As I keep saying, a little bit of humility always goes a long way in the Christian life.