What do the Pope and the Great Reset have to do with each other? 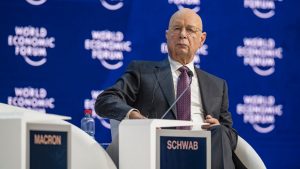 But let me say something at the outset: I am not picking on Catholics. Anyone who knows me realises I have always sought to avoid sectarian warfare. I have Catholic friends and Protestant friends. Some of my hardcore and very devout Catholic friends fully share with me concerns about the current Pope. He has been all over the place, and is far too often pushing various leftist agendas. One of my very committed Catholic friends recently told me she thinks Francis “is a heretic”!

Here I want to focus on a rather alarming website in which the Vatican is fully in bed with a rather worrying agenda. It is called “Council for Inclusive Capitalism with the Vatican”. Someone alerted me to it recently, and after just seconds into it, I was thinking to myself, “Wow, this sounds just like the Great Reset!” And a few seconds later I found that the site was linking to the main Great Reset organisation, the World Economic Forum. See here: www.inclusivecapitalism.com/

You can check this site out for yourself, but on its homepage it says this:

The Council for Inclusive Capitalism is a movement of the world’s business and public sector leaders who are working to build a more inclusive, sustainable, and trusted economic system that addresses the needs of our people and the planet.

Capitalism has lifted billions of people out of poverty, but many in society have been left behind and the planet has paid a price. There is a moral imperative to address this challenge, and we are taking action. Our members undertake measurable commitments to help create:

As I said when I first wrote about the GR and the WEF and what is found on their website, all this sounds really neat: we have a lot of warm and fuzzy terms that might make you feel good. But we must move beyond the rhetoric and into the actual detail. And the details are indeed a worry.

I will need to assess these matters more carefully in future articles. But a few things can be done here. First, plenty of articles on this new initiative are available. For example:

The CEOS of Bank of America, Visa, EY, BP, Johnson & Johnson, Salesforce, and several other Fortune 500 companies are joining forces with Pope Francis to promote a more inclusive form of capitalism in a new organisation called the Council for Inclusive Capitalism With the Vatican.

To join, business leaders must commit to measurable steps to create a more equitable and fair economic system, including adherence to the UN’s sustainable development goals. As part of the commitment, the companies must take steps toward ending poverty, providing access to clear water, and reducing income inequality.

This is not the first time the pope has taken a strong stance on capitalism. In the third encyclical of his papacy in October, Pope Francis rebuked free market capitalism. An encyclical is a way for religious leaders to establish a historical record of the church’s teachings at the time. He’s also repeatedly called for leaders to combat “dismal” inequality with fairer policies. www.businessinsider.com.au/business-leaders-join-pope-francis-promote-council-inclusive-capitalism-2020-12

Again, it all sounds benign enough. But there is much more to it than what reports like this let on. As I said, the idea of “inclusive capitalism” has been around for a while now. Let me quote from two earlier pieces on this. In an article from last year Catholic writer Michael Severance said this:

However, when the feel-good word “inclusive” is applied to the not always feel-good word “capitalism,” it’s a little like mixing oil and water for lovers of socialism. They assume that capitalism is a naturally selfish “look out for your own short term gain while everyone else loses” economic system.

We must remind Pope Francis – and other doubters of capitalism’s natural propensity for inclusion – that capitalism is not just about hard capital (the material means, the money, or any of its capital assets) but also and much more so about soft capital (the caput, that is, our intelligent heads: moral collaboration, the intention to serve, create, and produce goods). It’s all about achieving the common good in wealth for all the nations, not simply for my profit today.

Capitalism is part of man’s natural social order and striving together for flourishing. It’s about exchange. It’s about markets. It’s fundamentally about providing goods and services to others….

It’s a shame we have to attach platitudes to the natural attributes of capitalism.  We understand the Pope’s concern, since there are many false economies claiming to be “capitalism” that in effect are none other than cartels, monopolies, cronyism – all of which are built on frameworks of selfishness and ultimately self-destruction. Just go to Buenos Aires, and you’ll find plenty of empathy for the Argentine pope. Regardless, it’s high time we praise capitalism for what it actually is, and not for what it isn’t or often pretends to be. www.acton.org/publications/transatlantic/2019/11/12/inclusive-capitalism-why-not-simply-capitalism

And a piece from six years ago on inclusive capitalism opened this way:

As the economic recovery from the financial crisis continues to disappoint on a variety of fronts—particularly job creation and real income growth—calls for a more inclusive capitalism grow louder. A chorus of critics is particularly obsessed with what they perceive as an increasing inequality—of both income and opportunity—that the current system has wrought.

It goes on to say this:

Alongside the growth of the entitlement state we have seen the increasing prevalence of crony capitalism—a condition in which favored industries enjoy monopoly powers granted by government. The means of such protections include intervention, mandates, regulations, and subsidies, which have prevented a free and competitive market from flourishing in many important areas. The Export-Import Bank, wind and solar power subsidies, ethanol subsidies, and the “too big to fail” doctrine are just the most-publicized examples. Such policies are bad for both taxpayers and innovators, as a rigged system that showers favoritism on certain industries promotes economic inefficiencies and corruption. Lobbyists and various insiders scramble to benefit from government spending and regulations.

Of particular concern is the increasing prominence of a rule-making bureaucracy, including zealous federal agencies that, when combined with a cascade of executive orders, continue to move our economy in a direction outside of our constitutional principles and antithetical to free markets. fee.org/articles/inclusive-capitalism/

Much more can be said. Consider just one further issue: the second point of four found on their site, dealing with equitable outcomes. The idea of equality of outcomes is always a dangerous notion – one fully pushed by socialists, but one always warned against by those who value the free market. The simple truth is this: we are all different, so if you aim for equality of outcomes, that means you must treat people quite differently.

That is, the lazy will not want to put much effort into hard work, while the diligent will labour long and hard. But if they both end up with the same outcomes, then the slothful are being rewarded while the dedicated worker is being penalised. Needless to say, you will encourage laziness while deterring hard work.

As I said in an earlier piece:

In 1988 the Australian law professor wrote an important book entitled, The Australian Achievement: From Bondage To Freedom. While the entire volume is quite helpful, I draw your attention to ch. 20: “Equality of Opportunity and Equality of Outcome”.

Says Cooray, “Equality of opportunity is best expressed in the phrase – career open to talents. No arbitrary obstacles should prevent people from achieving those public positions which their talents fit and which their values lead them to seek. Neither birth, nationality, colour, religion, sex nor any other equivalent characteristic should determine the public opportunities that are open to a person – only talent and achievement.

He continues, “Equality of outcome is a radically different concept. Equality of opportunity provides in a sense that all start the race of life at the same time. Equality of outcome attempts to ensure that everyone finishes at the same time. To slightly change what the Dodo said in Alice in Wonderland, ‘Everybody must win and all must have prizes’. That is the goal of radical socialism. Everyone must be a winner, everyone must be equal. Socialists do not really point towards absolute equality but they point to vague ideas of fairness and justness.” billmuehlenberg.com/2010/09/01/%e2%80%98social-justice%e2%80%99-versus-biblical-justice/

But it is the Vatican getting into bed with groups like the WEF and cozying up with radical economic agendas that is the real worry here. The WEF is certainly singing the praises of the Pope: www.weforum.org/agenda/2020/10/here-s-the-pope-s-prescription-for-resetting-the-global-economy-in-response-to-covid-19/

One Catholic critique of all this is found here: catholicfamilynews.com/blog/2020/12/03/a-meditation-on-the-great-reset-and-the-liberty-of-christians/

And check out this recent article, also by concerned Catholics: www.churchmilitant.com/news/article/globalists-cheer-popes-role-in-great-reset

The future sure is looking a lot more ominous each passing day.

14 Replies to “The Great Reset, the Vatican, and “Inclusive Capitalism””