So I have just been sin-binned by FB, again. This time they censored a pic I had posted after someone made a stink about it. It had to do with something seen every day of the week at any sodomy pride march. Just some guys in skimpy leather gear with their backsides shown to an extent.

So someone – either another pansy girlie-man Christian, or a homosexual activist – made a stink. So a few hours ago I got this from FB: “Someone reported your photo for containing nudity. We’ll review your photo in the next few days. If we determine that it doesn’t follow our standards, it will be removed.” 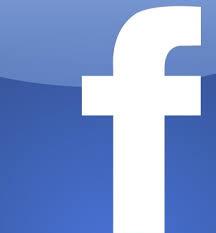 Well, within a few hours I got this: “We removed this content because it doesn’t follow the Facebook Community Standards regarding nudity.” Well, that was quick. The thought police took very little time over that one. Strange how they will not act on all sorts of content and pics which are far more vile, gross, disgusting, blasphemous and repugnant however.

Of course as in any Stalinist show trial, your accuser remains fully anonymous. Anyone can say anything about anyone, and remain safe behind this unfair anonymity. So I guess I will never know if this was a squeamish Christian or a troll on my page.

If it was the former, then all I can say is this: if they don’t like such things, they should stop shooting the messenger and start getting rightly upset over the reality so depicted. I will never fathom clueless Christians who get angry at you for showing and revealing the truth about evil, instead of getting angry at the evil itself. Utterly mind-boggling!

And of course I had some believers complaining to me here, saying how they don’t like to look at such stuff. Hey, I don’t like to look at it either. But sometimes we need to get our heads out of the sand and face up to reality. Those who abort babies don’t want to see pictures of their “choices”. Those who had slaves did not want to know about all the injustice and inhumanity.

I seldom post such raw pics. On rare occasions I do. So I certainly do not go overboard here I feel. But sometimes we need to snap people out of their slumber – especially snoozing Christians. They must face reality, and realise just how bad our society is getting.

And for the believer there are always two balancing passages here which one must hold onto. On the one hand we are told that it is a shame to even speak of those things done in the darkness (Ephesians 5:12). But we are also told to ‘not be ignorant of Satan’s devices’ (2 Corinthians 2:11).

We must be aware of the enemy and his movements, while not overly contaminating ourselves with all this crud. So it is a balancing act. One extreme is to uncritically and unwisely fill ourselves with all this pollution. The other is to keep our heads in the sand – something which just makes it more possible for evil to flourish.

But I speak to this more fully here: billmuehlenberg.com/2013/04/13/i-just-dont-want-to-think-about-it/

The real point about all this FB thuggery and thought police fascism however is the sheer hypocrisy of it all. Just go to any homosexual FB page for example, and get a load of the gross and vile pics, with plenty of nudity. But dare to simply post what a sodomy pride march really looks like, and they ban you!

But we know exactly the reason for all this. Facebook long ago jumped into bed with the militant homosexual lobby. As I reported at the time, FB and the militants are working together, as this October 21, 2010 headline made clear: “Facebook Teams Up with Gay Activist Orgs to Stop ‘Hateful’ Comments”.

So FB and the sodomites are running the show, and anyone who dares to get in their way will be subject to the thought police. Nothing surprising here therefore. It is all part of the homosexual agenda being played out right before our very eyes.

I just wonder how long before I am banned altogether for daring to present truth on the pink FB pages.

17 Replies to “Our FB Thought Police in Action”