The recent, sad case of baby Gammy and his twin sister who were born through a Thai surrogate, and purchased by a Perth couple, has gotten a lot of attention recently, and has reopened the discussion about the ethics of surrogacy. When the story first broke I penned an article about it: billmuehlenberg.com/2014/08/01/time-to-stop-baby-buying/

While most of the discussion about surrogacy is focused on adults and adult wants and desires, little discussion is centring on those who are often the big losers here: the child so conceived, and the exploited surrogates from overseas. In this case Gammy was rejected while his sister was taken, with the Thai woman and baby left hanging.

But there are many other horror stories involving international baby buying, and the use of surrogates. The very fact that money is changing hands should send alarm bells ringing of course. We are talking about the commercialisation of reproduction, and people making a profit in the trade of babies. 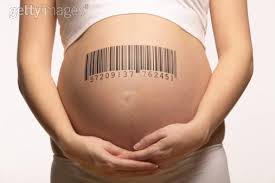 I thought we dealt with that several hundred years ago and determined that it was fundamentally wrong. The West eventually realised that the buying and selling of human beings – slaves – was immoral and illegal. But now we have another roaring trade in human beings – this time, vulnerable and innocent little babies.

When babies become mere commodities – simply objects of monetary exchange – then the descent of barbarism is nearly complete. Yet we find this happening all over the Western world. In the name of helping women and infertile couples, we have managed to turn one of the most sacred and special things – childbirth – into one of the most profane and ugly things.

With the new assisted reproductive technologies we have in so many ways cheapened life, depersonalised parenthood, and trivialised family. It is even worse when these things become a means of making money. Fortunately a few voices are now being heard about this. Some are questioning how we have gotten to this place, and why we are even allowing the baby trade to continue.

One expert on these matters has weighed in on the subject. Anne Gallagher is an international lawyer specialising in human trafficking and migrant smuggling. She recently wrote a piece about international commercial surrogacy and is worth quoting from here. She says, in part:

In my work on human trafficking I have come across many cases of ruthless exploitation in the “womb-for-rent” trade. Women are sometimes pressured into surrogacy by their families or grossly deceived about the conditions of the arrangement, cheated by the brokers, medical personnel and entrepreneurs who make the real money. The surrogate is seen purely as a commodity – an investment that must be closely guarded.
Many are virtual prisoners, forced to remain in a compound for the duration of the pregnancy. The common realities of repeated pregnancies, abortion when something is not quite right, complications from the use of fertility drugs, non-payment in cases of miscarriage, and failure to provide surrogates with independent legal advice are rarely acknowledged. Foreign parents are usually shielded from these uncomfortable details: the profiteers understand all too well how important it is to maintain the illusion that this is somehow an altruistic service, where everyone benefits and no one is harmed.
International commercial surrogacy has much in common with the global trade in organs. In both cases, the bodies of poor women and men are used for the benefit of the rich. In both cases the argument is made that the poor should be given control over their bodies – to deny them the right to sell a kidney or rent out their womb is paternalism at its worst, preventing individuals from climbing out of the quagmire of poverty and disadvantage.
Governments in poor countries are often complicit in this opportunistic manipulation of what freedom and consent really mean. They adopt laws our government would never accept in the hope of developing lucrative niche markets in “fertility tourism” and “organ tourism”.

And others are rightly picking up on the exploitation of these overseas surrogates. Another commentator also highlights the abuse of these women in poor countries:

What I don’t hear is much consideration of the surrogate mothers. Invariably these women come from poor countries. For a few thousand dollars they can be persuaded to hire out their bodies for nine months to carry a child for people they don’t really know. It must be a terribly desperate plight these women face to do this – a plight perhaps more desperate than the Australian couples who pay them. Remember too, women from poor countries are often women whose rights are poorly protected. They are very much at risk of exploitation.
I cannot help feeling, also, that the immense intimacy of carrying and delivering a baby – the essence of a mother’s love – is tarnished and diminished by the payment of money. Love is, after all, something beyond price. Consequently, the psychological toll surrogacy takes on these women must be immense. I believe we just don’t know enough to be able to legalise it with good conscience. There is also an ethical aspect which demands consideration. Australia has righteously campaigned against the international sex trade. There seems little difference between women renting their bodies for sex and renting their bodies for surrogacy. Both make women a traded commodity.

Another recent article also warns about the dangers of human trafficking in the baby selling business:

Surrogacy is being used as a smokescreen to traffic children to Australia from India, Thailand, China, Malaysia and Ukraine, the Immigration Department has revealed. Officials fear that Australians with “significant criminal history and/or convictions for child sex offences” have used surrogacy to bring babies home. Disturbing examples of exploitation, including a twin abandoned in India, are exposed in the department’s submission to the federal government’s Family Law Council. It includes details of a surrogate who refused to hand over a baby, a “baby for a visa” scam, and a couple who brought home three babies after impregnating two surrogates at once.
“Of particular concern is the growing number of cases presenting from countries where there is no, or limited, legal framework surrounding surrogacy, such as India, Thailand and Malaysia,” the department told the government’s advisory council. “The lack of a legal framework in these countries, coupled with the poverty of many of the population, increases the potential for exploitation of the surrogate mother as well as the risks of child trafficking.” The department flags the “risk of possible child trafficking being disguised as surrogacy” and warns of “the risk of unauthorised or incomplete adoptions being passed off as surrogacy -arrangements” to evade tough migration controls. An Australian man was allowed to bring twin “surrogate” daughters home from India, even though DNA tests proved he was not their father.

As tragic as this story about baby Gammy has been, at least it has finally caused the spotlight to shine on the sordid world of baby buying and selling. It is time to ask some very hard questions here, and perhaps call a moratorium on all such activities.

It is a genuine grief when couples cannot bear their own children. But as commentator George Will has put it, “The desire for children is strong and wholesome, but life offers no guarantees, and good things can have prohibitive costs.”