The division between good and evil is perhaps nowhere better highlighted than in the issue of abortion. Very simply put, on the one side is the promotion of death, while on the other side in the celebration of life. The contrast could not be more stark.

Admittedly many women are forced into this terrible situation by other people, and in a sense they too are victims. But here I want to contrast the activists for death with the activists for life. The groups pushing for the right to kill unborn babies can be ugly in the extreme.

I have offered many appalling examples of this before, and here I will feature another one. It seems the pro-aborts at one American university regard baby killers as heroes, who should be celebrated and honoured. Here is how one write-up of this goes:

The University of North Carolina – Wilmington celebrated “abortion heroes,” including those who performed illegal abortions, during an event last week. According to the flier promoting the event, the public university’s LGBTQIA Resource Office partnered with the school’s Women’s Studies and Resource Center (WSRC) to host the event celebrating those who performed abortions before they were legal. The event flier promised free pizza to students who attended.
“Come learn about the brave men and women who performed abortions before they were legal, often risking their own lives and freedom,” the flier says. “Abortion providers are heroes!” the flier also says. “Thank you for standing with 1 in 3 women who have an abortion.”
Students and professors at UNCW have decried the event, as well as several events both centers have co-sponsored.
“The LGBTQIA and UNCW’s [WSRC] have put on many events like this in the past using taxpayers’ dollars to not only bring awareness to the feminist movement but to campaign and celebrate abortion,” Madison Marston, a senior biology major at UNCW told Campus Reform. “Their intent isn’t simply to ‘celebrate abortion.’ No, this is a political campaign against life for abortion, and it is being funded by yours truly, the University of North Carolina – Wilmington.”
Marston, president of Ratio Christi, a student Christian apologetics organization, told Campus Reform that both the WSRC and the LGBTQIA office have been invited to sponsor, co-sponsor, or attend pro-life events, but have declined. “This demonstrates that the resource centers are clearly biased towards only one side of the argument,” she said. “They don’t want to hear about the Life Line Pregnancy Center or adoption. They only want to push abortion in the minds of women.”

In marked contrast to this are those campaigning for life who will sacrificially give everything so that babies will not be butchered. Many in fact end up spending lengthy periods in prison in their efforts to protect life. But while they are the real heroes here, and their efforts for life need to be shared, the stories of those who now deeply regret their abortions also need to be heard. 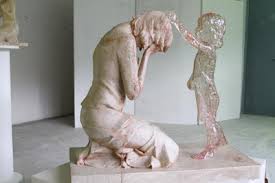 A recent article highlights eight such stories, of which I will share a few. Consider the story of Lori Nerad, Former National President of Women Exploited by Abortion:

Two weeks after the abortion, I went into labour. I staggered into the bathroom. And there, with my husband beside me, I delivered a part of my baby the doctor had missed. It was the head of my baby. . . I’ll wake up in the middle of the night, thinking I hear a baby crying. And I still have nightmares in which I am forced to watch my baby being ripped apart in front of me. I simply miss my baby. I constantly wake up wanting to nurse my child, wanting to hold my child. And that’s something the doctor never told me I would experience.

And here is the testimony of Jewels Green, former abortion clinic worker and public speaker:

January 6, 1989, at 9 1/2 weeks gestation, I had an abortion. It nearly killed me. No, not the surgical procedure, the psychological aftermath. I attempted suicide three times after my abortion and finally ended up in an adolescent psychiatric ward of a community hospital for a month to recover.… Working in the autoclave room was never, ever easy. I saw my lost child in every jar of aborted baby parts. One night after working autoclave my nightmares about dead babies were so gruesome and terrifying and intense I met with the clinic’s director to talk about my feelings. She was very understanding, open and honest, and painfully forthright when she told me, “What we do here is end a life. Pure and simple.”

While the pro-aborts are treating baby butchers as heroes, many women who have had an abortion sure don’t think in those terms. Yet much of the world, and incredibly, even some of the Christian world, actually believe that abortion is some sort of human right, and something that we all very much need.

One of the more famous stories Jesus told is the one about the Good Samaritan. It comes in the context of Jesus talking about love of neighbour, and being asked, “Who is my neighbour?” Rolley Haggard has just penned a piece on this story, in connection with the abortion issue. Let me end this article with his concluding words;

The apostle Paul said, “No one ever hated their own body.” If each of us loved these little neighbors as we ought – “as ourselves” – we would envision having our own bodies torn limb from limb and would be unable to remain silent and apathetic any longer.

We know the right thing to do. We just haven’t been willing to do it. Scripture is unequivocal: “Deliver those who are being taken away to death, and those who are staggering to slaughter, oh hold them back.” Abortion continues because we willfully ignore our tiny neighbors. Until we go beyond saying we believe in the sanctity of life and start demonstrating it by becoming relentless vocal advocates, the slaughter will go on and history will record the church believed it was sufficient to merely say, but not show, it cared for people.
Assuredly, we will pay a price if, in this culture of death, we open our mouths to make abortion unlawful and unthinkable. But we—and our neighbors—will pay a bigger price if we don’t. What matters most often turns on a single act of the will. We have been called to lose our lives for Jesus’ sake. That means choosing to lose our lives for our neighbor’s sake. These forsaken babies are our neighbors. For Jesus’ sake, let’s connect the dots.