All over the West draconian laws are being put into effect granting special rights to tiny minority groups such as the homosexual militants. The various activist groups will lie to your face, insisting that all these special rights will not impact on anyone else.

They will claim that no one will be adversely affected if things like homosexual marriage are enacted. They say it is just fear-mongering to suggest that the freedoms of others will be put at risk. Well, as I have documented time and time again, this is pure baloney.

Everyone is impacted by things like homosexual marriage. Almost always these new laws take away basic rights of ordinary citizens. Faith-based groups especially end up being heavily discriminated against, with various freedoms whittled away. 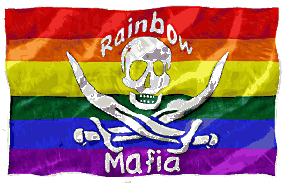 Freedom of religion, freedom of speech, freedom of assembly and freedom of conscience are all being hammered as the activist groups push through restrictive legislation. Calling it equal opportunity legislation, or anti-discrimination law changes nothing.

At the end of the day it is often biblical Christianity that is being targeted. Indeed, in so many of these secular left laws there are discussions about whether religious groups should be granted “exemptions”. Most often the radicals want no exemptions whatsoever, but allowances may be made to simply get a bill voted through.

We see a perfect example of this occurring in Victoria with a homosexual adoption bill just being passed. As one report puts it:

Legislation to allow same-sex couples to adopt has passed the Victorian Parliament, after the Government decided to accept amendments made in the Upper House. The bill originally did not allow religious organisations to refuse an adoption to gay couples, but the Upper House amended the bill last month to give religious exemptions.
The Government had been considering whether to reject the amendment and withdraw the bill all together. Earlier this year, Victorian Equality Minister Martin Foley labelled the suggestion to allow faith-based exemptions to same-sex adoptions “rubbish”. But the Government accepted the changes, in order to enact the bill.

Sadly we once again have some Christians and Christian groups patting themselves on the back, claiming they got some religious exemptions in. This is nothing to be proud about. Indeed, it is simply a case of not clearly thinking through what all this means.

The truth is, there are all sorts of problems with these exemptions. For one, they are usually far too restrictive. While they may sound good in theory, usually they only apply to a select few individuals, such as paid professional clergy. A myriad of other religious folks who should also be exempt usually are not, be they Sunday School teachers, church staff, religious school personnel, workers in parachurch groups, and so on.

There are numerous Christian workers who will never qualify for these “exemptions”. So they really are useless from day one. But even more worrying is this simple truth: whenever a government has a right to grant religious bodies exemptions, it of course has the same right to snatch them away.

Once a government tells religious groups what it will allow them, it can just as easily tell them what it won’t allow them. And we find this happening far too often. Some lousy bill is debated, a few lame exemptions are allowed, clueless Christians think it is all peachy and go back to sleep, and the next thing you know, the exemptions are watered down further or simply taken away.

There are cases of this occurring regularly around the West. I document nearly 200 such cases of Christians losing their freedoms when pro-homosexual legislation goes through in my recent book, Strained Relations. Plenty more cases can be mentioned. Here are two more very recent ones.

Earlier this year homosexual marriage was legalised in Ireland. The same assurances were given that no one would be impacted by this, and religious bodies would all be just fine. Yeah right, it did not take long at all to show what lies those were. Consider this rather expected news:

The Irish Parliament has passed a bill forcing publicly-funded Catholic institutions, including schools, to employ open homosexuals. The bill, which extends the ban on discrimination in the “equality law” to religiously-based institutions, affects the 90 percent of the country’s schools that belong to the Catholic Church. While homosexual groups and media pundits hail the new law, defenders of the Catholic schools and teachings say the law is unconstitutional.
“This bill is the key piece of the legislative map that will allow LGBT people to be themselves, get married, and have a family without a threat to their job if they work in a religious-run institution,” said Sandra Irwin-Gowran, director of education policy with the Gay and Lesbian Equality Network.
Until last week, Section 37 of the Employment Equality Act exempted religious employers from the general ban on discrimination based on sexual behaviour, when the behaviour conflicted with the school’s religious “ethos.” It affected homosexuals, divorcees, co-habiters, etc.
The Iona Institute, a non-profit organization set up to defend the Catholic faith, believes that the exemption is supported by Section 44.2.1 of the Irish Constitution which states that “Freedom of conscience and the free profession and practice of religion are, subject to public order and morality, guaranteed to every citizen.”
In a brief to the government, the Institute noted that the exemption had been “upheld by the Supreme Court in Re the Employment Equality Bill 1996 on the grounds that it strikes a proper balance between the right of free profession and practice of religion on one hand and the right to equality before the law and the right to earn one’s livelihood on the other.”

Freedom smeedom. Once homosexual activists get the heavy hand of the law on their side, religious and other groups always suffer. “Equal rights” in this case simply means special rights for some, while the rights of the majority are stripped away.

And consider England, which has had legalised homosexual marriage since 2013. I have documented scores of cases of anti-Christian bigotry and persecution since this law went through, and another shocker has just been reported. As one media outlet says:

Police are investigating an allegation of hate crime against world heavyweight boxing champion Tyson Fury. Greater Manchester Police received a call earlier after comments made about homosexuality on the BBC’s Victoria Derbyshire programme. “We take every allegation of hate crime extremely seriously and we will be attending the victim’s address to take a statement,” a GMP spokeswoman said.

Yep, here we go again: simply voice in public an opinion that differs in the slightest from the reigning gaystapo orthodoxy, and you will be investigated for a “hate crime”. We find this Orwellian clampdown on freedoms all over the Western world. Simply pass some pro-homosexual law, and every other person in the land who dares to differ may be guilty of “hate speech”.

Welcome to the Brave New World of homosexual totalitarianism. While too many Christians have not defended this brother in Christ, we did have one brave non-believer stating the obvious. Once again, Brendan O’Neill cuts to the chase on this madness:

If you were in any doubt that Britain is skating perilously close to tyrannical territory, get this: the boxer Tyson Fury is being investigated by police over his comments on homosexuality. Fury, a Manchester-based boxer who became the heavyweight champion of the world at the end of last month, is a born-again Christian. He thinks homosexuality is sinful. In a recent newspaper interview he compared it to paedophilia. And now, after receiving a complaint from a member of the public at 10.30 this morning, Greater Manchester Police will put him under the spotlight to determine if his words constituted a hate crime.
To put this another way: in 2015, in a nation that claims to be liberal and democratic, a nation which just last week launched missiles attacks on ISIS to demonstrate its love for liberty against ISIS’s desire to traduce our enlightened values, a man is being investigated by the authorities over his beliefs; his convictions; his deeply held faith. The police are opening a file on Fury, not over any physical act he carried out, not for robbery or assault or affray, but because he thought and said something that many people disagree with.
British politicians wring their hands over Saudi Arabia’s arrest of blasphemous bloggers or ISIS’s severe punishment of those who doubt the Prophet. Yet at the same time they give the nod as police investigate a man who dares to hold to Biblical scripture on homosexuality. In fact, they wrote the very hate-speech laws that allow those judged to be overly Godly, too Biblically literal, to be investigated for ‘hate crimes’. Is this not religious persecution, too? The potential punishment of someone for believing in God in a particular way? Sure, Fury won’t be flogged or even jailed, but the principle is the same here as it is in Saudi Arabia: officialdom presumes it has the tyrannical authority to question and punish individuals for what is inside their minds and hearts.

Yep, this is the new nightmare of homosexual “tolerance” in action. This tolerance is all one-way traffic: you must tolerate, endorse, approve of and promote the homosexual agenda, or the heavy hand of the law will come crashing down on you. No dissent will be tolerated.

Yep, this is the utopia of homosexual fascism. And it gets worse every passing day. So next time you hear the activists telling you a new pro-homosexual law will not affect you, don’t believe a word of it. And the next time you hear politicians talking about “exemptions” for religious groups, head for the hills.

Freedom and democracy in the West are quickly dying out – all thanks to the pink tolerance brigade.

10 Replies to “Never Trust the Activists – Nor “Exemptions””