Until recently most folks would have been rather ashamed to be found guilty of committing gross double standards, horrific hypocrisy, and being swamped with logical contradictions. But regrettably many today not only do not mind all this, but even wear it as a badge of honour.

And there is no group more guilty of all this than the secular left. They regularly delight in utter hypocrisy and rampant double standards. But in an age where reason, logic and morality mean very little, they don’t seem to mind a bit being caught out time and time again with such duplicity and deception. 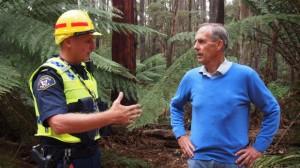 Examples of this are everywhere to be found. Let me just offer two very recent cases of this, both from Australia. The first one comes from Tasmania. As one news report states:

Former Greens leader and Senator Bob Brown has been arrested during a community protest over logging in northwest Tasmania, after he refused to leave the site. Mr Brown was protesting with activists about the Forestry Tasmania’s logging project at Lapoinya when he was asked by police to leave the site but refused.
He was taken to Burnie police station to be processed before he is released from police custody. Steve Chaffer from the Bob Brown Foundation told AAP that Mr Brown had gone up to support the community protest. He said the arrest is a reflection of new “draconian” laws in Tasmania which prevent protests at workplaces.

Um, and what would those draconian laws be Mr Brown? Oh yeah, exclusion laws – you know, the very ones you and the Greens fully supported when it comes to peaceful vigils outside of abortion clinics. You don’t want any of those crazed baby lovers anywhere near those death mills, and you find nothing draconian about such laws at all. But here, well….

Jim Collins, head of FamilyVoice Australia’s Tasmania branch was quick to get a media release out highlighting this gross hypocrisy. He writes:

Tasmanian Greens former leader Bob Brown has been arrested for protesting inside an exclusion zone around a northwest logging site. Everybody knows Bob Brown is passionate about our environment. But where was his objection in 2013 when all Tasmanian Greens MPs voted for a draconian law prohibiting any form of protest – even silent prayer – inside a 150 metre exclusion zone around abortion facilities?
Graham Preston is currently on trial in a Hobart court for standing peacefully near an abortion clinic, holding a sign saying: “Everyone has the right to life, Article 3 Universal Declaration of Human Rights.” The back said: “Every child has the right to life, Article 6 Convention on the Rights of the Child.” His second sign showed an unborn child eight weeks from conception.
Bob Brown’s protest was designed to save trees, and he faces a $10,000 fine. By contrast, Graham Preston wanted to peacefully save human lives. He faces a possible $11,550 fine and/or one year in jail. If Green activists want to protest about restrictions on their freedom to protest, removing our abortion clinic ‘no go areas’ should be on their protest priority list too!

Yes exactly, but do not expect any rational clarity and logical consistency anytime soon from the mad hatter Greens. They seem to prefer things to be as irrational, bizarre and contradictory as possible. The secular left are experts at all this, after all.

Things get no better in the Australian state of Victoria. The radical leftist Labor government there seems to be on a crusade to stamp out biblical Christianity. They have already told us that religious Christmas carols are verboten at Christmas, and now want to tell the churches just what is and is not sinful behaviour.

They want to ban all help for any homosexual who may want assistance in exiting the lifestyle. Nope, they must not be allowed to have any choice in the matter. Homosexuals must remain as they are, and any attempts to help them go otherwise will result in Big Brother Victoria throwing the book at you.

I wrote about this diabolical anti-Christian bigotry here: billmuehlenberg.com/2016/01/25/our-victorian-gaystapo/

But let me try to get this straight. If you happen to be a homosexual in Victoria who would like some help in getting out of the lifestyle, the government will deny you that right, and prosecute anyone who dares to offer such assistance. Right, got it.

They would enthusiastically promote, endorse and celebrate such “transitions” and would insist that all available help be given to them, all at the taxpayer’s expense of course. One can completely ignore reality and biology and simply proclaim you are not who you were born to be, and the secular lefties just love it.

‘Of course you can be any gender you want to be honey. How dare I or anyone else prevent you from choosing for yourself just what you want.’ But hey, when it comes to homosexuality, it is a completely different story: ‘Sorry bud, but once homosexual, always homosexual. You were born that way, it is immutable, and we will make it a crime to even suggest otherwise. Tough luck bud, you must remain as you are, because we say so.’

Hmm, gotta love the double standards of Andrews and the loony left. Biology is merely a figment of our imagination, and choice is the name of the game – indeed, a fundamental human right. But those who seek to leave one very PC lifestyle have no rights whatsoever, and any and all choices must be stripped away from them.

Never mind the many thousands of ex-homosexuals who have proven what a lot of baloney the “born that way” mantra is. I know many of these people. Real change is possible, and those who seek such change have every right to get any help required.

But not here in the People’s Republik of Viktoria. Fuhrer Andrews has decided that the right to choose will not be available to any homosexual who wants out, and they must remain as they are, because the State always knows best. Folks, in my books that is just about as fascist and totalitarian as you can get.

But with the gaystapo now running the show here, we can expect even worse hellishness to come. If you happen to be a Bible-believing Christian who lives in the police state of Victoria, you now have to decide if you are ready for prison ministry.

There will be no other options here: you will either remain true to Christ and His Word and become an enemy of the State, or you will renounce Christ and cozy up to the pink dictators. It is your choice. But I implore you to choose wisely my friend.

Welcome to the Brave New World of secular left hypocrisy.

9 Replies to “These Leftist Double Standards are Simply Mindboggling”