So a homosexual Muslim slaughters 50 other homosexuals, and it is all the fault of conservatives and Christians. Yes, of course – that makes perfect sense to me. How could it be otherwise? It is all THEIR fault. That is the message constantly being heard from the loony left and their sycophants in the lamestream media.

And that is also the message being pushed by the homosexual activists. Indeed, I have heard everyone blamed for the Orlando massacre except the guy who did it – the Muslim homosexual. I have heard Christians get the blame, and conservatives, and Republicans, and gun owners, and pro-lifers, to name but a few.

You name it, we are all responsible for the 100 casualties in Florida. But somehow Omar Mateen – the guy who actually did it – is not. One of the latest to get into the act of blaming everyone else is Tasmanian homosexual rights campaigner Rodney Croome. In a news item today we find him saying this:

This terrible event highlights the hatred and prejudice that lesbian, gay, bisexual and transgender people live with around the world. We all have a responsibility to challenge this hatred and prejudice wherever it exists, be it at home, at work, in the classroom, at church or in society more broadly. In particular, our leaders have a responsibility to do all they can to remove prejudice from the law and foster a society where hatred cannot take root. 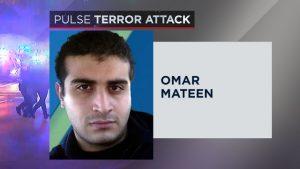 There you have it folks: prejudice – whatever exactly that means – in the churches and homes and schools is the cause of this shooting. Besides offering us a complete ethereal bogeyman which he leaves utterly undefined, how exactly would such prejudice be rooted out anyway?

If he means (and I am sure he does) that any Jew or Muslim or Christian who thinks that homosexuality is sinful is to blame, then what does he want from them? To have them all make mass public renunciations of their closely held religious convictions, deny their consciences, and jump on the homosexual bandwagon?

Is that what he is calling for? Or does he want every home checked out by the pink thought police to ensure no “prejudicial” thinking is taking place there? Will he ban all religious books found in homes that dare to differ from him on this issue. Will he censor all churches, all home Bible studies and all religious conferences in his fight against “prejudice”?

Will he demand that all politicians and public figures who happen to hold a different view on these matters be forced to resign, and/or be forced to go into re-education camps until they think correctly? Will he demand all work places fire anyone critical of the homosexual lifestyle?

That is not only the clear impression one gets from reading these folks, but of course much of this is already happening all over the West, as I have documented countless times now in my books and articles. Everywhere those who do not toe the homosexual line are losing their jobs, being fined and even jailed.

You know what? That sure sounds like prejudice to me. It sounds like animus, hatred, bigotry and bias against millions of people who dare to disagree with the homosexual activists and their never-ending agenda. That in my books is real prejudice.

That is how the secular left operates. It seeks to recreate reality as it deconstructs truth and erects wobbly edifices based on falsehoods, deception and moonbattery. But for those out there who still live in the real world and have not drunk the Koolaid of the radicals, there is still hope.

We can still keep speaking truth to them. And the truth here is rather obvious. Omar pulled the trigger – not me and not you. The lefties can seek to blame us all they like but I for one am not buying it for a moment. Time to get back down to planet earth here.

And time to get real about the real culprit here: Islam. For 1400 years Islam has insisted that the only good end to a homosexual is a dead end. As Mark Steyn handily summarises, “The arithmetic isn’t complicated: the more Islam, the fewer gays.” I document in detail the various Islamic commands to kill homosexuals here: https://billmuehlenberg.com/2016/06/15/homosexuality-islam-christianity/

So this is not an issue about gun control, or Christianity control, or conservatism control. This is about one thing: Islam control. Put the brakes on Islam and you will put the brakes on these now routine jihadi massacres. And start with a bit of honesty in reporting as well. As Michael Brown asks:

What if headlines read, “Gay man kills 49 gays and wounds 53 others”? Or, “Gay man involved in the worst mass murder in American history”? And how are Christians to be implicated in that scenario? The bottom line is that there is more than enough hatred in the world today, much of it leading to outright violence. We should therefore place the blame where it belongs rather than falsely accuse those who lovingly differ with homosexual practice.