Just as soon as I finished writing my first article on the big Brexit win, it has already become dated. The repercussions just keep pouring in. Since then Prime Minister David Cameron has resigned (to take effect in October), stock market volatility has been shaking things up, and other European countries are now talking about exit strategies.

And hot on the heels of the Tory leader announcing his resignation, former London mayor Boris Johnson held a press conference speaking of the momentous vote. He will now be a leading contender for the top job. And Scottish leader Nicola Sturgeon has just come out saying she will seek to keep Scotland in the EU! Lots of changes indeed! Who would have imagined all this just 24 hours ago?

The final vote, with over a 72% turnout, was 48.1% wishing to stay in the EU, and 51.9% voting to leave. All up some 17 1/2 million people said it is time to go, while just over 16 million wanted to stay. This was a historic vote and one that surprised most pollsters and pundits. 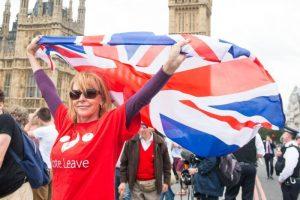 But even plenty of Labour voters pushed for the leave case. The Brits were rightly getting very concerned indeed about the influx of foreigners, many of whom have refused to blend in but insist on their own way of life – often a way of life diametrically opposed to freedom and democracy.

And they can see all the madness unfolding in various European nations. How many Islamic jihad attacks have they witnessed of late? How much multi culti division and disintegration have they observed? How much national decline and European Big Brotherism have they noted?

Let me mention here that in April I posted a short video clip from a Toronto debate on the immigration crisis which pitted Nigel Farage and Mark Steyn against Louise Arbour and Simon Schama. At one point Steyn gave a powerful response to the idiocy of the pro-immigration side, pointing out that things like gang-rape by migrants in Europe are no laughing matter. The short clip is well worth watching: www.youtube.com/watch?v=AoVqst74BcI

But as mentioned, hardly anyone expected this result. Even the Leave Vote camp had cancelled its party the night of the vote, expecting to lose. Nigel Farage and others in the leave camp were equally dour at first. But they of course all have good reason to party on now!

All sorts of political heavyweights have had to come out and make statements just after the result was made clear, including the governor of the Bank of England, unhappy leaders from the EU, Labour leader Corbyn, Europhiles like Tony Blair, the new Muslim mayor of London, Donald Trump who had just arrived in Scotland, and so on.

This has been a remarkable outcome. The 28 nations of the EU are now down to 27. After being in for 43 years, the UK is no longer a part of it, although the transition to get fully out will require a few years. The changes will be complex and will take time, but the die is cast.

A big lesson in all this is that people power still can work – big time. Obviously a huge amount of effort went into the Brexit campaign and its big win. For example, Farage of UKIP was tireless in this work for decades. Indeed, he was involved for 25 years in fighting this!

He is perhaps the real champion here and we need more heroes like him. But there were others of course. Boris Johnson certainly worked hard to get the UK out of the EU, as did conservative politicians such as Daniel Hannan. This all demonstrates that a lot of hard work can certainly pay off.

And I know that a lot of Christians were involved in this campaign as well. It shows clearly that a lot of prayer can help to change nations. And things sure can change in no time at all. Within hours of the Brexit win the Prime Minister David Cameron announced that he would resign.

Cameron was the ‘conservative’ leader who was often far from conservative. For example he gave the UK homosexual “marriage”. He even boasted of bringing this in during his resignation speech! From a biblical point of view, when leaders promote unrighteousness, as Scripture says, God will be forced to step in and act.

God raises up leaders and he takes them down. One minute a leader thinks he is secure on the throne – the next minute he is a goner. Things change, and can change fast. And that gives me hope for what I see happening in Australia and America.

Both nations go to the polls soon. Both offer a dismal set of choices for the top job. But people power still can work. We need to keep praying for the US and Australia. Hardly anyone expected this massive political earthquake to occur in the UK and beyond.

Quite right, and there are plenty of other nations who do need their own independence day. Already other nations have been emboldened to follow suit. Geert Wilders, leader of the anti-EU Dutch Party of Freedom has already congratulated the UK and said he hopes his nation will do the same:

Thursday, June 23, 2016, will go down in history as Britain’s Independence Day. The Europhile elite has been defeated. Britain points Europe the way to the future and to liberation. It is time for a new start, relying on our own strength and sovereignty. Also in the Netherlands.
A recent survey (EenVandaag, Dutch television) shows that a majority of the Dutch want a referendum on EU membership. It also shows that more Dutch are in favour of exit than of remaining in the EU. The Dutch people deserve a referendum as well. The Party for Freedom consequently demands a referendum on NExit, a Dutch EU exit. As quickly as possible the Dutch need to get the opportunity to have their say about Dutch membership of the European Union.

Freedom is contagious. What Brexit has done is encourage and empower millions of people throughout the West to also take a stand for local control, for national sovereignty, and for the rule of the people – not foreign elites. Well done UK.

The revolution has begun.

19 Replies to “Brexit: The Fallout”