The more creeping sharia takes place in the West, the more Western leaders and elites seem to be in denial about it all. It is as if massive dark fog has fallen over the media, our political leaders, and the intelligentsia. But it is not some external illness or virus, but internal, wilful denial of reality. 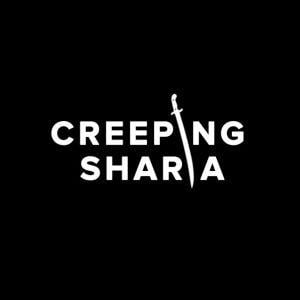 These folks have decided ahead of time, against all the evidence, that the political ideology known as Islam really is the “religion of peace”. That is the leftist narrative and no amount of evidence to the contrary will ever change their minds.

They refuse to face the facts, and the facts are these: Islam is an archaic, murderous, blood-thirsty death cult. It has been so from day one, and it has been responsible for millions of deaths over its 1400-year history. Every day that we open our newspapers or turn on our televisions we find more compelling proof of this fact.

Whether it is suicide bombers targeting innocent men, women and children in busy markets and streets, or creeping sharia taking place all over the West, the result is the same: Islam keeps advancing while the West and its freedoms keep retreating.

Let me offer yet more examples of both bloody jihad as well as stealth jihad. Consider first three examples from the Australian state of Victoria. These three cases alone should frighten all of us. I simply offer the headline, the date, the opening paragraphs, plus a brief comment on each:

-Extremist dad killed mum in front of kids
March 23, 2017
An aspiring Islamic State fighter and father is accused of slaughtering his wife in front of their three children, gouging out her eye and flushing it down the toilet. The Melbourne man, who cannot be named for legal reasons, took his young children with him in the car to dump their mother’s mutilated body in grassland.
He then took them to a bakery to eat pastries. At the accused killer’s committal hearing on Thursday, a magistrates’ court heard the children are now in the care of child protection services and are highly disturbed.
A Department of Health and Human Services officer gave evidence that when one of the children was given a doll to play with in a sandpit at school and noticed it was missing a limb, he commented “that’s what had happened to his mother”.
Police documents tendered to the court allege the extremist father regularly abused his wife and children, and had a keen interest in fighting for the so-called Islamic State in Syria. The documents say the wife objected to her husband’s jihadist sympathies and that conflict over this may have led to her death. The body of the mother, aged in her 20s, was found by a jogger in Melbourne’s north last year.

Hmmm, the religion of peace again.

-Muslim man, 34, pleads guilty to marrying a girl, 14, at a Melbourne mosque – in ceremony ‘performed by prominent imam‘
April 18, 2017
A Melbourne man has pleaded guilty to entering a marriage with a 14-year-old bride. Mohammad Shakir, 34, is charged with going through a formal ceremony of marriage with a person not of marriageable age at Noble Park last September.
As part of the plea, two charges were withdrawn by prosecutors in the Melbourne Magistrates’ Court on Tuesday, including allegations Shakir had sex with the girl between September 30 and October 1, 2016, following their wedding. The girl is in a ‘fragile state’ and has ‘ongoing health issues’, prosecutor Ranjani Padmanabhan told Melbourne Magistrates Court in February.

Nothing amiss here given that Muhammad, the perfect example for all Muslims to follow, married one of his many wives, Aisha, at age six and consummated that marriage when she was just nine.

-Taxpayers to fund ‘open days’ at 13 mosques to help ‘break down misconceptions of Islam’ in Australia
April 18, 2017
Mosques across Victoria will open their doors to non-Muslims on May 7 to ‘breakdown misconceptions about Islam’ by offering tours and discussions of Islam. The Victorian Government has given the peak Muslim body $16,500 to fund the event….
The Islamic Council of Victoria told Daily Mail Australia on Tuesday it received an extra $16,500 from the State Government for the open day. But the peak Muslim body received more than $95,000 in taxpayer grants in 2016-2017, an $80,000 ‘community harmony’ payout and $10,000 for a Muslim arts festival, the Herald Sun reports.
The Andrews Labor Government has long supported the Islamic community in Victoria.
The Government promised almost $1 million in 2015 to ‘support a better understanding of Islamic culture’. The government approved a $450,000 grant to the Islamic Museum of Australia in 2015, to help ‘educate the community about Islam’.
The funding was to be paid across three years, in addition to earlier capital funding of $500,000. Victorian Premier Daniel Andrews said Islamic bodies like the ICV fostered ‘interfaith and intercultural dialogue’.
‘On behalf of the Victorian Government I congratulate the Islamic Council of Victoria on its many achievements during the past year and offer my best wishes for the future,’ Mr Andrews said in 2015 when it handed out funding.
ICV president Mohamed Mohideen praised Premier Daniel Andrews this year for his ‘wonderful’ leadership. The Mosque Open Day received no funding from the federal government.

OK, so will Dan Andrews also be using tax-payer funding to get Victorians to visit Christian churches here? If not, why not?

And consider two recent overseas examples. The first one is an absolute shocker, but sadly, not surprising:

-1,500 acid attacks have been recorded in London since 2011
March 12, 2017
Acid attacks in Britain’s capital are soaring to new heights, new data reveals. A Freedom of Information request submitted by the Mirror shows that between 2011 and 2016, London had nearly 1,500 cases of the devastating crime, which burns the skin and leaves victims cowering from their injuries.
In the long term, the scale of the injuries are so scarring that victims can often suffer serious psychological damage as a result of the attacks. Last year alone, there were 431 such acid attacks – a rise of 170 cases from the year prior.
The figures match a general UK trend, in which the crime rate for such attacks has risen by 50% since 2005. Globally, roughly 80% of victims tend to women. Attacks are often carried out by vengeful men who have had their marriage proposals or sexual advances rebuffed.

I realise those English Anglicans can be an ornery bunch, but this is really getting out of hand. And the Baptists in Britain might need to ease up a bit as well. Or am I missing something here?

-California shooting: Three dead as gunman opens fire in downtown Fresno
April 19, 2017
Three people are dead after a gunman opened fire in downtown Fresno, California. Ashlee Wolf of Catholic Charities social service agency told the Fresno Bee newspaper the shooting happened at a bus stop near the charity.
Wolf said the charity doesn’t believe the shooter was tied to Catholic Charities. She said the organisation is working with police to provide information. Fresno Police Chief Jerry Dyer said Kori Ali Muhammad, 39, was arrested shortly afterwards.
He said the suspect, an African-American, told police he hates white people and shouted “God is great” in Arabic before the killings. All three victims in the killings were white. A fourth person was injured in the rampage.
The shootings took place at four different locations in the downtown area of the city, were unprovoked and up to 16 rounds were fired during the hour-long rampage, authorities said. “Too early to say whether or not this involves terrorism,” Dyer was quoted as saying.

Oh good grief. Here we go again: A Muslim named Muhammad shouting Allahu Akbar kills a number of Christians in the West, and the authorities are still trying to figure out what the motive might be, and if this is an act of Islamic terrorism, let alone a hate crime! Puh-leeese. And it is the same with the clueless lamestream media.

This my friends is why Islam is winning and the West is losing. When you have a foe which has clearly stated its intent to kill you and enslave you, the first and best response is to take seriously what they have said. Pretending they are a benign and peaceful bunch only hastens and ensures our own destruction.

14 Replies to “Sharia Creep Ever On the Rise”