Hot on the heels of the ABC’s attack piece on evangelical Christians, we have yet more cases of anti-Christian bigotry. They also come from the loony left, and are just the latest of many relentless attacks on Christianity. The newest cases come from Queensland and NSW, so let me speak to each.

The case from Queensland is causing a lot of concern. As is often the case, there may be more to the story than what a newspaper article is letting on, but for the time being we will accept this report as being basically accurate. In days to come we will likely hear more on this. 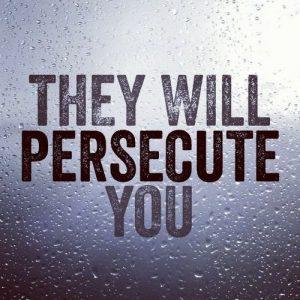 But today’s Australian has this alarming article, which begins this way:

Talking about Jesus, exchanging Christmas cards and encouraging Christianity have been targeted under an unofficial policy from education bureaucrats that takes aim at junior evangelists in Queensland primary school yards. Queensland education officials have moved to ban references to Jesus in the primary school yard, with an unofficial policy that takes aim at junior evangelists.
Christian groups and free-speech advocates have expressed alarm at the recent edict from the Queensland Department of Education and Training contained within its latest review into religious instruction materials and warning that principals were expected to take action against students caught evangelising to their peers.
“While not explicitly prohibited by the (legislation), nor referenced in the Religious Instruction (RI) policy, the department expects schools to take appropriate action if aware that students participating in RI are evangelising to students who do not,” says the department’s report into the GodSpace religious instruction materials, released earlier this year.
“This could adversely affect the school’s ability to provide a safe, supportive and inclusive environment.”
Departmental policy defines “evangelising” as “preaching or advocating a cause or religion with the object of making converts to Christianity”.
Examples of evangelising cited in the review, as well as two earlier reviews into religious instruction providers, include sharing Christmas cards that refer to Jesus’s birth, creating Christmas tree decorations to give away and making beaded bracelets to give to friends “as a way of sharing the good news about Jesus”.
The clampdown comes despite each of the reviews into the religion lessons aimed at four to 12-year-olds finding no “major inconsistencies” with state legislation or departmental policies, procedures or frameworks.
The reviews were announced last June by Education Minister Kate Jones in response to concerns some instructors had exposed children to inappropriate concepts. The department has promised greater oversight of the programs, which are not compulsory and require parents to provide consent.

And plenty of folks have been alarmed by this proposed clampdown:

The Australian understands that several Christian education providers have raised concerns over the clampdown with both the department and Ms Jones, and sought to have the issue clarified. They believe there is no justification for stopping students who talk about Jesus or religion in the school yard.
Neil Foster, who teaches religion and law at Newcastle University, described the development as “deeply concerning” and “possibly illegal”. “The fact is, there are administrative guidelines that go beyond what the law requires,” Associate Professor Foster said. “It’s really overreaching as far as bureaucratic orders go.”
Centre for Independent Studies senior research fellow Peter Kurti described the department’s moves as “a massive assault on freedom of speech and freedom of religion” that could have unintended consequences. “I don’t think people are on the whole affronted by the handing out of Christmas cards,” he said. “And I don’t think that children have the maturity to comprehend let alone evangelise.”

This is as bad as the crackdown on Christmas carols and the like in Victoria under another Labor premier. I wrote about that shocker here: billmuehlenberg.com/2015/11/27/victoria-anti-god-and-anti-life/

My second story comes from NSW where a pastor is being pilloried and his case taken to the education department for daring to have spoken out about Islam. As one news report puts it:

A Baptist pastor who claimed Islam is ‘a cancer that will destroy society’ during a recorded sermon has come under fire. Footage of Keith Piper, pastor for Liberty Baptist Church in north-west of Sydney, has been submitted to the education department after it was revealed the church provides scripture to government schools.
Liberty Baptist Church provides scripture lessons for special religion education (SRE) – an optional 30-minute weekly class offered to students by government schools when a teacher is available.
In the 40-minute video, which was recorded in April 2016 and uploaded to YouTube, Mr Piper repeatedly condemned Islam and the Koran. ‘Islamism is a cancer. We must destroy the cancer or the cancer will destroy our society and our freedoms and everything we hold dear,’ he tells the crowd….
Darrin Morgan, the NSW director of Fairness in Religion in Schools, brought Mr Piper’s comments to the attention of the education department, claiming Liberty Baptist Church’s approval as an SRE provider goes against the department’s policies.
‘We are concerned that the current provisions for SRE … greatly increase this risk by enabling organisations such as Liberty Baptist Church to authorise their own curricula over which your office has no control or authority,’ Mr Morgan wrote to Education Minister Rob Stokes, according to The Guardian.

Another write-up about this add this information:

Pastor of Liberty Baptist Church in Cherrybrook, Keith Piper, says he was asked to stop teaching religion classes at Macarthur Girls High School in Sydney’s west in 2005 after a Muslim student complained about his comments on the Quran.
The pastor and his church have been referred to the NSW Department of Education by Fairness in Religion in Schools, with the anti-scripture group calling for a review into the approval process for the teaching of religion in government schools.
The group wrote a letter to the department after it became aware of YouTube videos posted by Mr Piper in which he refers to Islam as “a cancer” and says “Islam is culturally incompatible with Western Christian values and peace”.
Mr Piper has not taught religion in schools for more than 10 years, however Liberty Baptist Church is listed in the Department’s ‘Special religious education providers’ and members of his congregation, including his wife, continue to teach in schools. Mr Piper told SBS World News members of his congregation “totally adhere” to appropriate curriculum and “don’t talk about Islam”.

I spoke to Keith Piper just recently about this and he told me he has been quite puzzled by it all. He told me that some folks are simply trying to find something to discredit him and to attack him, all because he is a Christian pastor and because he dares to speak about things we are not supposed to discuss – things like Islamic violence and terrorism.

He repeated the simple fact that he has not taught religion in schools for a dozen years now, so this story is just a beat-up. He made it clear to me that he does not hate Muslims, but he does care greatly about the Koran and what it teaches. He said he simply wants to educate and alert all Australians as to what is really found there, including all the violent bits.

So here we have just some of the more recent cases of leftist politicians and bureaucrats putting the pressure on Christians. There have been many more, and there will be many more. And the problem is, taken by themselves it may not seem like much.

But it is the cumulative effect we should care about. The incremental approach is much more subtle, and people can be caught off guard. But each of these cases taken together becomes a real threat to religious freedom and the ability of Christians to share their faith in the public arena.

While the enemies of Christianity keep seeking to strip-mine this nation of all its spiritual heritage and benefits, others have sought to remind us of the invaluable role Christianity has played in this nation. As Kevin Donnelly put it several days ago:

While secular critics are happy to undermine Christianity, especially Catholicism, what is ignored is Judeo-Christianity is central to Australia’s cultural, economic, moral and spiritual wellbeing and one of the foundation stones of Western civilisation….
It’s also important to recognise the benefits of Christianity to Australia’s economic and social wellbeing. Catholic and other faith-based schools teach 34 per cent of Australian students, saving Commonwealth, state and territory governments the billions of dollars needed if those students enrolled in government schools.
Christian schools, compared to most government schools, achieve stronger Year 12 results and are better at addressing bullying caused by racism, and parents see such schools as having more disciplined classrooms. Christian-inspired or managed hospitals, philanthropic organisations and charities such as the Salvation Army, Catholic Health Australia, the Brotherhood of St Laurence and World Vision Australia are also integral part of Australia’s health and welfare system.
Instead of presenting a negative and one-sided picture, secular critics such as the ABC and the Fairfax Press should acknowledge the benefits of Christianity and its central place in the life of the nation.

8 Replies to “The Ongoing War on Christianity in Australia”