In my line of work I deal daily with those who are totally opposed to all that I value, cherish and believe in. So members of the secular left of course are my regular sparring partners. That is to be expected. But what is really worrying is when folks claiming to be Christians come pushing the same anti-biblical agendas as the secular left does.

That really does my head in – and it grieves me greatly. I get it that someone opposed to God and his standards trots out radical, anti-God, anti-family and anti-faith agenda items. But it is utterly bizarre when leftist Christians end up doing exactly the same thing.

I have interacted with heaps of these folks over the years, and it is clear that I will have to continue to do so as long as I am in this business of proclaiming biblical truth in the public arena. Let me offer just a few recent examples of this, and then round things off by quoting from a terrific new article. 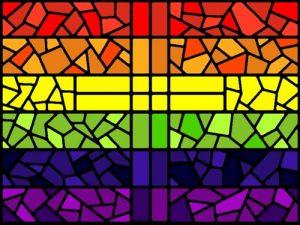 One case that just came my way today involves a friend who used to work at a major evangelical theological college in Australia. It seems many of his colleagues have being going off the deep end theologically speaking. Indeed, I know all about this place – I used to lecture there – so I know it has been going downhill for quite some time now.

In many ways it is now just a hothouse for leftwing activism and ideology. It is no surprise therefore that many of those still there have hopped on board the homosexual marriage bandwagon. My friend shared this guy’s justification for supporting fake marriage.

He claims he is not a theological liberal, but is just being faithful to the Bible! He claimed he gets his inspiration from the “sermons of Wesley” and that he considers himself an “orthodox Christian in the Wesleyan tradition.” Is he serious? He actually is claiming Wesley for his attack on marriage, the Bible and 2000 years of Christian tradition?

This guy went on to speak of “the sacramental quality of the love expressed between same-sex attracted believers”! What! You mean sodomy is now a sacrament? The very thing God has repeatedly called an abomination and a clear sign of being abandoned by God is now a sacrament? Is this guy for real? Clearly his biblical orthodoxy is not real.

Related to all this, on a post of mine elsewhere one fellow commented by quoting Genesis 19:4-5: “Before they had gone to bed, all the men from every part of the city of Sodom—both young and old—surrounded the house. They called to Lot, ‘Where are the men who came to you tonight? Bring them out to us so that we can have sex with them’.”

Another friend of mine replied to this with his own comment: “The first recorded gay pride rally in history.” Yes, exactly right. God destroyed five cities on the plain for this terrible sin of sodomy, yet today we have clueless and deceived “Christians” telling us it is all peachy, and God is just thrilled with sodomite marriage.

Yikes, I would not want to be in their shoes when they one day stand before their Creator and Judge. Speaking of all this, one of my favourite American writers has recently penned a fantastic piece on all this, and he is worth quoting from at length.

This is part of what Douglas Wilson says in his piece, “Two Dudes on a Wedding Cake”:

The world of homosexual practice is as hostile to the Scriptures as the Scriptures are to them. Everybody with sense knows where everybody stands. The reason for all the exegetical ingenuity is that it is a tactical move, designed to soften Christian opposition to the sexual revolution. The sexual revolutionaries don’t give a rip about the exegesis, but there are many advantages to be found in saying to the new Eve, to the Christian church, something like “did God really say?” They are not so much trying to justify their own rebellion as they are trying to entice low-wattage Christians to join them in that rebellion by means of a slow drift. Being low-wattage, they won’t of course understand what has happened until after sulfurous hailstones start to fall out of the sky. “But I fear, lest by any means, as the serpent beguiled Eve through his subtilty, so your minds should be corrupted from the simplicity that is in Christ” (2 Cor. 11:3)….

The sexual consummation of a marriage is private—not because it is something to be ashamed of, but rather because it belongs to the couple alone. But the fact of that sexual relationship is public, which is why people are invited to weddings. And when we look at any given bride and groom in the front of the church, we are looking upon the image of God. Moreover, given the fact that our world has fallen into sin and is in desperate need of redemption, we also see in every wedding the restoration of the image of God in and through Christ and the church.
So to put two men there, or two women, is to deface God’s creational intent and, on top of that, it is to deface His gospel that is in the process of restoring our wreckage of that original creational intent. In short, the glorification of homosexual unions is an attempt to murder God, burn His image in effigy, and overthrow His gospel. It is no trivial thing.

The world’s attempt to cover up this reality—hatred of God conveyed through hatred of His image—has been two-fold. On the question of the public image, their response has been unrelenting propaganda—coupled with severe discipline for anyone who challenges the authority of that propaganda. This is where all the court cases for evangelical bakers, florists, and wedding photographers are coming from. They are in the process of outlawing our refusal to glorify that which must never be glorified.
Their second response—and I am sorry to have to bring this up—is to normalize, as far as possible, homosexual practices in heterosexual relationships. They have not been entirely successful in this, but they have been far more successful than I would like.

“For this cause God gave them up unto vile affections: for even their women did change the natural use into that which is against nature: And likewise also the men, leaving the natural use of the woman, burned in their lust one toward another; men with men working that which is unseemly, and receiving in themselves that recompence of their error which was meet” (Rom. 1:26–27).
We are told in Genesis that male and female together constitute the image of God. We are taught here in Romans that abandonment of the woman by the man is unnatural, and that abandonment of the man by the woman is unnatural. It follows from this that natural sex is theologically rich. In Paul’s sense here, nature is a good theologian. The converse is also true—homosexual sex is theological distortion because it mars the image of God. It should therefore not be surprising that abandonment of the natural use of the woman is a straight road into theological impoverishment—which is what every form of idolatry is.

Woe to you false teachers and shepherds.

20 Replies to “The Christian Left’s War on Marriage, Scripture and Reason”