Militant trans activism is so bizarre, so idiotic, and so completely illusory that it must eventually collapse under its own weight. It seeks to defy everything, including biology, DNA, truth and reality itself. Eventually such lunacy and delusion must self-destruct – either that or it is the end of civilisation as we know it.

And we can help this moonbeam movement to implode by playing its own game and using it against them. If they want to revel in irrationality, fantasy and moral and mental myopia, let’s just take what they offer and take it to its logical conclusion.

Here I want to offer a superb example of this, but let me first speak a bit more to the notion of something collapsing under its own weight. This can apply to various things, such as stars imploding and the like. But it can refer to other situations. 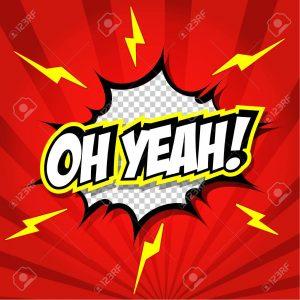 Consider the self-destruction of the Soviet Union and godless communism. The system was so bogus and so brutal, and so filled with internal contradictions, that eventually it had to implode. Sooner or later it had to collapse. And that it did in spectacular fashion.

Sure, having champions like Reagan and Thatcher on the scene at the time, and placing Cruise missiles in Western Europe, certainly helped in the downfall of that evil empire, but it was simply not sustainable. It could not last. It eventually had to collapse in a heap.

This is because socialism never works in the long run. The lies of Marxism had to finally bow to truth. And totalitarianism always runs up against our inherent love of freedom. So this system eventually collapsed, and the world is a better place because of it.

That should give us all hope, knowing that monstrous evil is not irreversible. Things can turn around. And madness and lunacy on a public, social, political and cultural level can also be turned around. So let me return to the loony trans agenda and how it was stopped dead in its tracks in at least one American state.

I recently read of this example of how this madness was shut down big time by this method of taking the trans madness to its logical and ugly conclusion. If it weren’t all so serious, it would be utterly hilarious. I still smile every time I read this. It is a winner, and it may be the start of a much-needed fightback, and a much-needed return to sanity and reality.

The story is so encouraging and so terrific that I must share nearly all of the article covering it. It thoroughly warms my non-PC heart each time I read it. Here it is:

Legislation to add a “Gender X” option to driver’s license should have been a straightforward task in the far-left state of Massachusetts, but one Republican lawmaker managed to derail the bill by taking transgender ideology to its furthest extreme.

The state Senate voted in June to approve the measure, which would have also extended the option to learner’s permits and state identification cards. No documentation would have been required to prove an applicant is neither male nor female. “It’s a milestone,” bill sponsor Sen. Karen Spilka, a Democrat, said at the time.

Despite the state House of Representatives being just as heavily Democratic as the Senate, however, it never got the chance to send the bill to liberal Republican Gov. Charlie Baker’s desk. In a column for the Boston Globe, New England radio host Howie Carr details how Republican Rep. Jim Lyons adopted a unique strategy for defeating the bill: forcing it to live up to its supporters’ own logic.

“Since all Democrats must admit that the number of genders is endless, how dare the commonwealth lump all the new genders together as ‘Gender X’?” Carr writes, summarizing Lyons’ facetious reasoning. “Every gender, he declared, must be listed on Massachusetts driver’s licenses! That was Lyons’ non-negotiable demand. No justice, no peace.” Lyons told Carr he settled on demanding recognition for 73 different “genders,” as that was the number he reached by tallying the number of custom gender options Facebook offers.

Knowing that his liberal colleagues couldn’t rule any of the genders out of order without undermining the logic of transgender ideology, Lyons introduced each as a separate amendment to the bill the evening of July 31, each requiring 10 minutes of debate and three minutes to vote on.

Six hours in, Lyons had only filed 35 of the amendments, at which point House leadership realized he was running out the clock and there wasn’t enough time before the midnight deadline to pass both the bill and the other legislation on the docket. At 10:45 p.m., they withdrew the bill.

“By now, the few remaining sane Democrats in the Legislature realized that Lyons had done them a solid, sparing them from being recorded on a roll call vote on whether to recognize the genders of pangender, polygender and cisgender,” Carr wrote, “not to mention intersex, intersex man, intersex woman and intersex person.”

“One way or another, progressivism is always a death sentence. So we may as well turn it around and use it on its perpetrators whenever we get the chance,” Conservative Review’s Steve Deace said of the incident. “That doesn’t mean becoming like them, but understanding their con and endlessly harassing them with its real-world applications.”

Deace added, “We need legions more like” Lyons, following his example to make progressives “face the full foolish force of the filth they shove down our throats with barely any resistance (if not a subsidy). Lyons called their bluff, and they called it a day.”

Wow, way to go Jim Lyons – you are a legend! Three million cheers to this brilliant politician for dismantling the trans nonsense so effectively and so forcefully – and so humorously. Ya just gotta love it. And hopefully we will see much more of the same.