Last night I offered 1500 words on the Victorian election result, presenting both political and spiritual commentary. Things were very grim indeed last night, and today things look just as bleak. While the numbers may not be quite as horrific as forecast, they are still tragic – at least if you are a Bible-believing Christian or a conservative.

My article from yesterday can be found here: billmuehlenberg.com/2018/11/24/four-more-years-of-hard-left-rule-why-do-the-wicked-prosper/

Despite still serving my latest Facebook 30-day gulag sentence, that article has managed to have been shared over 500 times there. Had I not yet again been sin-binned, and was free to post that on FB far and wide, it likely would have had several thousand shares at least by now. 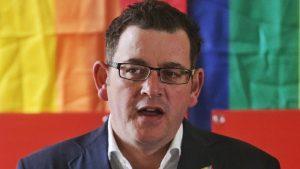 Many thanks to those who did share that article on FB – and hopefully this one as well. I guess many people found my first piece to be of some use, or of some comfort. Indeed, I know that many people, like myself, are in rather deep pain because of this election outcome, and a number have already told me that what I wrote pretty well expressed their own thoughts and feelings on this.

So let me add a bit more to what I said last night. The dust is still settling, the numbers are still being finalised, and recriminations and infighting are already erupting within the ranks of the losing parties. Let me again look at some political issues and then offer some biblical/theological observations.

The Liberals and Nationals look to be in a real bad way at the moment. Consider just a few historical truths. From 1955 to 1982 the Liberals ruled the roost in Victoria. They reigned supreme. However, since 1982, the Liberals have been in power for only 11 of the past 26 years – which will be 30 years by the time the next election happens.

Thus Labor is, and will be, reigning for a full two thirds of this period in Victoria. Many of the safe Liberal seats in Melbourne’s east have fallen, and this of course will have real implications for the federal election to be held next May. It is now quite likely that Shorten and Labor will win then, taking us further down the tubes.

If you thought his attacks on Christianity, on free speech, and on children, along with his promotion of every nasty leftist agenda item was bad for the past few years, you ain’t seen nothing yet. Of course some of us sought to warn Victorians about all this, but evidently our warnings fell on deaf ears.

Most Victorians it seems – including most Christians – simply do not give a rip. As I said yesterday, Francis Schaeffer’s chilling words of warning are being played out before us. He warned about how most folks will happily settle for “personal peace and affluence” and not give a hoot about anything else.

As long as they can be left alone to be amused and entertained, and have enough money to get more and bigger TVs, buy nicer homes, and take more spiffy overseas vacations, they really could not care less about the moral, spiritual and cultural swamp we find ourselves in.

As to the actual numbers, the counting is still continuing. The dire figures I offered last night may be ever so slightly revised, with Labor perhaps not taking quite as many seats as many thought they would. At the moment, the Lower House numbers may end up like this:

Those numbers are a smidge less doleful than the ones presented last night, but they still are terrible. As for the Upper House, it seems that the slim majority the Libs and Nats held there is now gone.

-Bernie Finn, the stalwart pro-life Upper House member from the western suburbs retained his seat. Well done Bernie for hanging on to your seat for a dozen years now.

-The Greens did not add more seats, but lost a few. Indeed, as many as four of the five Upper House Greens may have lost their seats. Good riddance.

And some more bad news:

-Rachel Carling-Jenkins, the champion pro-life, pro-family and pro-faith Upper House member has lost her seat. She was one of the best politicians we have had, and she will be sorely missed.

-As mentioned, a number of Melbourne eastern suburb seats were lost to Labor. That bodes poorly for the upcoming Federal election. It is now time to consider moving some place where our values are still being upheld: perhaps Hungary or Poland!

More important than the political fallout is the spiritual fallout of all this. If Victoria is the most hard-core leftwing state in the nation, one also has to argue that it may well be one of the most anti-Christian states as well. Are there plenty of churches in Victoria, including a number of mega-churches?

You betcha. Did they do much of anything to stand up for righteousness and act as salt and light over the past few months? It seems that ‘no’ is the primary answer. A handful of courageous and principled pastors and church leaders would have spoken out and warned their people about how serious this election was, but the overwhelming majority said and did nothing.

Shame on them. They have blood on their hands, as Ezekiel very clearly tells us (see Ez. 3 and 33). They should have been our watchmen on the wall, warning the people. Yet most remained in cowardly silence and were derelict in their duty to be salt and light. God will not forget their abdication of responsibility.

I said yesterday that we need to look at the long term. This is a horrendous outcome, but it will not last. If the Lord should tarry, one day Andrews will be long gone, more liberal governments will be put into office, and the ebbs and flows of the political cycle will continue.

But as I keep saying, politics cannot save us, and while elections and the like are important, they are not everything. God continues to work out his plans and purposes, and he will continue to be with his people. Times like this are just another opportunity for much needed sifting to occur; separating the sheep from the goats.

As always, we must stay on our knees and seek God even more. We must pray much more as well. Prayer and spiritual warfare are needed now more than ever in these exceedingly dark days. Satan is running around unopposed it seems, while most churches are absolutely asleep and apathetic.

Thankfully this will not always be the case, and one day our Lord will return and set things aright. But in the meantime, massive damage is taking place. Many will suffer even more under this radical secular left government, and children will especially be abused and abandoned as even more radical sexualisation programs are unleashed in our schools.

This sexualisation and radical abuse of our children is one of the things that most bothers me about this election result. And we know full well that God feels the same way. Jesus made this perfectly clear when he said that those who harm one of these little ones will be in big trouble – being thrown into the sea with millstones around their necks will not be sufficient.

So quite literally, there WILL be hell to pay for these child abusers. But until payday happens, how many millions of innocent children must be assaulted and ruined for life by these satanic programs and diabolical agenda items? And the only ones who are just as responsible for this besides these activist politicians are all the voters who just did not give a crap about this. They too will one day stand before their Creator and Judge and give an account of their damnable apathy and indifference.

As Paul said in 2 Thessalonians 3:13: “And as for you, brothers, never tire of doing what is right.”

49 Replies to “More on the Victorian Election Disaster”