The recent Victorian election has resulted in the most hardcore left-wing government in Australia being re-elected. Indeed, Premier Dan Andrews boasts about how leftist it is “We are the most progressive state in the nation.” And with majorities in both houses, that means there is now really nothing to stop him and Labor from further implementing their diabolical secular left agenda.

And most of these radical agenda items have a direct – and negative – bearing on our children. The wretched “Safe Schools” programs and the like is just one example. They will now go ahead much further and much faster. I have said all along that these dangerous programs will not be confined to state high schools. Primary schools will now also be targeted, along with Catholic, independent and Christian schools. 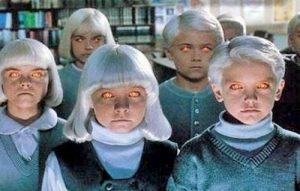 Those who want to protect their children from radical sexualisation, including all things homosexual and transgender, will increasingly find fewer and fewer alternatives available to them. There will soon be nowhere safe for the concerned parent to send their children.

Even home schooling – which is becoming a big option for many – will be targeted by our hard-left governments. Indeed, already it is being heavily monitored and regulated, and one wonders how much longer it will be a viable and safe option.

And it is now very likely that a Bill Shorten Labor government will win the federal election in May, further promoting and solidifying all the ungodly and immoral leftist agendas. So between the states controlled by radical Labor-Greens ideology, and the federal government, we soon will have the entire nation under their militant and coercive hegemony.

So what are parents to do? Nothing of course – that is, if parents do not mind the militant takeover of education. If they do not give a rip about the homosexual and transgender brainwashing going on in our schools, the promotion of identity politics, the dumbing down of educational standards, and the radicalisation of students by leftist teachers and education unions. Then they need not do anything.

But those parents who want their children to actually learn how to think – and not just be force fed what to think – and who seek to have them adhere to Judeo-Christian values and beliefs are quickly running out of options – certainly in the public school system.

As I mentioned, home schooling is one option for now, along with private schools. But as I also mentioned, these too will not be exempt from the radical social engineering plans of Dan Andrews, Bill Shorten and others. However, for now, the real culprit is public education.

What to do? Many are saying that we have only one option here: Get your kids out now! Indeed, that is basically the title of one very important new book making the rounds in America. Mary Rice Hasson and Theresa Farnan have just released Get Out Now: Why You Should Pull Your Child from Public School Before It’s Too Late (Regnery, 2018).

The book is as serious and urgent as the title indicates. While describing the situation in America, it is fully applicable to what is happening here in Australia. The situation is really quite dire in America, and it seems that the only sensible option for concerned parents is to pull their kids out now before it gets even worse.

I hope to have a full-length review of this book up in the next day or so, but let me here offer just a few snippets from it. The authors make a very strong case that the public education system is now so far gone that it seems to be irredeemable – at least in the foreseeable future.

A paragraph in the introduction helps to set the tone for the book:

It’s time for an honest conversation about why we are losing our kids. Why are the children of patriotic Americans ready to believe the worst about their country? Why are the sons and daughters of committed believers becoming moral relativists and “nones”? Why are the children of well-grounded adults growing up unsure of “who they are” in the most basic sense—whether they are male or female—even as they embrace the mandates of identity politics?

Indeed, the opening chapters look at the madness of the transgender revolution which is being rammed down our children’s throats. The authors say that the militant LGBT gospel being peddled everywhere in our schools is the last straw, and demonstrates conclusively just how rotten to the core public education now is.

The breath, depth and rapidity at which this evil sexual agenda has permeated all aspects of our school system is a clear indication of just how radically the schools have changed over the past half century. Indeed, the schools that most of us went to are no longer recognisable.

The authors finish their book with these words:

American parents must face the reality that public schools are not going to improve in the next few decades. The political and ideological headwinds are too strong. As parents, you must first take care of your own children. It would be unthinkable to sacrifice your child’s future for the survival of the public school system. Look for alternatives: private school, parochial school, home school, cyber education, co-ops. Only you will be able to discern which school is right for your child. But we can assure you that if you are concerned about your child’s faith, intellectual formation, and patriotism, public schools are working against you. It’s time to get out, now.

But stay tuned for my full review of this very important and timely book. Australia is in the exact same boat as America is in this regard. Various radical leftist agendas have infiltrated and taken over almost all schooling in the West.

Victorians now face very uncertain times with a hyper-left government in place, hell-bent on pushing deplorable anti-child agendas. Parents who care about the moral and spiritual wellbeing of their children need to prayerfully and carefully look at various options other than the state school system.

Just yesterday a piece in the Herald Sun featured this headline: “More parents give school the flick.” It said this: “More Victorian families are shunning a traditional classroom education at school and are teaching their children at home with the number of home schooled students sky rocketing”.

That will increasingly be an option for many – as long as it is allowed to continue! Sure, not everyone may be able to home school, and other options will have to be looked at. But as I warned, all these options will be coming under further attack, and the future is looking very bleak indeed.

We may soon get to a place where perhaps the only viable option remaining is to pack up and leave and find a country that still honours traditional and Christian values, and still seeks to help, and not harm, our children. Some of these nations still exist – including a number in eastern Europe.

Maybe I will see you in Hungary!

As mentioned, here is my review of this important book: billmuehlenberg.com/2018/11/27/a-review-of-get-out-now-by-mary-rice-hasson-and-theresa-farnan/

36 Replies to “Education Wars: Raising Your Children in an Anti-Child Culture”