Let me tell you what absolutely terrifies me:

There are two things that horrify me greatly. I have mentioned them before, but they continue to trouble me massively. The first is how we are seeing right before our very eyes the growth of totalitarianism. Whether it is in Victoria, or Australia, or New Zealand, or America, or Canada, or England, or Europe – all over the West we see the dark cloud of tyranny descending upon us. 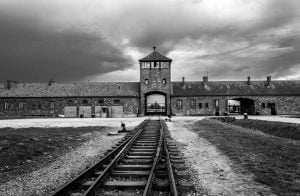 All the Rona hype and hysteria is tying in so very nicely to really scary moves under way – things like the Great Reset. This is NO conspiracy theory – it is 100 per cent real. I have documented the shocking aims and objectives of these globalist totalitarians elsewhere. Please have a read of some of these articles: billmuehlenberg.com/category/politics/the-great-reset/

The second thing that is so shocking to encounter – and may in fact be even worse than the first – is the ready and even gleeful acceptance of all this by the masses. The sheeple are so gullible, clueless, and swayed by fear, that they are embracing these dictatorial policies without a whimper.

As to this second concern, I can add another aspect to it that horrifies me even more; the number of clueless Christians falling for the idolatry of statism and being cavalier about church closures and other losses of religious freedom. They are fully defending the secular state in all this, while attacking other Christians who dare to be concerned about it.

I have encountered far too many of these folks, and they are a main part of the reason why the Big Brother Statists are getting away with all this. Instead of speaking out against it and providing a biblical bulwark against these unwarranted power grabs, they not only acquiesce to them but fully support them. No wonder we are in such a mess.

I mentioned the other day one classic example of this mindset. One gal, responding to pastors standing against church closures, actually said this to me: “God tells us to obey the laws of the land. Anyone who does not is deliberately sinning. These COVID rules are put in place for our safety.”

Wow. In addition to clear biblical illiteracy here – she should start reading passages like Acts 5:29 – this is such sad naivety and gullibility when it comes to the State. She really seems to believe our rulers only always have the very best in mind for us.

She clearly does not believe the tried and tested maxim about how power corrupts. When you have that much faith and trust in one of the most arrogant, aloof and anti-Christian leaders in this nation, that is a very odd sort of Christian. Real deal biblical Christians never make an idol out of the State.

One meme on this making the rounds on the social media says: “I’m 100% convinced that if the government said to drink toilet water tomorrow, half the country would do it – no hesitation.” Yep exactly, and here in Victoria probably two-thirds of the folks would rush out and do it! As one friend put it in response to the meme, “All we like sheeple have gone astray. Very sad.”

And there is no end to all the Christian sheeple. Others have taken me to task for daring to praise those who think that never-ending church lockdowns are just not peachy. As to the matter of pastors standing up to the State and seeking to keep their churches open, albeit in a responsible fashion, I mentioned one such pastor in Melbourne, Paul Furlong, in my earlier piece: billmuehlenberg.com/2021/02/16/lockdown-mania/

I know the guy – he is a champion, and he is willing to pay the price for the courage of his convictions. Yet as always, the “Christian” critics have come out in force. One is a far-left pastor that I have sadly had to discuss before. He tore into Paul, saying he was being irresponsible and just running with “baseless conspiracy theories”. He also accused him of bringing “disgrace” upon Christianity.

Um, it is actually this rather arrogant Pharisee and arm-chair critic who is doing great damage to the gospel. He takes pot-shots at other Christian leaders who have the courage to stand boldly for Christ, while he sits comfortably at home being smug and judgmental. I have no time for such folks – and neither did Jesus.

Another person was nowhere near as bad as this guy, but she did repeat some not-so-helpful things that we keep hearing in this regard. She said it is no big deal to have churches closed since we have things like zoom and other videoconferencing tools. She said that persecuted Christians in other countries can survive without going to church, so we should just “toughen up.” I replied to her as follows:

Thanks ****, but you are missing the point here on various levels, and you need to see the bigger picture. Those in persecuted countries who cannot meet together do NOT think that is a terrific thing, nor are they happy and glib about it. It is a real tragedy and loss for them, but they make do the best they can under such tyranny. This is not a good thing to wish on anyone. Thus it is not a matter for us to just ‘toughen up’ – it is a matter of all of us standing up for vitally important religious freedom – this is what this is about.

We are seeing tyranny unfold before our very eyes. That should concern every true Christian. And we should be doing all we can to stand against this, and not be glib about what is happening. Yes, a short term of “zoom” church is one thing, but it is NOT what God intends for his people. We are the Body of Christ. We should be meeting together, loving each other, hugging one another, taking communion together etc. Missing out on this for a few weeks is one thing. Having churches closed for months or years on end is another thing – especially when bottle shops and tennis matches and other non-essential services are allowed to be open.

As I say, there are two things that concern me mightily: never-ending statism, and the masses who willingly go along with it all. But my greatest concern would be all the Christians who go along with it as well. They seem to have no clue. They either do not know or do not care about what is happening.

Or worse yet, like the pastor-critic I mentioned above, they fully go along with it all. They will actually side with the secular state over against their own fellow Christians. Hmm, why does all this remind me of the warning given by Jesus:

“They will put you out of the synagogue; in fact, a time is coming when anyone who kills you will think he is offering a service to God. They will do such things because they have not known the Father or me. I have told you this, so that when the time comes you will remember that I warned you” (John 16:2-4).

Let me finish with two quotes that certainly are very relevant to the times that we are living in. Back in 2014 Thomas Sowell said this:

In the German elections of 1932, the Nazi party received 37 percent of the vote. They became part of a democratically elected coalition government in which Hitler became chancellor. Only step by step did the Nazis dismantle democratic freedoms and turn the country into a complete dictatorship. The political majority could have united to stop Hitler, but they did not. They fought each other over their differences. Some figured that they would take over after the Nazis were discredited and defeated. Many who plotted this clever strategy died in Nazi concentration camps. Unfortunately, so did millions of others. What such clever strategies overlook is that there can be a point of no return. We may be close to that point of no return.

And a meme making the rounds on the social media has a picture of a train track leading into the notorious Nazi concentration camp Auschwitz in German-occupied Poland. On it are these words:

Why is all of this sounding so frightfully familiar of late?

28 Replies to “This Is What Horrifies Me the Most”