In the US two states have recently decriminalised non-medical marijuana use: Colorado and Washington. US President Obama added fuel to the fire by saying, “I don’t think it is more dangerous than alcohol.” And in Australia the Queensland Premier is talking about allowing marijuana for medical use. 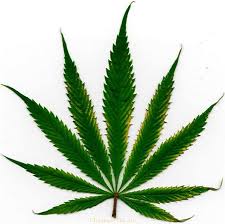 Campbell Newman said, “I am perfectly prepared to accept that hemp has potential to create drugs or treatments that might have a medical benefit for people. I believe this is something the Therapeutic Goods Administration or the National Health and Medical Research Council should be looking at.”

How are we to assess such developments? While entire libraries have been written on this, and I have written fully referenced research papers on these matters, let me here offer a very brief assessment. As to decriminalising marijuana for recreational use, the short answer to this madness runs as follows:

First, many studies have identified the dangers associated with cannabis use. Indeed, there are well over 10,000 scientific studies about marijuana and its effects. The findings reveal some alarming facts. Acute effects of cannabis use include: anxiety, panic, paranoia, cognitive impairment, psychomotor impairment, and increased risk of low birth rate babies. Chronic effects include: respiratory diseases, attention and memory loss or impairment, and cannabis dependence.

The Australian Medical Association has issued warnings on the health risks associated with smoking marijuana. Risks of cannabis use include memory loss, psychosis, impaired driving, hallucinations, asthma, and even lung cancer. Moreover, warned the AMA, one third to one half of detained patients admitted to psychiatric units in Australia are there because marijuana use has precipitated a relapse.

Numerous recent studies continue to point out the dangers of cannabis use. A recent article in Pediatrics made these conclusions: “Marijuana is an addictive, mind-altering drug capable of inducing dependency. . . . Marijuana should not be considered an innocuous drug. . . . There is little doubt that marijuana intoxication contributes substantially to accidental deaths and injuries among adolescents”. Another major study, as reported in the June 2000 issue of the Journal of Immunology reported that use of cannabis could cause cancerous tumours to grow faster.

The British Lung Foundation recently released a major report stating that “there is an increased negative health impact on those who smoke cannabis compared to those who do not smoke at all”. And a recent Australian study has found that marijuana use is a major factor in road accidents. The study found that earlier studies purporting to show that marijuana may in fact make driving safer were fundamentally flawed.

The late Australian brain and behaviour expert Dr John Anderson has looked extensively at the effects of long-term marijuana use on the brain. He says that in “terms of long-term functioning, [marijuana] is one of the worst drugs”. He said about 25 per cent of psychiatric patients who experienced psychotic episodes were cannabis users. And one Melbourne doctor who has treated drug addicts for two decades says that cannabis is destroying a generation of young men. Even though he wants to see the drug legalised, Dr John Sherman admits that “cannabis is causing huge harms in the community”.

The studies continue to come forth. A 2002 study found that teenage cannabis users drastically increase their risk of suffering mental illness. The findings, published in the British Medical Journal, say the risks of psychiatric disorders due to cannabis use are much higher than previously thought.

More recently Andrew Campbell of the NSW Mental Health Review Tribunal said that we are facing an epidemic of cannabis-induced psychosis. He said the drug is even more dangerous than heroin. He referred to a five-year study of the histories of mentally ill patients in NSW who had been committed to an institution or needed compulsory treatment. Four out of five of them had smoked marijuana regularly in adolescence.

Moreover, it is not just the user who suffers. Children born to mums who smoke marijuana also suffer. Babies born to pot-smoking mothers are more likely to experience growth retardation, and a range of health and behaviour problems later in life.

And it needs to be borne in mind that cannabis is becoming more and more potent. It is much stronger, because of higher THC levels (the “high” producing element of cannabis). Thus the grass smoked by hippies in the 70s was much less potent than today’s high THC cannabis. With increased potency comes increased health risks.

Because today’s marijuana may be as much as 15 times stronger than that smoked in the 1960s, it is much more dangerous. A recent report by the British Lung Foundation stated that marijuana was four times more likely to cause cancer than tobacco.

Second, cannabis is what is known as a gateway drug. Many if not most users of hard drugs came by the way of cannabis. True, not all cannabis users go on to the harder drugs, but most hard drug users began with illicit drugs like cannabis.

As one Melbourne policeman put it, “marijuana is the kindergarten of the drug world, with heroin its university, the only problem being there is no graduation or happy ending”. Or as drug expert Elaine Walters has remarked, “young people who do not use marijuana rarely become regular users of any other illegal drug”.

Third, opening the door to legalised marijuana usage will simply act as the thin edge of the wedge. Demands will soon be made for the legalisation of other drugs, for the cultivation of other drug crops in the home, and soon calls for the recreational use of various “hard” drugs will be heard as well. This in fact is the ultimate aim of the pro-legalisation lobby, as is clearly set forth in their writings.

Fourth, the link between drugs and crime applies to marijuana as well. As but one example, a study was made of homicide offenders in the New York State prisons. One-third of those who had ever used marijuana had smoked the drug in the 24-hour period prior to the homicide. Moreover, 31 per cent of those who considered themselves to be “high” at the time of committing murder felt that the homicide and marijuana were related.

The issue of the medical use of marijuana needs to be carefully examined. Many voices are calling for marijuana to be used to relieve pain and the side effects of cancer chemotherapy, among other things. However, as a National Institutes of Health (NIH) panel of experts has found, the evidence is not yet in on the medicinal value of marijuana. Both short-term and long-term risks associated with the medicinal use of marijuana have not been adequately determined, and therefore caution is urged in this area.

Another report to the US Government said that “there is insufficient medical and scientific evidence to support a conclusion that cannabis has an accepted medical use for treatment of any condition, or that it is safe to use, even under medical supervision”.

And a Sydney expert on marijuana, the late Dr John Anderson, has recently argued that marijuana trials would cause more harm than good. He acknowledges that there may be some efficacy to marijuana use, but that other, safer drugs are currently available for treatment. He believes the argument that marijuana has medicinal value will send out the wrong message, and people will ignore the possible harmful effects of marijuana use.

For these and other reasons, I strongly disagree with Obama and Newman. Marijuana is illegal because it is a dangerous drug which causes great harm. We do not need to open the floodgates here by decriminalising it.