As activist judges, a secular left media, and PC politicians all work overtime to implement the radical homosexual agenda, including homosexual marriage, the very people we should be listening to in this debate are being completely ignored and overlooked.

And this is even more important now that the US Supreme Court has decided to hold a hearing on homosexual marriage in April. As usual, the homosexual activists will get a terrific hearing, as they seek to shout the loudest and drown out competing voices. But it is the children that should be heard here. 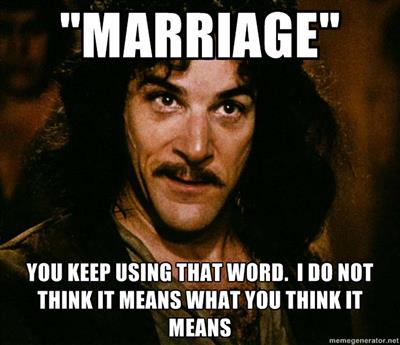 Indeed, in all the clamouring for homosexual marriage and adoption rights, one vitally important party to all this is conspicuous by its absence. What about the children? Why do we never consider their needs, rights and concerns? Why is it only the selfish lusts and wants of adults that we consider, but never the well-being of children?

We of course know the answer to those questions. The radical militants don’t actually give a rip about the rights of the child (to have their own biological mother and father, eg), but only care about themselves, and their destructive social engineering agendas.

Children are simply the abused pawns in the twisted games of adult activists. It is time that they got to speak up about all this. And some of them are starting to do just that. Children raised in homosexual households are beginning to tell their side of the story, and it is imperative that we listen carefully to them.

Recently four such adult children have spoken out against the radical agenda of the homosexuals, demanding that their needs and considerations be taken into account. I have written about some of these brave individuals before. Some, like Dawn Stefanowicz, have even written up their stories into a full-length book. See here for example: billmuehlenberg.com/2009/10/25/a-review-of-out-from-under-the-impact-of-homosexual-parenting-by-dawn-stefanowicz/

In recent court testimony she said this in part:

We are often forced to approve and tolerate all forms of expressed sexuality, including various sexual and gender identity preferences. As children, we are not allowed to express our disagreement, pain and confusion. Most adult children from gay households do not feel safe or free to publicly express their stories and life-long challenges; they fear losing professional licenses, not obtaining employment in their chosen field, being cut off from some family members or losing whatever relationship they have with their gay parent(s). Some gay parents have threatened to leave no inheritance, if the children don’t accept their parent’s partner du jour.
The special-interest GLBT groups and so-called support groups for kids sometimes act, or function, as fronts for a far darker side that silences, intimidates and threatens the children who want to share the truth, allowing only a politically-correct version of our childhoods to be heard. These special-interest groups support political and legal objectives toward same-sex marriage, ignoring the horrendous inequality, permanent losses and prejudice to children in the name of adult sexual rights. Children lose forever their rights to know and be raised by their married biological father and mother.

And some, like Robert Oscar Lopez, have told their stories in various articles. See here for more on him: billmuehlenberg.com/2014/10/23/the-ongoing-war-against-christianity/

He also gave a court briefing on this: “Children raised by same-sex couples face a gauntlet if they break the silence about the ‘no disadvantages’ consensus. In such a climate, I must conclude that placing children in same-sex couples’ homes is dangerous, because they have no space or latitude to express negative feelings about losing a mom or dad, and in fact they have much to fear if they do.”

Another one to give evidence was Katy Faust. She said:

Some adult children with gay parents shy away from making their thoughts about marriage public because we do not want to jeopardize our relationships with those to whom our hearts are tethered. Unfortunately, many gay-marriage lobbyists have made gay marriage the sole badge of loyalty to our LGBT family and friends.
The labels of bigot or hater have become very powerful and effective tools to silence those of us who choose not to endorse the marriage platform of many gay lobbyists. For much of my adult life I was content to keep my opinions on the subject of marriage to myself. I was (and still am) sickened by the accusation that I was bigoted and anti-gay for my belief in natural marriage.
For many years those devices kept me quiet. I didn’t seek a venue where I could share my views. But I have come to realize that my silence, and the silence of others, has allowed for the conversation to be dominated by those who claim that only animus, ignorance, or indoctrination could lead one to oppose “marriage equality”.

Faust has just penned a very important article on the case against homosexual marriage in light of the upcoming SCOTUS ruling, which is well worth quoting from:

This debate, at its core, is about one thing. It’s about children. The definition of marriage should have nothing to do with lessening emotional suffering within the homosexual community. If the Supreme Court were able to make rulings to affect feelings, racism would have ended fifty years ago. Nor is this issue primarily about the florist, the baker, or the candlestick-maker, though the very real impact on those private citizens is well-publicized. The Supreme Court has no business involving itself in romance or interpersonal relationships. I hope very much that your ruling in June will be devoid of any such consideration.
Children are the reason government has any stake in this discussion at all. Congress was spot on in 1996 when it passed the Defense of Marriage Act, stating: “At bottom, civil society has an interest in maintaining and protecting the institution of heterosexual marriage because it has a deep and abiding interest in encouraging responsible procreation and child-rearing. Simply put, government has an interest in marriage because it has an interest in children.”

She goes on to argue that children have a fundamental right to be loved by their own mother and father:

Like most Americans, I am for adults having the freedom to live as they please. I unequivocally oppose criminalizing gay relationships. But defining marriage correctly criminalizes nothing. And the government’s interest in marriage is about the children that only male-female relationships can produce. Redefining marriage redefines parenthood. It moves us well beyond our “live and let live” philosophy into the land where our society promotes a family structure where children will always suffer loss. It will be our policy, stamped and sealed by the most powerful of governmental institutions, that these children will have their right to be known and loved by their mother and/or father stripped from them in every instance. In same-sex-headed households, the desires of the adults trump the rights of the child. Have we really arrived at a time when we are considering institutionalizing the stripping of a child’s natural right to a mother and a father in order to validate the emotions of adults?…
This is not about being against anyone. This is about what I am for. I am for children! I want all children to have the love of their mother and their father. Being for children also makes me for LGBT youth. They deserve all the physical, social, and emotional benefits of being raised by their mother and father as well. But I fear that, in the case before you, we are at the mercy of loud, organized, well-funded adults who have nearly everyone in this country running scared.
Six adult children of gay parents are willing to stand against the bluster of the gay lobby and submit amicus briefs for your consideration in this case. I ask that you please read them. We are just the tip of the iceberg of children currently being raised in gay households. When they come of age, many will wonder why the separation from one parent who desperately mattered to them was celebrated as a “triumph of civil rights,” and they will turn to this generation for an answer. What should we tell them?

Thank God that this courageous quartet (and others) have decided that they must speak out in the interests of defending children, marriage, family, and society itself from the ongoing attacks of the militants. For too long the radicals have been the sole voice heard in these debates. It is time that the children who are so heavily impacted by all this get a chance to be heard as well.

21 Replies to “Homosexual Marriage: Listen to the Children”