Those who reject this radical social agenda will be punished. It is that simple. And that is happening all over the West. I have already written about Obama’s draconian edict which will punish every school that does not fall down before the trans altar: billmuehlenberg.com/2016/05/14/obamas-declaration-war-children/

And none of this should surprise us. The long march through the institutions by the cultural Marxists has been proceeding nicely, with their long term agenda of destroying the West and its core values of faith, family and freedom now nearly complete.

When we first read prophetic novels penned a half century ago warning us about all this, such as 1984 and Brave New World, none of us would have guessed that a radical war on sexuality, biology and reality would be at the vanguard of this revolution. 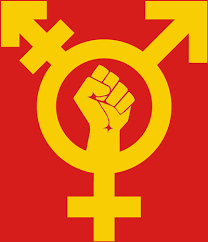 But that is exactly what we are now seeing. Right before our very eyes we are witnessing the sexual anarchists’ war on everything. And it sure is scary. And everyone is impacted by this – most importantly, and most frightfully, our children.

They are the real victims of this homo and trans war on all things. Consider all the school children in America who will suffer because of Obama’s nefarious decree. And all this is not just taking place in the US. It is happening here as well. In neighbouring New Zealand we have this shocker of a news item:

“A popular Auckland primary school has been praised for installing a unisex toilet to help a 6-year-old transgender pupil feel safe and accepted. The toilet was installed earlier this year with the support of the Board of Trustees and the Education Ministry after the child’s transition from boy to girl.”

Good grief. When I was six years old I could not decide what colour socks to wear, let alone decide on my sex. This is madness, and it is a form of child abuse to be pushing this trans agenda. And here in Australia we have the Greens and Labor all pushing the horrible “Safe Schools” program.

The Victorian premier has especially shown his cultural Marxist colours here, defying a federal revision of it, and saying it will be compulsory for every Victorian school. Tough luck to those who dare to resist. As Miranda Devine wrote today:

“But woe betide those who try to push back. You will be called a ‘bigot’ by Labor leader Bill Shorten and Victorian Premier Daniel Andrews, your Facebook page will be censored and your perfectly reasonable, private letters of concern sent to the Premier’s office will be published online and ridiculed.”

This is no mere theoretical persecution. It is happening right now. Let’s go back to America, where in New York City you can actually be fined $250,000 for calling a transsexual person “he” or “she” instead of a ‘ze’ or ‘hir’. Yes you heard that right.

The city’s Human Rights Law “requires employers (landlords, and all businesses and professionals) to use an (employee’s, tenant’s, customer’s, or client’s) preferred name, pronoun and title (e.g., Ms./Mrs.) regardless of the individual’s sex assigned at birth, anatomy, gender, medical history, appearance, or the sex indicated on the individual’s identification.”

Or what if some people insist that their title is “Milord,” or “Your Holiness”? They may look like non-gender-related titles, but who’s to say? What if someone decides that one of the 56 genders is indeed especially noble or holy and that those really are the preferred gender terms? Or even if “Your Holiness” is understood as purely religious (again, why would that be so, given that the point is that people are supposed to be free to define their own gender self-conception and the words that go with it), presumably the same logic that applies to gender-related self-chosen titles would apply to religion-related self-chosen titles. Both sex and religious discrimination are, after all, prohibited by the same laws; by the City’s logic, if you call a Catholic priest “Father,” you’d have to use whatever other self-chosen religious titles people insist on. Nor is the mandated “ze”-talk analogous to simple requirements that people be treated the same regardless of race or religion (requirements that may themselves be constrained by the First Amendment in some situations). The analogy would be if the government demanded that people have to be addressed using their own preferred race- or religion-linked titles — hypothetically, enforcing people’s demands that “you need to use the title ‘Sun Person’ when you refer to me, because I’m black,” or “you need to use the title ‘rav’ with me because I’m Jewish,” or “you need to use the title ‘friend’ with me because I’m a Quaker,” or “you need to address me as ‘thee’ rather than ‘you’ because I’m a Quaker.” Such a requirement would be just as bad as the “ze” one.
And this isn’t just the government as employer, requiring its employees to say things that keep government patrons happy with government services. This is the government as sovereign, threatening “civil penalties up to $125,000 for violations, and up to $250,000 for violations that are the result of willful, wanton, or malicious conduct” if people don’t speak the way the government tells them to speak. Nor is this likely to stay in New York City: The New York officials are arguing that this is just what the New York gender identity discrimination ban requires, and indeed it is part of the standard ideology expressed by many transgender rights activists; the same logic would be easily applicable by jurisdictions that have gender identity discrimination bans, or will have such bans; the federal government is taking the view that existing federal bans on sex discrimination also in effect ban gender identity discrimination, and the New York analysis would equally apply to that view; and the Equal Employment Opportunity Commission has already taken the view that it is illegal under federal law to persistently call employees by pronouns that correspond to their anatomical sex but not their gender identity, though it has not yet had occasion to opine about “ze.”
Feel uncomfortable about being forced to use terms that express social status views (“Milord”) or religious views (“Your Holiness”) that you may not endorse? Well, you should feel uncomfortable about people being forced to use “ze,” which expresses a view about gender that they might not endorse. And, more broadly, I think we should all feel uncomfortable about government regulators forcing people to say things that convey and support the government’s ideology about gender.

This is all part of “The Transgender War Against Human Rights, Science, and Consent” as Stella Morabito and Joy Pullmann carefully explained in a recent article. The article is well worth quoting from at length:

If the LGBT lobby had an accurate vision statement, it would probably read something like this: “No one shall speak freely to another human being.” If that sounds a bit odd to you, then consider how ferociously the LGBT lobby has been fighting free expression.
On the heels of the Supreme Court Obergefell decision that forced states to legally sanction same-sex marriage, we have seen a flurry of censorship laws disguised as sexual orientation and gender identity non-discrimination (SOGI) laws. They’re the sort of laws that can result in a $250,000 fine in New York if you “misgender” a transgender person. They can also shut down your business and bank accounts if you politely recuse yourself from applying your artistic talents—whether in flower arranging, cake designing, or photography—to celebrating a same-sex wedding.
The vitriolic reaction of the LGBT lobby to honesty from Americans about their consciences, religious beliefs, scientific knowledge, and political stances shows that their agenda boils down to shutting down free speech….
But it has become quickly clear that the LGBT lobby was merely using Americans’ love of freedom against us. They were packaging speech bans and economic conscription inside the stars and stripes. Their favored laws prioritize the ability of a tiny minority to compel everyone else to affirm their desires over everyone’s ability to discuss the issue honestly. Remember: transgender folks comprise 0.03 percent of the U.S. population, while children and adult women comprise some 62 percent.
When put that way, most Americans will disagree. So they have to be barred from discussion with smears of “bigotry” and “hate.” But we all know that disagreeing with someone does not mean hating them. It means that an issue is open for discussion, that’s all. If it cannot be open for discussion, we have now entered a totalitarian state in which people’s private thoughts and actions are now grounds for political control.
The horrors repression at this level sparks are precisely why the rights to free speech and association are enshrined in our Constitution, while rights to others’ good opinion and cooperation are not. Free speech is more important than protecting feelings, because without the former a free society cannot exist.

The totalitarian nature of these activist groups is nicely summarised in the concluding paragraphs of this article:

What Happens Next?
The great irony of the gay rights agenda is that, ultimately, it’s not about gay rights or transgender rights. They always follow censorship with further centralized power in the state.
Using law to suppress free speech in the name of equality is characteristic of the urge to use centralized state power to promote unique and, frankly, warped agendas. This sort of equality requires having resentments to cultivate and victims to exploit—and state power that “protects” said victims by suppressing all opposing points of view.
The risks inherent in this are deep and frightening. State power feeds on itself. Lenin exploited workers and Mao exploited the peasants, all in the guise of being their “vanguard” and giving them equality. Anyone at the HRC who truly loves freedom will come to rue the day it yielded to the urge to use state power to suppress free expression in the name of equality for gays and transgenders.
This latest attack against the First Amendment is unquestionably another act of war against freedom of conscience and expression. That makes it a campaign against human rights. By killing freedom of religion and speech, it also kills freedom of association. It stunts our growth because it causes people to become more polarized and fearful about sharing perspectives. That’s perfect for a centralized surveillance state. But it’s tragic for true human friendship and love.

Yes all this makes for the perfect storm. Everything the cultural Marxists have long dreamed of – the centralised state, the crackdown on freedom, the erosion of church and family, and the perversion of morality – are all coming together so very nicely with the homosexual and transgender assault on everything.

16 Replies to “The Trans Blitzkrieg: Coming Soon To a Home, Church and School Near You”