Is Facebook just a popular social media site, or is it in fact a major promoter of radical agendas and political correctness? The evidence is mounting up: FB is in bed with the homosexual and transgender activists, and other leftist groups, and is in full censorship mode, blocking and banning alternative points of view.

Consider a news item I noted and saved from way back in October 21, 2010 – the headline read: “Facebook Teams Up with Gay Activist Orgs to Stop ‘Hateful’ Comments”. Six years ago FB decided to team up with the Gay and Lesbian Alliance Against Defamation (GLAAD) to remove what it said was anti-homosexual references from its site. GLAAD President Jarrett Barrios even proudly put out a press release on this: 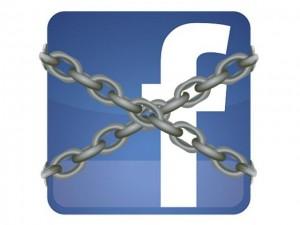 This violent, hateful speech has no place in our media – whether it is in print, on the airwaves or online. Facebook has taken an important first step in making social media a place where anti-gay violence is not allowed. Our community needs to continue to be vigilant and report instances of hateful comments and images across the site to Facebook moderators as well as post messages of support for lesbian, gay, bisexual and transgender youth.
So this has been FB policy for quite some time now. But even just in the past few days we have seen more and more ugly examples of the FB mafia at work, suppressing content that does not line up with its radical secular left agenda. Not that this should be surprising to Christians and conservatives who have had to deal with FB over the years, and have been sent to the FB sin bin.

Let me begin with an overseas story. Gizmodo, a tech site, published a story about all this which has not really surprised many of us. Let me offer the opening paragraphs from a lengthy article of theirs on this matter:

Facebook workers routinely suppressed news stories of interest to conservative readers from the social network’s influential “trending” news section, according to a former journalist who worked on the project. This individual says that workers prevented stories about the right-wing CPAC gathering, Mitt Romney, Rand Paul, and other conservative topics from appearing in the highly-influential section, even though they were organically trending among the site’s users.
Several former Facebook “news curators,” as they were known internally, also told Gizmodo that they were instructed to artificially “inject” selected stories into the trending news module, even if they weren’t popular enough to warrant inclusion—or in some cases weren’t trending at all. The former curators, all of whom worked as contractors, also said they were directed not to include news about Facebook itself in the trending module.
In other words, Facebook’s news section operates like a traditional newsroom, reflecting the biases of its workers and the institutional imperatives of the corporation. Imposing human editorial values onto the lists of topics an algorithm spits out is by no means a bad thing—but it is in stark contrast to the company’s claims that the trending module simply lists “topics that have recently become popular on Facebook.”

Writers at the Federalist went on to comment about this worrying censorship:

You read that correctly: Facebook’s news curators regularly went out of their way to make sure coverage from conservative sites like The Blazerarely found its way into Facebook’s coverage of trending news topics.
Facebook’s trending topic blacklist protocol is especially egregious, because it gives its news curators multiple different ways of preventing conservative news or conservative news outlets from ever seeing the light of day. According to former news curators for the tech giant who talked to Gizmodo, the company first determines who is and isn’t a “preferred” news site. Based on that determination, the curators then have the power to blacklist any trending topic that isn’t sufficiently covered by the “preferred” sites.
Want to block coverage of the blockbuster Planned Parenthood videos that showed how the abortion provider went out of its way to harvest and traffic organs ripped from healthy, unborn babies, but without explicitly blocking that particular topic? Easy: just pre-emptively exclude organizations that covered the story from your list of preferred news providers. Or, if that’s too much work, just manually manipulate the trending topic so it tells the exact opposite story from the one that is actually trending. And then, if anybody gets wise to the racket, just tell them the choice was totally up to you and not dictated from above, as if that somehow makes deliberate blacklisting or censorship perfectly acceptable.

And then we have the story of American commentator Todd Starnes and his experience of Big Brother censorship from FB:

I am the bad boy of Facebook. I earned that badge of honor back in 2013 when Facebook blocked my page and removed a message I had posted that invoked Paula Deen, the National Rifle Association and Jesus Christ. Here’s what I wrote: “I’m about as politically incorrect as you can get. I’m wearing an NRA ball cap, eating a Chick-fil-A sandwich, reading a Paula Deen cookbook and sipping a 20-ounce sweet tea while sitting in my Cracker Barrel rocking chair with the Gaither Vocal Band singing ‘Jesus Saves’ on the stereo and a Gideon’s Bible in my pocket. Yes sir, I’m politically incorrect and happy as a June bug.”
The folks over at Facebook took great offense to that message. “We removed this from Facebook because it violates our Community Standards,” Facebook wrote me. “So you’re temporarily blocked from using this feature.” I wasn’t even allowed to post our daily Bible verse—a popular feature called “Morning Glory—Start Your Day Inspired.”
For the record, I really do have a Cracker Barrel rocking chair, I’m quite fond of sweet tea, I love Chick-fil-A, I’m a huge fan of Southern Gospel music, I own several Paula Deen cookbooks, and I’m a proud member of the National Rifle Association. Does that make me a bad person? I was genuinely perplexed by Facebook’s censors—befuddled even.
So I decided to investigate Facebook’s community standards—which at best—are rather vague. Among its commandments were bans on nudity, bullying, harassment, graphic content, pornography and spam. For the record, I require all of our followers to wear pants. It is true that one of my daily postings included some spam—a delicious recipe for a fried spam sandwich.
It’s even more puzzling that they would target a patriotic, conservative website like mine when they allow a host of vulgar, violent and pornographic sites to stay in business. Among the sites I found just this morning:
“(Expletive) Donald Trump”
“(Expletive) Sarah Palin Hoe (Expletive)”
“Tea Party Can Kiss My (Expletive)”
“Rush Limbaugh Is an Abject (Expletive)”
Had I been reading Saul Alinsky’s Rules for Radicals, wearing a Planned Parenthood ball cap and smoking a joint, Facebook would’ve left me alone. Facebook’s decision to block me generated quite a bit of outrage. Don’t choke on your Fruit Loops, but even the folks over at The Washington Post came to my defense.
And a few hours after banning me, Facebook had a change of heart. “A member of our team accidentally removed something you posted on Facebook,” they told me in an email. “This was a mistake and we sincerely apologize for this error.”
Since that fateful day, I’ve noticed that my page has been subjected to random censorship by the Facebook gods. I’ve received dozens of complaints from readers who tell me my content no longer appears on their pages. In some cases, Facebook won’t allow them to share my postings. And I’ve lost count of the number of fellow conservative writers whose pages have been blocked, banned or censored.

Things are no better here in Australia it seems. Many of us have experienced the PC censors from FB at work. Consider a story in today’s press:

A vocal critic of the controversial Safe Schools Coalition has accused Facebook of censoring its conservative viewpoint after a newspaper article that it shared at the weekend mysteriously disappeared. The article, published in The Weekend Australian, had highlighted cases of the gender and sexual diversity program being taught in primary schools, despite it being intended for secondary schools only.
Christian lobby group Family Voice Australia uploaded the article, titled “Kids of 7 learn ‘gender diversity’ from Safe Schools Coalition”, at 11am on Saturday and by mid afternoon it had generated hundreds of “likes”, shares and comments. When a site administrator checked the page again at about 7pm, the article was gone, leaving in its place a message advising the account had been “sending out spam”.
Family Voice also claimed this was not the first time its posts had been deleted, with several articles it shared last year about its traditional view of marriage also disappearing. Last month, John Dickson, who runs the Centre for Public Christianity, revealed that an opinion piece he had penned and uploaded to Facebook was removed for failing to adhere to “community standards”. The article had called for a more respectful debate on same-sex marriage.
Family Voice spokeswoman Ros Phillips yesterday told The Australian that the group was “very concerned” about the increasing censorship of conservative views on social issues. “Australians are being denied their right to know important information that could affect their views on current debates,” Ms Phillips said. “Whatever happened to democracy and free speech?”

Way to go Ros and FamilyVoice. But all this is just the tip of the iceberg. And it will likely just keep getting worse. As to solutions, that is another matter. Giving FB the flick is one possibility. Perhaps a family- and faith-friendly alternative site might be established.

But however we deal with this, we must be aware that this is how FB operates. And of course it is how much of the mainstream media and WWW operates. As always, that is why CultureWatch exists: to get truth out into the public arena when it is being suppressed by most other groups.

And yes, I will post this on FB as well – we will see how long it lasts there.