An early Christmas present has just come our way, and it is worth publicising and celebrating. In the culture wars you win some and lose some. It seems like we are losing more often than winning. Thus it is fantastic when we have not just one but two big victories in one day. 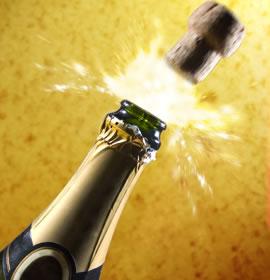 Many have sadly passed, but this afternoon two of his more outrageous bills were defeated. That calls for not one but two celebrations: time to pop the champagne. The first bill was an outrageous attack on religious freedom. It just very narrowly was defeated, with a tied vote.

One of the champs fighting this in Parliament was DLP MP Rachel Carling-Jenkins. She said this:

The Equal Opportunity Amendment (Religious Exceptions) Bill has just been defeated in the Legislative Council, with a tied vote of 19 each way. This is a win for fundamental freedoms and the right of parents to choose a meaningful (not compromised) faith-based education for their children. Many thanks to everyone who has taken an interest in this bill and made their views known.

Needless to say the lunar left was not thrilled about this outcome, including the left-wing media. The Age was certainly not happy. Their report said in part:

A controversial equal rights bill has been knocked back after conservative micro-party MPs in Victoria’s upper house united with the Coalition to vote it down. The government had attempted to change equal opportunity laws that would have made it harder for religious organisations and schools to discriminate against employees based on their faith or sexuality. The bill was defeated in the upper house on Tuesday afternoon.
The bill would have introduced an “inherent requirement” test, ensuring religious groups and schools could only discriminate against employees based on their sexuality or beliefs if they could prove it was central to their job.
Equality Minister Martin Foley said the Liberals were “either for equality or they’re not”.
“Their arguments were completely devoid of empathy and a willingness to consider that all Victorians should experience equal rights,” he said. But Opposition attorney-general John Pesutto said the bill was never necessary and it had sought to remove “longstanding protection” for religious freedom.
“The Andrews government completely failed to demonstrate why this bill was necessary in the first place and it did not produce any examples justifying the need for change other than cases that would already offend existing laws,” he said. Religious groups had previously attacked the inherent requirement test as draconian and “anti-religious”.

As one analyst, Simon Kennedy, said about the defeat:

The Bill was a direct attack on religious groups in Victoria, as it restricted the ability of religious groups to make employment decisions based on whether a candidate or employee agreed with and practised the religion. The Bill would have restricted religious organisations; churches, mosques, synagogues, and temples, along with faith-based schools, welfare agencies and healthcare organisations from choosing to hire people who agreed with the religion.
The bill would have also diminished freedom of association for those who choose to associate around a common cause or set of values. Many people choose to associate with particular groups because of a shared set of values or having a particular cause or quality in common, such as same political or religious beliefs, advancing the cause of a race or ethnicity, sexual preference or other cause such as relief of poverty. But only religious groups and values would have been restricted by this Bill. Not political parties or clubs, not clubs for advancing minority cultures.

I had written about this odious bill a few months ago: billmuehlenberg.com/2016/09/05/anti-christian-bigotry-victoria/

So this was a terrific win for freedom of speech and especially for religious freedom. The second big win was the defeat of the equally diabolical “Births, Deaths and Marriages Registration Amendment Bill 2016”. This was another shocker of a bill, designed to please the 1 – 2 per cent of radical leftists, but alienate everyone else.

As one news report put it:

Victoria’s bid to let people change their gender on their birth certificates has been defeated in the state’s upper house. The Births, Deaths and Marriages Registration Amendment Bill 2016 was introduced to parliament by the government earlier this year and if passed, would allow people to change their sex in their birth registration and provide documentation acknowledging a person’s new name and sex.
Opposition spokesman John Pesutto said the bill went “too far” and was driven by “ideology, not common sense”. Greens spokesman Sam Hibbins called on the government to consider reintroducing the bill. “Self-determination of gender on birth certificates is vital,” he said in a statement on Tuesday. “The Liberals have abandoned the LGBTI community and everybody that believes in fairness.”

The idea that we can simply change our gender like we change the colour of our socks is another nutter agenda item of the ideological left and the gender bender zealots. And of course it is completely nonsensical. The militant homosexual lobby insists that homosexuals are born that way and can never change – end of story.

But when it comes to “gender fluidity” we can be whatever we want whenever we want. The sky is the limit for whatever gender preference you might have, and no one is supposed to tell you otherwise. But homosexuality is innate and unalterable. Well sorry, but you can’t have it both ways.

So the idea that one can simply change one’s birth certificate to fit whatever mood you happen to be in on a given day is more leftist lunacy. And this is all part of sneaking in homosexual marriage. As Murray Campbell wrote a few months back:

Apart from the legal and social confusion arising from persons changing their identified gender, perhaps annually, the Government has created a back door for same sex marriage: A married man can choose to now identify as a women on his birth certificate, without having to divorce his wife. Or a unmarried woman may change her birth certificate to male and therefore be legally free to marry a woman, and should they choose 12 months later, change back to female without needing to divorce….
The births, Deaths and Marriages Registration Amendment Bill 2016 is the latest step in a social engineering agenda that has been moving in the background for many years and is now being championed by Daniel Andrews.

As I have said often before, the other side seems to never sleep or eat. It is so intent on destroying society and remaking it into their own disordered image that they are constantly on the go, always bringing in new bills along these lines to waste the time of our parliamentarians.

Instead of dealing with the vital issues of the day which impact all of us, Labor and the Greens simply run with one manic minority cause after another – causes which no one but a handful of activists are advocating for. It is time that common sense and rationality replace the gender bender and sexual anarchist agendas which are now crippling our governments.

But for now we have had two great wins in a row. Many thanks to everyone who worked so hard on these matters, lobbied MPs on this, wrote letters about it, and prayed fervently against it all. All your efforts have paid off big time. You are champions and we salute you.

28 Replies to “Terrific News in the Culture Wars”