By now most of you will be aware of the latest madcap idea to come from the Victorian government and its hard-core left Premier Dan Andrews. You may remember the guy: the one who tried to ban Christmas carols, the one who has waged war on religious freedom, and the one who gave us some of the world’s most liberal abortion laws.

Well, Andrews and Co obviously have far too much free time on their hands, since they recently came up with another absolute zinger of an idea. Consider this news item: “Victorian pedestrians could soon have an equal number of female and male walking signals in a big push for gender equality in the state’s road crossings.” 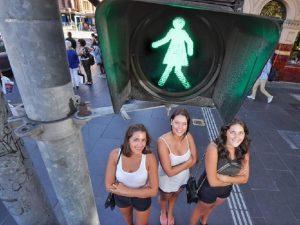 And yes, there are some moonbeam bureaucrats who actually believe in this wholeheartedly. The Committee for Melbourne CEO Martine Letts actually said this: “Unconscious bias reinforces stereotypes and influences daily decisions and attitudes … the Equal Crossings initiative will draw our attention to these issues in a practical and positive way”.

Good grief. Thankfully most folks blasted this moronic idea. A poll of nearly 14,000 people found a whopping 94 per cent are against the idea! And commentators have been equally scathing of this moonbattery. Columnist Rita Panahi for example put it this way:

Modern feminism would be an endless source of humour if so many comics weren’t themselves miserable Leftist scolds. On International Women’s Day it’s clear the feminist movement has been hijacked by the Regressive Left with a level of hypocrisy and inanity unmatched in public discourse; just when you think these dolts have hit rock bottom, they find shovels and start digging.
How can a movement that professes to be about women’s rights ignore the systematic subjugation of millions of Muslim women and instead fight for, er, female pedestrian crossings?

Yep, leave it to the feminists to ignore the real issues such as the Islamic war on women as they get all bent out of shape about street crossings. No wonder so few people take these folks seriously. They are a joke, and have become a caricature of themselves. The only thing worse than the loony fems are the dopey politicians who support all this nonsense.

Here we have a state riddled with corruption and crime, including the hyper-violent Apex Gang. Indeed, crime has skyrocketed by almost twelve per cent in Victoria over the past year. Yet all that Dan and his Labor Party mates can do is worry about ‘gender inequality’ in pedestrian walk signs. No wonder Victoria is going down the tubes so fast.

How much taxpayer money would be required to make such ridiculous PC changes? It would have to cost heaps. Never mind how all that money could be better spent on education and health care. But ideological activists like Andrews never care about the actual needs of the people – they only want to push their radical leftist agendas.

Catering to the loopy feminists here simply shows how out of touch the Labor Party is. And the hypocrisy is pretty bad as well. As some observant folks have pointed out, what about all the school crossing signs out there which feature – wait for it – a mother and child? Will half of these be pulled down and replaced with an image of a father and child? We do believe in gender equality in Victoria now don’t we?

So our roads are crumbling and our infrastructure gets worse by the day, yet all that these guys who are being paid with our hard-earned tax dollars can do is come up with this sort of idiocy. Victoria is touted as “The Place to Be”. Yeah right, it is the place to be if you have taken leave of your senses and are enslaved by radical PC agendas.

And isn’t this the same government that is telling us – via their much-loved Safe Schools programs and so on – that there is no such thing as male and female anymore? They have been at the vanguard of the transgender revolution, fully supporting the likes of Roz Ward and the other sexual revolutionaries at La Trobe University.

But the People’s Republik of Victoria has been pushing one loony left cause after another for years now. It even has its own “Equality Minister”. Yes, you heard that right. And consider this lulu of a headline: “‘Husband, wife’ now off limits, says public service guide”. The article begins:

Victorian government workers are being discouraged from using “heteronormative” terms such as “husband” and “wife” in a new guide to communicating with the LGBTI community. Instead, the workers are being schooled in adopting gender-neutral pronouns “zie” and “hir”.
The Inclusive Language Guide, which has been designed for use across the public sector, also warns against derogatory terms, such as “dyke” and “fag”, as well as “offensive questions”, including asking a transgender person whether or not they have had surgery. In his introduction to the guide, Victorian Equality Minister Martin Foley says the government’s responsibility is to keep people safe, including the LGBTI community. 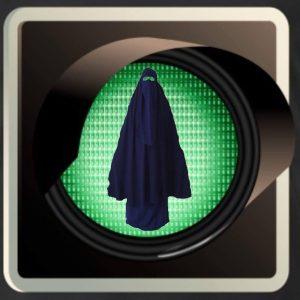 Given this radical gender bender crusade, why in the world is Victoria engaging in such a hateful and bigoted gender binary with its crosswalks? How dare they suggest that people are merely male or female? They need to get with their own radical programs and admit that gender is entirely a social construct without any biological basis whatsoever.

One’s gender is entirely fluid, and we are simply what we prefer to be. If I identify as a 600-pound pink aardvark who has a predilection for Krispy Kreme donuts, then who can dare suggest otherwise? Where is my street sign? Donut-loving oversized aardvarks of the world unite – we only have our chains to lose. End the discrimination now!

Indeed, if Dan Andrews wants to be at all consistent with all this gender bender rhetoric, he ought to feature street lights to truly reflect the diversity of all Victorians. With 6 million people living here, we ought to have at least 6 million different street signs to proudly reflect that diversity.

Why is Dan being so heteronormative and so out of touch with the real world of gender fluidity? We demand 6 million different crosswalk signs, and we want them now! Oh, and given the pro-Islam, anti-Christian agenda of the Andrews government, when can we expect to see crossing signs as pictured above?

I only just discovered that Victoria is woefully behind the times. Other municipalities have already gone the whole hog over gender diverse crosswalk signs. Consider this doozey from Europe, from two years ago:

Dozens of traffic lights in the Austrian capital have been changed to show gay couples crossing the road instead of the traditional lone figure. Vienna has changed the signal images at 120 pedestrian crossings – also showing heterosexual couples – in preparation for the Eurovision Song Contest.
Officials said the signals were a sign of Vienna’s open-mindedness. Toni Mahdalik of the right-wing Freedom Party of Austria called the initiative gender politics “gone mad”. He said the money would have been better spent on reducing poverty and improving unemployment figures.