The sexual militants are doing an absolutely terrific job of destroying Western culture. The radical sexual anarchists have been working overtime to dismantle everything that once made the West great. All that we value is in their sights: marriage, family, children, morality, biology and reality are all being crushed under the jackboots of the activists. 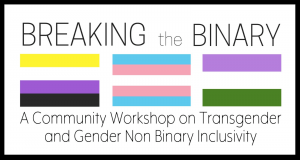 And it seems that the more this ugly agenda is being promoted, the more brainless and senseless things become. The other side has long ago renounced the use of reason, rationality and common sense – the militants just emote, shout a lot, and hate on everyone who dares to differ.

If you think their goals and policies are utterly nuts, you would be right – but it is no use trying to tell them that. They are convinced that they occupy the high moral ground, and they think their rabid sexual crusade trumps everything and everyone else.

Trying to get them to stop emoting and start thinking seems to be futile. And the sad part about all this is how many folks who should know better have jumped on board this sexual wrecking crew. How many leaders, politicians, media folks, academics and others have happily signed up to this militant agenda?

They may claim to be our elites, but they are really just fools, and we are much better off listening to the average Joe on the street than these deluded wonders. Indeed, give me the common man’s take on all these matters any day of the week.

Such folks have far more sense and sensibility than all these big-cheese leaders and intellectuals who are clearly lost in space. And at the risk of being accused of nepotism here, let me bring into this discussion one commoner who is far more reasonable and reliable than most of our brainless leaders.

I refer to my wife – who of course I regard as being much more than common – but she is simply a humble housewife for the most part, and not some paid professional, public commentator, or big-time leader. But she continually comes up to me with great words of wisdom on these and other issues of the day.

So I am more than happy to draw upon her insights and intelligent analysis. Let me mention just two recent items she shared some sharp commentary on with me – both concerning the toxic trans agenda. The first has to do with some recent news reports of how our schools – and others – have declared war on the binary.

Now, if you have no idea what that means, let me explain: it seems our eggheads and fruit loop politicians really hate the concept of binary in human sexuality – the idea that there are only two sexes: male and female. That is just too much for these militants, so they have declared an all-out assault on this evil binary.

Don’t believe me? Well, simply get a load of this left-wing lunacy from an activist Victorian academic. (Hmm, why are they always academics, and always from Victoria?) Check out this recent news item. It is a short piece, so I quote it in full:

Australian schools should adopt a non-binary approach to gender in a bid to support and educate “genderfluid” and “genderqueer” students, a new guide for teachers says. Even schools without students who identify as non-binary should “shift focus away from binary gender segregation because it is useful for all students”, said leading gender expert Professor Damien Riggs, of Flinders University.

This may include flying “genderqueer flags”, including non-binary examples in teaching and becoming non-binary advocates for students in relation to their parents and carers. It is used by teachers nationally and internationally and is widely promoted to teachers via social media, seminars and conferences. It suggests teachers should avoid dividing children on the basis of gender and let students use their preferred pronouns, which may include ze, hou and thon. Even the currently accepted “they/them” pronoun may not be favoured by non-binary students, the guide says.

Rather, teachers should “check in with people about their pronouns, and do this in a sensitive and confidential way”. Many non-binary people will first disclose their non-binary gender during their school years. A clip in the online resource quotes a non-binary student calling for teachers to become “allies for trans youth”, more “out” teachers and principals, more comprehensive sex education and more teaching about LGBTI issues.

Prof Riggs said “schools can be a positive education force in sharing knowledge and non-binary people”. He said many non-binary people will first disclose their non-binary gender during their school years. Prof Riggs has contributed to more than 150 publications about gender, sexuality and mental health. He is also a psychotherapist working with transgender children under 12, which informed the contents of the guide.
www.heraldsun.com.au/news/victoria/new-guide-calls-for-nonbinary-approach-at-australian-schools/news-story/c3894f00cbf9a5c40af6f2e4bff7592a

When my wife heard about this and related madness on the radio, she came up to me and rightly said this: ‘So, are they going to throw out all their computers then? Are they going to get rid of all the other technology which is solidly based on – wait for it – the binary system?’

That is, in the name of inclusion and diversity, they really need to start cleaning things out – after all, we don’t want this narrow-minded and intolerant binary business found anywhere in our schools. And if you still don’t get the connection, recall how computers and the like work. This from a “geek site”:

Computers don’t understand words or numbers the way humans do. Modern software allows the end user to ignore this, but at the lowest levels of your computer, everything is represented by a binary electrical signal that registers in one of two states: on or off. To make sense of complicated data, your computer has to encode it in binary.

Binary is a base 2 number system. Base 2 means there are only two digits—1 and 0—which correspond to the on and off states your computer can understand. You’re probably familiar with base 10—the decimal system. Decimal makes use of ten digits that range from 0 to 9, and then wraps around to form two-digit numbers, with each digit being worth ten times more than the last (1, 10, 100, etc.). Binary is similar, with each digit being worth two times more than the last.
www.howtogeek.com/367621/what-is-binary-and-why-do-computers-use-it/

Just how bigoted is that?! How intolerant! Free us from the binary! Liberation now! Now, if all that sounds a bit stupid, hey, it is no less stupid than the idiocy being promoted by these leftist academics. To claim that we can and should eliminate male and female is just as stupid as saying we should scrap the very basis of our computer technology.

Consider another moronic bit of trans nonsense which my wife also made some sensible remarks about. This one I actually wrote about in my previous article. It has to do with parents losing their own children to the trans behemoth. One appalling example of this goes as follows:

Canada’s Ontario province has passed legislation that allows the government to seize children from families that refuse to accept their child’s chosen “gender identity” or “gender expression.” The so-called Supporting Children, Youth and Families Act of 2017, or Bill 89, was approved by a vote of 63 to 23, according to The Christian Times.

“I would consider that a form of abuse, when a child identifies one way and a caregiver is saying no, you need to do this differently,” Minister of Child and Family Services Michael Coteau, who introduced the bill, was quoted as saying. “If it’s abuse, and if it’s within the definition, a child can be removed from that environment and placed into protection where the abuse stops.”
www.christianpost.com/news/ontario-passes-law-government-seize-children-parents-oppose-gender-transition-186332/?fbclid=IwAR3rezwdPJtqXXb8Wo9WA3RtX_DjdQR-VSPvunbNnOxCOs60Q4mZmbStqlE

When my wife read this she said words to this effect: ‘Children identify as all sorts of things – always have and always will. So, do we bend over backwards to accommodate to their every identification? Many a child identifies as being a fire fighter – so will they be allowed to join a fire fighting unit and head out to the next fire and endeavour to save lives? If not, why not?

If a child identifies as an airline pilot, in the name of inclusion and diversity and non-judgmental tolerance, will Qantas for example allow them to fly their airlines? If not, why not? Why all the bigotry and intolerance and lack of diversity?

After all, if reality is now determined solely by how and what someone identifies as, then there can be no limits. If a kid who still struggles in deciding what socks to put on in the morning can decide what sex they will be, then all these other identities must also be acknowledged and bowed down to.

End all the discrimination now! And while we are at it, I identify as a snooty, arrogant, big-deal academic, and I expect my pronouncements here to be taken seriously by the Victorian education department, by the Canadian government, and by the lamestream media.

I expect that I will be fully respected in all that I have written here, and that my remarks will get widespread coverage in all the usual media outlets. If not, why all the hatred and bigotry? If all these other elites can get away with saying stuff, why not me?

Madness is killing the West. And it is being spearheaded by the radical crazies pushing their sexual tsunami. We simply will not last much longer as a culture if all this madness is not stopped – and soon.