Children being thrown out of the classroom for saying there are only two biological genders. Teachers losing their jobs for saying the same thing. Star athletes losing their entire careers for simply quoting from the Bible on their own time. Males claiming to be females sending female athletes to hospital.

Churches embracing what the Bible has always called sin. Public libraries using tax dollars to have young children read stories by drag queens. Christian businesses being forced to close down for refusing to submit to the militant homosexual agenda. 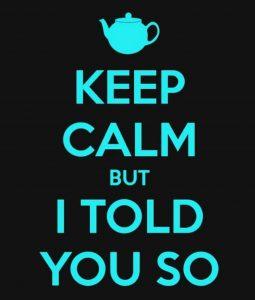 People arrested for simply declaring in public what almost everyone throughout human history believed about human sexuality. People fined for affirming the truth that marriage is between a man and a woman. Children too young to know what a puberty blocker is directed by adults into renouncing their natal sex. Tampons put in men’s bathrooms.

Welcome to the brave new world of the sexual revolution – particularly the bitter fruit of the radical homosexual takeover of the West. The world is unravelling before our eyes at such a rapid rate, that anyone living just a few short decades ago would be utterly amazed at the speed and degree of the decline.

There were some voices seeking to warn about all this decades ago. We especially warned that granting special rights to homosexuals, including the destruction of marriage along the way, would impact every single one of us, and open up a Pandora’s Box never again to be closed. Obviously our concerns fell on deaf ears.

While I have warned for over three decades about the tsunami of destruction that the sexual revolution is unleashing, I have been warning for over a decade about the consequences of legalising fake marriage. As I wrote nine years ago:

It is very common for homosexual activists to argue that granting special rights to homosexuals and legalising homosexual marriage will not impact on anyone in any way. They claim that faith-based communities have nothing to fear, and no one will be forced to embrace their lifestyle, and things will simply go on as normal.

Of course they are lying through their teeth, and they know it. They are being deliberately deceptive here. They know full well that everything will radically change. So they have to rely on subterfuge and deceit to seek to make their case. Both faith and family suffer tremendously when these radical social upheavals are inflicted upon the rest of the community.
billmuehlenberg.com/2010/12/10/same-sex-marriage-who-says-nothing-will-change/

I wrote article after article on this theme. Here are just a few of them:

While a few folks paid attention to the warnings and heeded the alarms, most did not. Most simply slept through the revolution. And now we are all paying the price for this moral and spiritual slumber. Simply consider the hyper-radical trans revolution.

No one was even thinking or talking about this a decade ago. Now it is everywhere, and children all over the West are being subject to radical child abuse as activist adults are foisting all this on them. So mainstream has all this become, that I have already penned over 180 articles on this.

One of my first pieces on this was written in 2008: billmuehlenberg.com/2008/04/05/pregnant-males-and-a-lost-civilisation/

Now we have the absolute insanity of American Democrat presidential contenders actually arguing – with a straight face – for abortion rights for biological males. In a debate last week, Julián Castro was asked about abortion funding. He answered:

“I believe in reproductive justice, and what that means is just because a woman — or, let’s not forget someone in the trans community, a trans female — is poor doesn’t mean they shouldn’t have the right to exercise the right to choose.”
www.huffingtonpost.com.au/entry/julian-castro-democratic-debate-reproductive-justice_n_5d141d98e4b0e455603742aa

Just a few short years ago a remark like this would have had him laughed off the stage – or booed off. Now it is seen as something completely normal – even something a potential leader of the free world would happily promote. Wow, talk about a moral, cultural and spiritual freefall!

But as always it is the diabolical war on children that is especially grievous to behold. Be it denying a child the right to a mother and father, or twisting their vulnerable minds into embracing a lie that biological sex is merely a social construct, the militants HAVE declared an all-out war on our children.

And one of the most recent and disgusting cases of this was written up in this report:

A west coast public library “Drag Queen Story Time” has evolved beyond drag queens reading pro-gay and pro-transgender books to kids to permitting children to frolic on the floor and lie on top of a man dressed as a woman. Photo evidence of children having inappropriate contact with drag queen Carla Rossi at Portland, Oregon’s St. John’s Library last October has been brought to the attention of LifeSiteNews. The photos are posted on the Multnomah County Library’s own Flickr account (Note: photos have been removed after LifeSiteNews published this report. The photos can be found here WARNING: Link leads to images of child abuse).

“I wouldn’t let my kids crawl on top of random strangers no matter how said strangers are dressed,” commented Kaeley Triller Harms on Facebook. “Even as a day camp counselor 15 years ago, we were pretty carefully trained about not giving kids piggyback rides or letting them sit on our laps,” continued Harms. “And if they asked for hugs, we took the side hug approach.”
www.lifesitenews.com/news/shocking-photos-kids-lie-on-man-dressed-as-woman-at-drag-queen-story-time

Wow. If a day-care centre or Sunday School allowed something like that to happen, they would have been shut down by now. And all this is not new. Two years ago the “Activist Mommy” wrote a piece on similar things, with the title, “Brazilian ‘Art’ Exhibition Promotes and Normalizes Pedophilia In A Disgusting Way.” The article and pictures of this are found here: activistmommy.com/brazilian-art-exhibition-promotes-normalizes-pedophilia-disgusting-way/

Also, we have this piece from a few months ago:

On Monday, 10-year-old Canadian boy Nemis Quinn Mélançon-Golden was featured in a troubling Huck Magazine piece highlighting the life of a so-called “child drag queen.” Young Nemis, whose drag name is “Queen Lactacia,” was shot by photographer Jonathan Frederick Turton for the spread. In one of the shots that did not make the magazine, Nemis, in full drag makeup and a black dress, is posing for a photo with the Season 7 winner of “RuPaul’s Drag Race,” Violet Chachki. In the shocking photo, Violet is wearing nothing but a pair of heels and a small piece of fabric covering his genitals
www.dailywire.com/news/42081/10-year-old-boy-dressed-drag-pictured-naked-amanda-prestigiacomo

Yet this is the logical endgame of the sexual revolution. It involves the “p” word. Many of the more honest activists have admitted that adult-child sexual relations is the last great taboo that must be eliminated altogether. It is time to wake up folks.

They ARE targeting our children, and they ARE softening them up to accept child-adult sexuality. Indeed, way back in 2011 in my book Strained Relations I documented plenty of this. For example, one early list of demands put out by the homosexual community included these items:

Two more short quotes from my book can be offered here:

And then we have had pro-homosexual authors writing in praise of lowering age of consent laws. One university press published a book by Judith Levine arguing that it is harmful to protect children from sex. In it she said age of consent laws should be reduced to 12 for sexual relations between children and adults.

Australian expatriate Peter Tatchell, a leading British homosexual activist, has made his views clear on under-age sex: “The age of consent should be reduced to 14 for everyone – gay and straight – and consensual sex involving people under 14 should not be prosecuted providing there is no more than three years difference in the partners’ ages.”

Um, the word is paedophilia in case you still don’t get it. The militant adults WANT our children. The sexual revolution may well be the most devastating, destructive and diabolical revolution of our time. And the culmination of this has always been the direct targeting of our vulnerable children.

We told you so – but most of you did not listen. Now we must all suffer the consequences.

20 Replies to “We Told You So: Everything Has Changed – For the Worse”