Yet another Christian school being targeted by the rainbow warriors.

I was worried there for a while. But then the homosexual activists in Australia told us in no uncertain terms that legalising homosexual marriage would have no negative effects on anyone. They insisted that nothing would change, and that what two people did in their own bedroom would have zero social impact.

Phew. After a few initial doubts, I began to relax, knowing that everything would continue as before, and that this new sort of marriage would have no bad outcomes for anyone else. It was so good of the activists to let us know that everything was just going to be fine with such a change in law. What a relief. 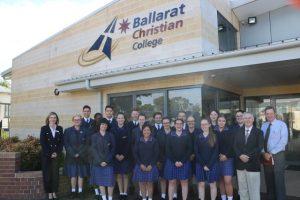 Sadly far too many clueless wonders – including far too many undiscerning and biblically-illiterate Christians – fell for that baloney hook, line and sinker. They eagerly swallowed the bait and even ended up voting for fake marriage. They thought it was all about love and acceptance and tolerance.

They were as deceived as they were delusional. They were dunces who did not bother to think straight, and they so easily and so readily fell for the propaganda. Of course for many years some of us made the case that EVERYTHING would change. We warned that this would be a full-frontal attack on faith, family and freedom.

We alerted people to what was going on overseas, and we alerted folks to the real agenda behind the fake marriage move. Yet our warning mainly fell on deaf ears. Now we are all paying the consequences for refusing to face reality and refusing to see past the lies of the militants.

In addition to all the cases I have documented on this site of people losing their jobs or of being fined for daring to stand against the rainbow tsunami, there have been many other cases that have never been made public thus far. But since I am privy to a number of them, I wrote about the hidden cases of persecution here: billmuehlenberg.com/2019/08/27/the-persecution-of-christians-is-real/

But the cases keep on coming. Here we have yet another example of Christians being targeted by the activists. This time we have a Christian school in Ballarat in the crosshairs of the rainbow warriors. A pro-homosexual teacher, with the support of a militant homosexual lobby group, is going after this school for affirming biblical ethics. As one article states:

A Victorian teacher has launched legal action against a Christian college claiming she was discriminated against over her political and religious beliefs in support of same sex marriage, setting-up a test case over faith-based protections for religious schools.

Former Ballarat Christian College teacher Rachel Colvin — backed by Equality Australia — lodged the claim with the Victorian Civil and Administrative Tribunal this week ahead of the school being served on Tuesday. The Weekend Australian understands Ms Colvin, who had been employed between 2008-11 before returning part-time in July-2016, resigned in February following failed attempts to keep her on staff.

Ballarat Christian College principal Ken Nuridin said Ms Colvin’s claim alleges discrimination in breach of the Equal Opportunity Act 2010 (Victoria). Clause 8 of the school’s enterprise agreement lodged with the Fair Work Commission in 2017 states “all employees are expected by the college to possess and maintain a firm personal belief consistent with the Statement of Faith of the college”.

Following same sex marriage being legalised in December, 2017, the school amended its Statement of Faith through its constitution outlining its position on marriage. “A marriage can only be between a male and a female, and upon this foundation alone should children be conceived and families formed,” the constitution says. www.theaustralian.com.au/nation/politics/teacher-sues-school-in-faith-test-case/news-story/c1fe927596ab3db1662349debb7c2497

Hey, nothing will change, they promised! Here we go again. The head of Christian Schools Australia, Mark Spencer, sent out an email to supporters with this title: “Religious Freedom Under Threat – Urgent Prayer Request.” In it he said this about the case:

The school had made public its views on marriage as far back as 2015, before the teacher making the claim was most recently re-employed. At that time, as many may recall, the school had to close temporarily after vandals targeted the school after it publicly opposed marriage equality. Following same sex marriage being legalised in December, 2017, the school amended its Statement of Faith through its constitution to more explicitly outlining its position on marriage in accordance with orthodox, historical, Christian teaching.

According to the report in the Herald Sun Equality Australia is backing the claim with the CEO of Equality Australia, arguing that Christian schools should not be able to enforce adherence of staff with their statements of faith. These statements and the support of Equality Australia for this claim fly in the face of their arguments that protections for religious freedom are unnecessary. By their own statements and actions they clearly demonstrate the urgent need for clear and strong protections for religious bodies in the Commonwealth Government’s Religious Discrimination Bill.

As I have said countless times now, the endgame for the homosexual activists has never been about marriage. The overwhelming majority of homosexuals have never even wanted marriage. That was only ever a symbol. The real goal was always the complete and total acceptance and endorsement of the homosexual lifestyle and agenda.

Along with it, the final goal is to shut down all opposition. All dissenting voices must be silenced, and all individuals and institutions which do not bow the knee at the altar of homosexual hegemony must be smashed. The militants have long said that this is their agenda.

Yet most folks refuse to believe them, even when they tell us their clearly-stated aims. Today it is Ballarat Christian College. Tomorrow it will be another Christian institution, or school, or church, or leader, or pastor, or priest. This will not end until all contrary voices are forever silenced.

We tried to tell you so. We really did. But too many folks closed their ears, shut their eyes, and turned off their ability to think critically. Now we are all paying the price. At this rate, it seems that soon enough all of the remaining true believers will be learning all about the joys of prison ministry.

21 Replies to “Anti-Christian Bigotry: It’s a Good Thing Nothing Will Change!”